10 Surprising Truths I Learned About A No Strings Attached Relationship

When I first heard about the no strings attached relationship concept, I was still in college and puzzled. I could never imagine a physical relationship being so casual in nature. The thought of getting naked with someone and then treating the whole episode like a brief conversation was tough to digest. I tried to visualize the concept. Perhaps you meet someone at a random bar, hit it off, and then head straight to either your place or his. Fuelled by alcohol, you both get to it. Perhaps this is the best sex of your life, and then it’s over within the next few minutes. Then, you pass out until the next morning when one of you wakes up before the other, grabs their jacket and shoes, and dashes to the door without turning back. You don’t call or see this person for the next few weeks or years, or if you do see each other, it’s only to hook up again. This either continues or eventually dies out. That is a casual relationship.

It’s convenient, fun, and doesn’t take up too much time and effort. There are no strings attached because the relationship has no expectations whatsoever. You are not obligated to know and remember the other person’s birthday, favorite color or diet preferences! There are no feelings, no lovey-dovey text messages following the amazing sex you’ve had, and no tolerance for each other’s habits required.

Although the casual sexual relationship wasn’t a common phenomenon in the little town I grew up in, I see that it has gained popularity for some extremely logical reasons. Here are some surprising truths I found out about the concept of having a no strings attached relationship.

1. You can still remain friends after it’s over

After some great sex minus the drama that most relationships usually come with, you can sometimes still remain friends. My ex-colleague was hooking up with a guy from her team and this continued for almost a year until they mutually decided to stop. They continue to be friends and occasionally hang out for drinks. She mentioned that it was a strange feeling in the beginning, but then she gradually became accustomed to it. The best part about this friendship she explained was “the ability to still face each other without feeling bitter,” as compared to going through a breakup. Many exes are not able to remain friends because the nature of their past relationship was more than just sex. With the many complicated feelings involved after a breakup, friendship is not always possible.

The one common thing that a lot of people who have been in a no strings attached relationship rave about is the sex itself. Unlike the typical relationship in which sex becomes mechanical and the passion sometimes diminishes, sex in this one is something people look forward to – probably because that’s the only thing there is to the whole relationship! This relationship is fodder for people who just want that one thing. When asked about this, my ex-colleague nonchalantly replied that the reason the sex is great in a no strings attached set up is because you don’t get “tied down” while having to “fulfil” all the other requirements a regular relationship needs. Friends with benefits are often discussing new positions and want to get better each time.

3. Accepting that it may or may not turn into anything 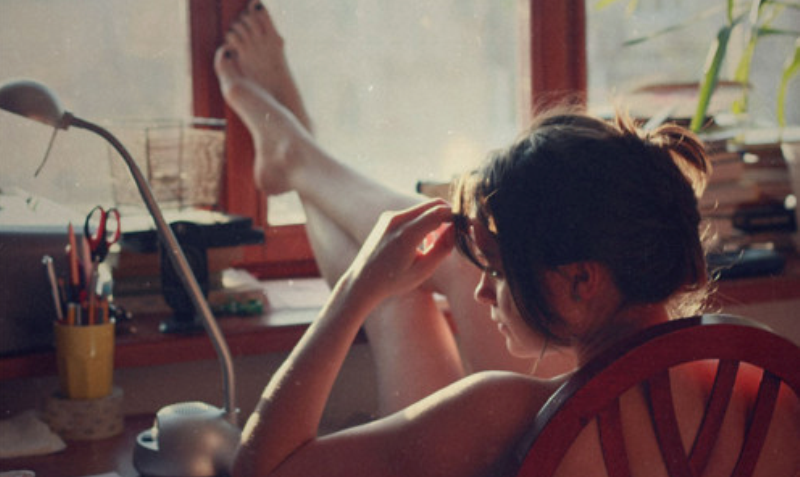 Before getting into this agreement, most people are aware that this sort of a relationship could swing both ways. It could either turn into a full-time relationship or go kaput easily. More often than not, people involved in such casual relationships have mentally prepared themselves for the latter.

A few years ago, a common friend started with a no strings attached relationship with someone we know closely. Three years later, they tied the knot and now live happily ever after with their little daughter. Therefore, accepting that there are no expectations from a relationship of this kind becomes imperative. They hadn’t dreamed that they would end up being together.

Due to the non-committal aspect of a casual sex relationship, some people reach an epiphany and feel liberated from the bondage that a standard relationship offers. The feeling of having slept with someone and not having to deal with that person until the next time you sleep with them is quite a liberating thought for many. The beauty of a no strings attached relationship is the fact that you end up feeling superior and highly content with yourself. You do feel like you benefit in a lot of ways that are beyond words.

So, if you have ever been in a relationship that isn’t a casual one, you know very well that the hardest part about those relationships are the other factors like care, love, emotional support, and sometimes conflict. There are way too many ups and downs, sometimes more downs than ups. The need to get and give attention to the other person sometimes gets dramatic. On the other hand, a casual relationship may not need that much attention on a day-to-day basis. Swell!

Depending on the understanding that you have with your casual partner, you can choose whether or not to make your relationship public. That said, going around demeaning the other person and discussing details would be an uncouth thing to do. Under no circumstances should you ever put the credibility of the other person at stake. Hence, respecting your sex partner is important.

7. Stay protected for your own benefit

You could have multiple friends with benefits if that’s your thing, so we must emphasize the significance of using protection to avoid unforeseen and unfortunate things like contracting STDs or getting pregnant! This is the last thing you’d ever want, and it definitely defeats the whole purpose of friends with benefits.

8. Accepting that you care

For one of my friends, he didn’t initially feel much for any of his casual partners besides their bodies. But he (he had been in a casual sex relationship ever since he broke up with his long-time girlfriend of 3 years) later admitted that sometimes it’s not easy to just forget what happened the previous night and move on; he found himself eventually caring about the women he hooked up with. However, his intention was not to date them. He would check on them every once in a while.

So, although the whole idea of friends with benefits may seem like it’s for heartless people, subconsciously, you do find yourself connecting with the other person in some unconventional ways. In short, you care about them no matter how rough the night before was.

This friend of mine who is now married had a whole string of no strings attached relationships and she often recalls that the best part of being in such a relationship was the overall experience that it gave her. She had struggled with commitment issues in the past, but when she got into this phase of hooking up casually she started believing more in a committed relationship. Although she did enjoy that brief period of non-commitment and the ability to hook up with more than one person at a time, it made her value the essence of a regular relationship and always having a person that you can go back to. Recollecting her memories of that period when she was a “free” person, she says she did it all and that “experience” helped her decide that she wanted to be with one person for the rest of her life.

10. It can get overly twisted

If you aren’t lucky or careful enough, the notion of a casual sex relationship can get complicated sometimes. The very fact that this has advantages also means that the disadvantages follow closely. If couples are hooking up in a closed group and have exchanged partners, it can create rifts or outright conflicts. Something similar happened to my husband’s friend, he had been hooking up with a girl who had a huge group of friends, and their relationship was kept under wraps the whole time. Soon enough, he fell hard and fast for the girl’s best friend who was also in the circle of friends. Jealousy mixed with bad feelings creeped in, and finally, he had to confess his past to his girlfriend, resulting in an ugly fall out between the girls. All 3 of them are not on speaking terms with each other, which, if you ask me, is an unfortunate thing to happen.

Nevertheless, it is said that you haven’t lived your life unless you have tried everything. While there is a lot of learning from the concept of friends with benefits, it’s equally challenging to keep up with. Every relationship has its own share of pros and cons. The key to any relationship is to have an open mind and be able to get over the not-so-good parts quickly.

Article Name
10 Truths I Learned About A No Strings Attached Relationship
Author
Steffi Marin
Description
A no strings attached relationship is a casual relationship with just one thing on the agenda, sex, and it's very different from a conventional relationship.