11 Struggles Every Girl With Zero Female Friends Will Understand

Yes, having all guy friends may seem like an uber-cool deal life cut you- what with the booze minus the drama, but believe you me, there are things you can only do with your girlfriends. Only your girlfriends will let you know all about the menstruation cup and the new shoe sale and ahem, your sex troubles.

So, to all the girls out there who are female-friendless, we have something you will relate to:

1. You question if you are normal

With nobody to ask if your armpit hair is an aberration or where you should head for your bikini wax appointment, you simply are left mulling things on your own. You begin to question if being without female friends is even normal!

2. You don’t have a go-to person for embarrassing sexcapades or even routine sex stories

Because talking to guys about the d*cks of other guys is plain eewww!

3. You debate on the lines you can draw for sharing it all with your sister

Yes, you put aside the times she stole your favorite dress from your closet and ripped it, because she’s the closest you can get to having a girlfriend. But the next dilemma is how much can you share- after all she’s your sister, and you don’t want to give her more ammo (if she’s older) or leave a bad impression (if she’s younger).

4. You wonder if you will have bridesmaids at your wedding

And you just have the ONE sister! <sigh>

5. Shopping with your girls or a girls’ night-out is a distant, impossible dream

Shame- coz you can’t do these on your own!

Suggested read: 12 bros every guy is friends with

6. You have lost the skills of interacting with women

Coz what’d happen if they ask where you head for a bikini wax and you can’t tell them you never had somebody to ask- so you just….beep beep beep…

8. You vacillate between super-girly and super-bro-like when out with the guys

You don’t know how to find the balance coz you have no girlfriend to tell you. What’d you not give to be in the in-between! You even wonder if you know how to act in public anymore- your guy friends stare at you like you are an alien when you dress up and you throw away the chances of making any girlfriends if you dress down!

9. Your fashion sense has taken a hit

Coz again, there’s no one to tell you what’s in. Except your mom- but you know no matter how worse you are, you are still better off without her in THIS department!

10. Your parents keep asking about your girlfriends from school

You have told them that you aren’t friends with Jen anymore- but oh, you can’t help wonder what’d come to be if you were! Damnit, moms!

11. Your boyfriend slides in as a BFF

Which is all good- until you realize that his fashion sense s*cks as well, you can’t go shopping with him and talking about d*cks (in this case- the one, his’) is still off-limits!

We feel you, girl! 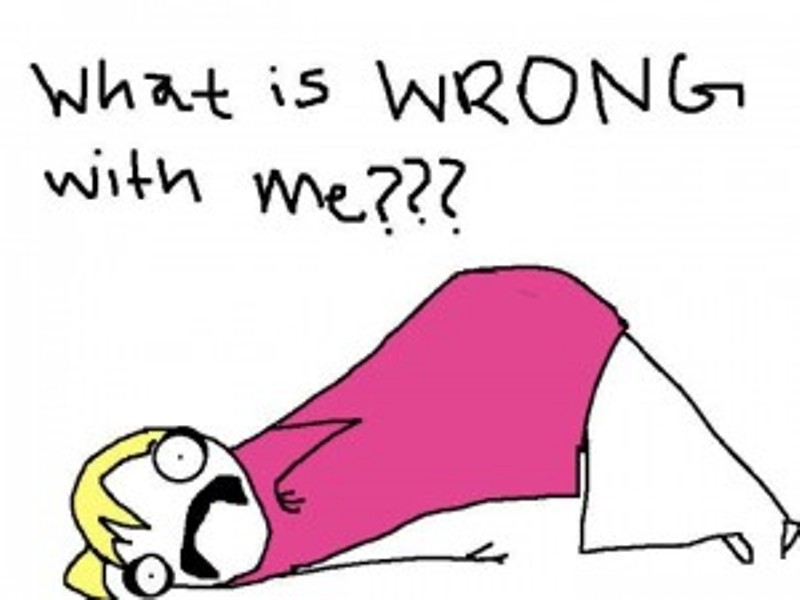 Article Name
11 Struggles Every Girl With Zero Female Friends Will Understand
Author
Sejal Parikh
Description
A girl who has no 'girl' friends is leading a tough life...really!