People can be annoying in many ways. But when people you love annoy you, the levels of annoyance reach supreme heights. Girlfriends can be highly annoying creatures that way – their demands are incessant and illogical, their tantrums an insane level of OTT and their reactions …erm… you know, incomprehensible. They blame you for things that you have no control over and then get pissed off with you and don’t tell you why. Dealing with an annoying girlfriend can be extremely cumbersome. But we have a few ingenious ideas…

1. If she keeps standing you up on dates

Invite her and her prettiest friend the next time you go out, so that when she arrives and glares at you, you can tell her that you didn’t want to sit alone for an hour.

2. If she keeps talking about your personal problems on online forums

3. When she gets insanely jealous about a harmless friend

Photoshop your face into a picture of her, frame it, and hang it up on her wall.

4. When she complains about not paying enough attention to her

Ask her what you had as a snack last week at the exact moment she is complaining about you not paying attention, and when she is unable to answer say “Tit for tat” and walk away.

5. When she leaves her hairy bobby pins all over the sink

Flush them down the toilet. It is your bathroom too.

6. When she asks, for the millionth time, whether she looks fat in the dress

Say yes, and when she gets mad, tell her you thought it was opposite day, since she wouldn’t believe it every time you said ‘no’.

7. Every time she gives you a lot of flak for liking someone’s picture on Facebook

8. When she re-organizes your things because you are not clean enough

Re-organize her entire makeup drawer and mess up the order of things.

9. When she bosses you around in front of your friends

Do not bat an eyelid before drinking that extra beer and ask her which of your dogs should you convey her message to.

10. If she forces you to watch a romantic comedy with her

Make bazooka noises with your mouth every time a romantic scene comes on.

11. If she buys you things you don’t want to wear, example underwear with Disney characters

Tell her you love them and go on to putting stickers of the same on her Louis Vuitton bag.

12. In case she forces you to go shopping with her

Scream “BUT MOM, I WANT TO GO HOME” on top of your voice every few minutes so that everyone hears you.

13. When she inevitably drops hints about wanting to get married

Look at her with love and tell her you want to get a vasectomy soon, and you are glad she wants to marry you despite your decision.

14. When she tries to analyze your problems as if she is a verified therapist

Start rooting all your problems in an unresolved oedipal complex and tell her that you always wanted to date someone like your mother.

15. Tells you that she drives better

Next time, take her through the narrowest streets in your city. For best results, keep talking when she is driving in reverse.

16. When she keeps asking you how much you love her.

Tell her that you love her more than KRK loves himself. Then go on to read all his tweets/facebook posts.

17. When she uses baby talk to calm you down when you are angry.

Look at her straight in the eyes and tell her that you are the only baby she will ever need to take care of.

These were just a few RISK-y ways in which you might (might being the operative word) deal with your annoying girlfriend. If not, then you are sure to be reprimanded justly for trying any of these. Then, a lecture awaits you. Then, no speaking at all. Or worse – a breakup. 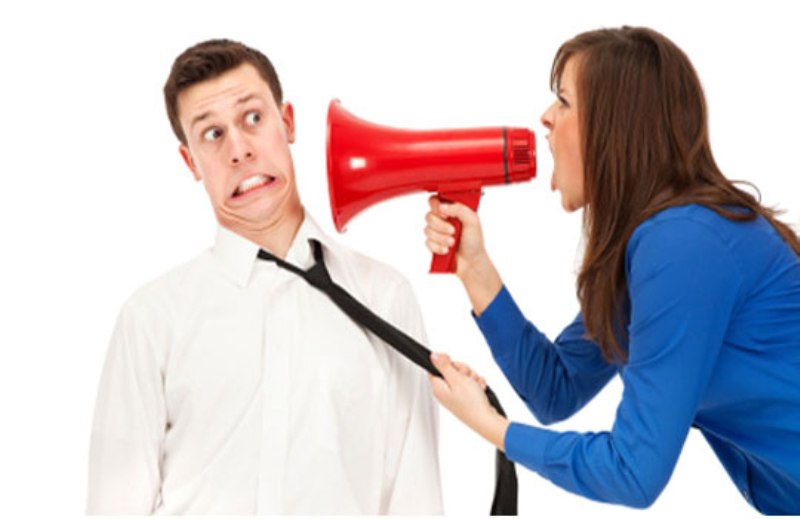 Article Name
17 Awesome Ways To Deal With Your Annoying Girlfriend
Author
Debroop Basu
Description
Have an annoying girlfriend? We have 17 ways out (or not)! :P