Finding a female feminist partner is not much of a challenge, but how does one understand whether a man truly believes that not having a Y chromosome does not make a woman less than her male counterpart? To find out whether you are dating a male feminist or not, you need to pay attention to both what he preaches and what he practices.

In spite of popular belief, there are men who unstintingly are certain of women’s rights and uphold their demand for gender equality. So how do you find out if you have actually unearthed one of these elusive gentlemen whom we dub as male feminists? Here are 13 signs that might help!

Suggested read: 12 important things you will learn when you’re dating a feminist

Before we get on with the premonitions, you must know that feminism is all about equality and does not stand for supremacy of women over men or even hating men, because that would defeat the whole point. Darkness cannot eliminate darkness, remember?

1. He notices if a movie passed the Bechdel Test!

If after watching Game of Thrones, Lord of the Rings, The Wolf of Wall Street or even a Disney movie, your boyfriend takes note of how no female characters ever spoke to one another about anything apart from a man, your guy is a male feminist!

Brownie points to him if he recognizes that these female characters talking to each other about things other than a man is an extremely simplified test to accurately become aware of sexism and bigotry in the movie.

However, give him some credit for just knowing what a ‘Bechdel’ test is coz that is a good place to start!

2. He is totally for the ‘going Dutch’ rule!

Your guy knows that the only instance where words which sound something like, “Make me a cup of tea,” are okay is when the two of you demand tea equally from one another! It is absolutely fine to look after each other. However, the favor must be returned by the other party ‘equally’! A guy who is not scared of channelling his inner Anthony Bourdain inside the kitchen or keeping the house tidy only because that will make you happy, is a catch!

3. He thinks your career is just as important as his! 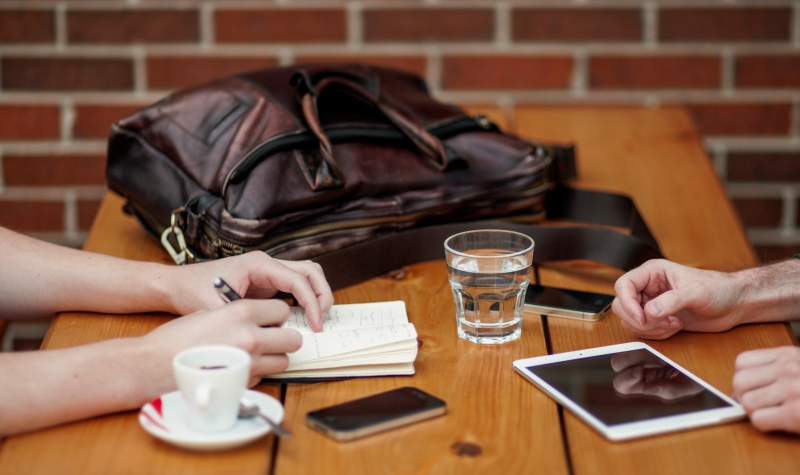 If your boyfriend takes your life goals as seriously as his, he might be one of the male feminists we are talking about. If it turned out that he is more than willing to move cities just to help you accomplish your career goals, he definitely is one! He also has long discussions with you about the existing gender pay gap and how much harder than men women need to toil to build an established career. If he doesn’t fuss or have any ego problems about your wallet being fatter than his, this man is golden!

4. He considers your sexual needs to be his priority!

This is one of the most basic signs of dating a man who believes in feminism. He has to be aware of how the female body functions, what are its needs, what makes it happy, etc., If your guy takes the trouble to find out what turns you on, he is definitely one to keep. This boyfriend of yours will not be threatened by adult toys like vibrators and um… other phallic-shaped toys!!! He will love giving you pleasure and keeping you, your body being an inseparable part of that, happy!

5. He does not say weird things about shooting his future daughter’s future boyfriends!!!

Though you may ignore this, calling it too early to predict or that he was just joking, but no, it is an undeniable sign! Anti-feminists usually come up with these lame comments which are an expression of what’s happening in that twisted head up there! Comments like these are super creepy. You are essentially saying that you own your daughter! Protecting the child from hurt is just a farce!

A feminist guy will want to give his daughter a loved, well-rounded, and happy childhood so that as an adult, she can decide for herself, and doesn’t need her dad to go around shooting men!

6. He will never make the mistake of reducing your emotions to your hormones!

A feminist boyfriend will never describe his significant other’s emotional behavior as “crazy,” “PMS-y,” or “hormonal.” He knows very well that these terms are derogatory! If he is aware that it is that time of the month, and yet, doesn’t not pass such comments, he is a divine person, I tell you! On a serious note, though both men and women have a complex combination of hormones influencing them, women are usually the only ones who get blamed. If your man understands this and shuts it up, you should never let him go!

8. Does not shy away from subverting the gender stereotypes 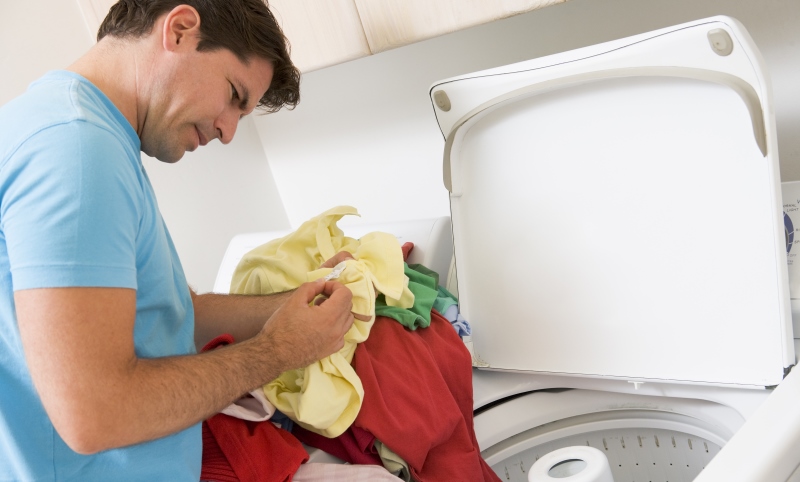 If your boyfriend is a feminist, he will be of the opinion that cooking, doing household chores, being submissive are choices and not a gender-regulated directive. He will be aware of the fact that culturally deep-seated ideas regarding masculinity and femininity are destructive for both genders. If he is a women’s libber, he will not be scared of personally redefining what “being a man” might be.

9. Is against men calling their daughters ‘princesses’!

When I say this, I don’t mean that there is something wrong with princesses, but the princess culture has a bad effect on little girls. For instance, if you go to buy a gift for a baby girl, you will notice that apart from the stuffed toys, there are no gender-neutral items on the shelves! So a princess nickname is not a problem in or of itself, but it encourages a certain kind of gendered and superficial behavior, like how girls must always be well-behaved and must speak softly and be submissive! If he is against all of this, he is indeed waving the feminist flag high!

10. He preaches and practices enthusiastic consent!

This is in context of everything, particularly sex! When the two of you are making love, does he check in all along to make sure that you are fine and you too are enjoying the experience? If yes, he is definitely a feminist! The caution is that most people think doing this will ‘buzzkill’ the whole deal if he keeps asking questions at every point, like: “May I unhook your bra?” or “Can I touch those b**bss?!!!” Get my point there! It does not have to be like that! He just has to make sure that you are, both physically and emotionally, happy and satisfied. That’s all!

11. He DOES NOT objectify and trivialize women!

So, will he not look at an attractive lady when she passes him on the street? Of course, he will and he should. That’s biological (if he is straight). But if he starts cat-calling and whistling and making lewd signs at her, you need to not only drop him like hot coal but also get him behind the bars for eve-teasing! A feminist will be bamboozled by the notion that women are just empty vessels made to please the ‘stronger sex’! He will not subscribe to any kind of chauvinistic behavior and will even go on to knock some sense into thickheads who just don’t get it!

12. He wants to know how you see yourself as a woman!

This is where most people get confounded regarding what feminism appears like in a relationship. You may be a feminist and yet love flowers being delivered at your doorstep or the door being held by your boyfriend for you. Feminism believes that both men and women are equal but that is not saying that we are the same! A woman might love indulging in what stereotypically is feminine. That does not make her an anti-feminist! If your man understands these nuances and respects them, he is definitely a feminist!

13. He respects and appreciates your opinion

Whether it’s about something as trivial as your thoughts after watching a movie or something as major as the next Presidential election, he is curious about what you have got to add. He is aware about the brilliance that your mind is and encourages you to put your thoughts out in the open because he thinks he can learn a great deal from them.

He will never talk down to you or engage in any kind of behavior that is a sign of belittling! He doesn’t do it both publicly and privately!

So what do you think, are you dating a male feminist? Let us know in the comment section below.

Article Name
13 Unmistakable Signs You're Dating A Male Feminist
Author
Riya Roy
Description
If your man shows these unmistakable signs, then rejoice, my friend, for you are dating a male feminist! #WomenPower