Marriages are made in heaven and celebrated on earth, is one idiom that has been oft-repeated and beaten to death as a cliché. But only those who have been married know what it actually feels like. Although every couple is unique and no two marriages are alike, there are certain similarities that married couples can relate to. Such relatable funny marriage quotes is what we have here for you today.

(These funny marriage quotes – though biased against women, is in no way meant to offend anyone. It’s just an attempt at seeing the lighter side of things. ) 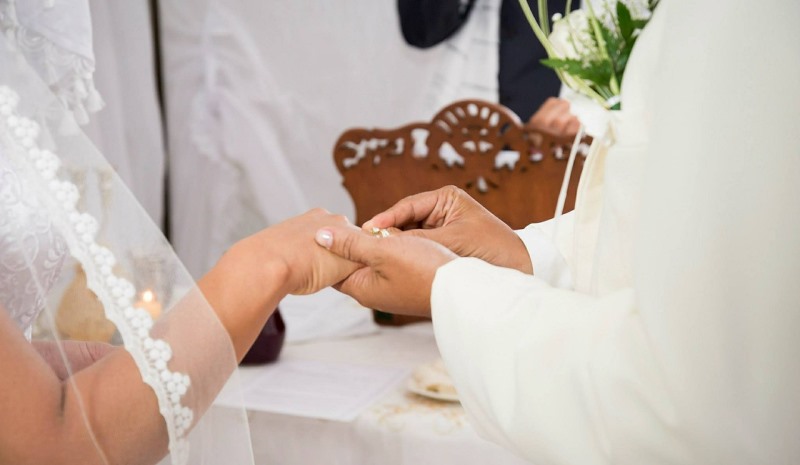 So, let’s dive into the funny marriage quotes to lighten up your day, shall we?

2. I love being married. It’s so great to find that one special person you want to annoy for the rest of your life.  – Rita Rudner

3. Marriage is neither heaven nor hell, it is simply purgatory.  – Abraham Lincoln

4. When a man opens a car door for his wife, it’s either a new car or a new wife.  – Prince Philip

5. A good marriage would be between a blind wife and a deaf husband.  – Michel de Montaigne 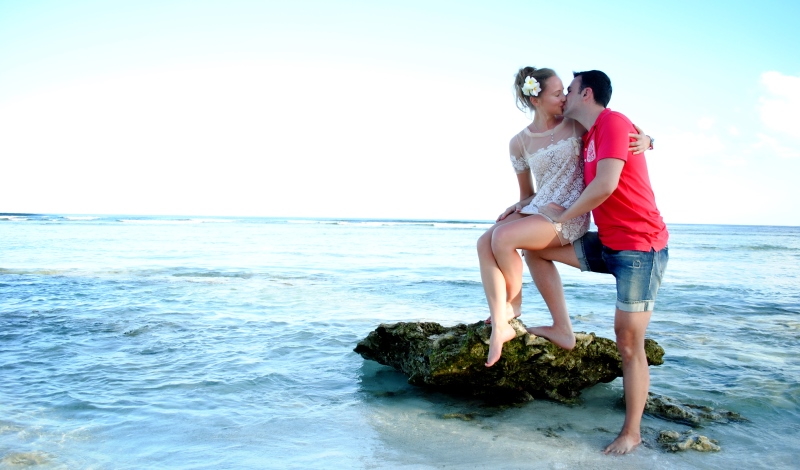 6. If you want your wife to listen to you, then talk to another woman; she will be all ears.  – Sigmund Freud

7. A man in love is incomplete until he has married. Then he’s finished.  – Zsa Zsa Gabor

8. Marriage is a wonderful institution, but who wants to live in an institution? – Groucho Marx

9. Marriage is an attempt to solve problems together which you didn’t even have when you were on your own.  – Eddie Cantor

11. It’s tough to stay married. My wife kisses the dog on the lips, yet she won’t drink from my glass.  – Rodney Dangerfield

12. Marriage: A word which should be pronounced ‘mirage.’  – Herbert Spencer 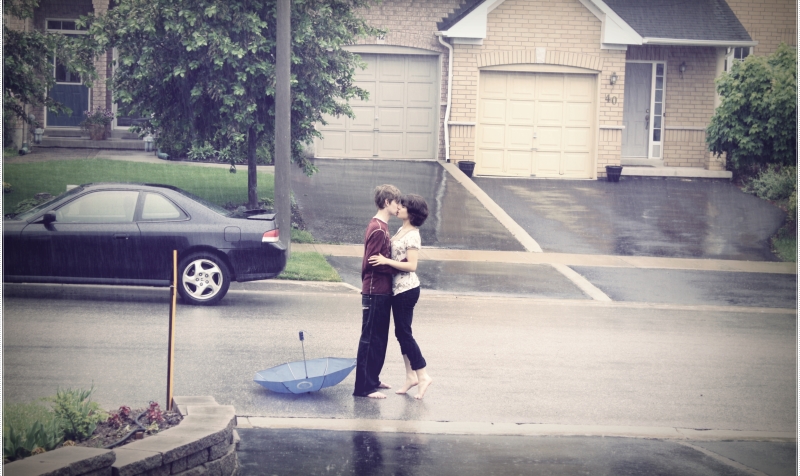 13. Marriage is the bond between a person who never remembers anniversaries and another who never forgets them.  – Ogden Nash

14. My wife and I were happy for twenty years. Then we met.  – Rodney Dangerfield

15. They say love is blind … and marriage is an institution. Well, I’m not ready for an institution for the blind just yet.  – Mae West

16. There’s a way of transferring funds that is even faster than electronic banking. It’s called marriage.  – James Holt McGavran

17. Marriage is a matter of give and take, but so far I haven’t been able to find anybody who’ll take what I have to give.  – Cass Daley

18. Marriage: A legal or religious ceremony by which two persons of the opposite sex solemnly agree to harass and spy on each other for ninety-nine years, or until death do them join.  – Elbert Hubbard 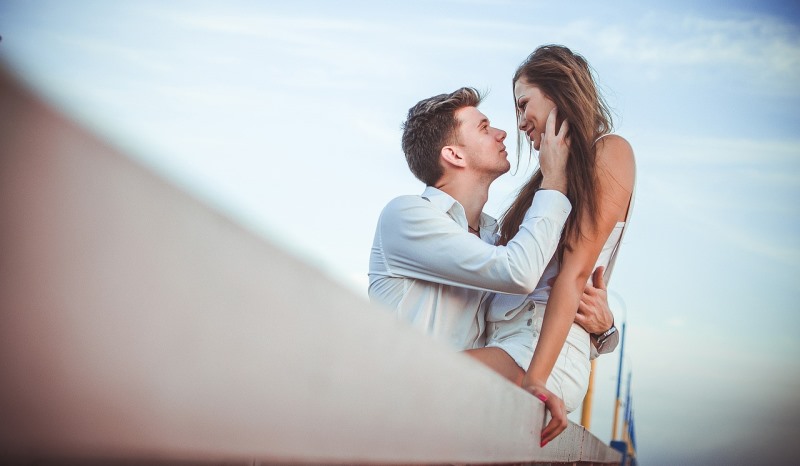 19. Marriage is like a phone call in the night: first the ring, and then you wake up.  – Evelyn Hendrickson

20. The secret of a happy marriage remains a secret.  – Henry Youngman

21. Some people ask the secret of our long marriage. We take time to go to a restaurant two times a week. A little candlelight, dinner, soft music and dancing. She does Tuesdays, I go Fridays.  – Henry Youngman

Suggested read: 10 nuggets of marriage advice for men to salvage their relationship

22. Marrying a man is like buying something you’ve been admiring for a long time in a shop window. You may love it when you get it home, but it doesn’t always go with everything else in the house.  – Jean Kerr

23. Some people claim that marriage interferes with romance. There’s no doubt about it. Anytime you have a romance, your wife is bound to interfere.  – Groucho Marx

24. Love is blind, but marriage restores its sight.  – George Lichtenberg

25. Never get married in college; it’s hard to get a start if a prospective employer finds you’ve already made one mistake.  – Elbert Hubbard 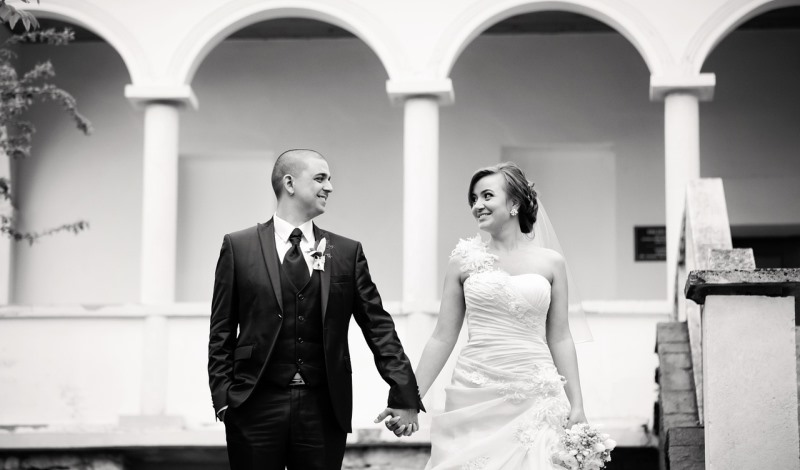 26. Marriage is a three-ring circus. First the engagement ring, then the wedding ring, and then the suffering.  – Milton Berle

27. All marriages are happy. It’s the living together afterward that causes all the trouble.  – Raymond Hull

28. Many a man in love with a dimple makes the mistake of marrying the whole girl.  – Stephen Leacock

29. Marriage may be the closest thing to Heaven or Hell any of us will know on this earth.  – Edwin Louis Cole

30. People are always asking couples whose marriages have endured at least a quarter of a century for their secret for success. Actually, it is not secret at all. I am a forgiving woman. Long ago, I forgave my husband for not being Paul Newman.  – Erma Bombeck

Well, these are all the funny marriage quotes we have for you today. If you know of any, do tell us by putting in a word in the comments section below! Until next time – ta!

Article Name
30 Funny Marriage Quotes That Are Funny Yet True
Author
Chaitra Ramalingegowda
Description
Marriage is no child's play, but, in an effort to see the lighter side of things, we have here 30 funny marriage quotes that funny, yet true. Check them out!