6 Things You Did Not Know About Love Bites, a.k.a., The Hickey

Now, I know showing off those red or purple love-bruises on multiple parts of your body is super exciting, especially if you are getting them for the first time. In the throes of passion, people tend to do a lot of things that would be downright abnormal if you were not having sex, with biting each other in all the wrong places is a prime example. The resulting bruise is popularly called a hickey, and opposed to what you think, you actually know very little about it.

Before you learn some very interesting and eye-opening facts about love bites, you should understand what they are and how they are formed. As mentioned above, they are nothing but bruises that you get while you are making love. In the throes of passion, people tend to nibble or bite the sensitive spots on the body, such as the neck, the collarbone, or the inner thighs, in order to provide extra pleasure to the person on the receiving end of it. You might think that giving a hickey is tough business, especially since it bruises so badly. However, that is not the case.

The layer of skin immediately beneath the surface contains a lot of capillaries (tiny blood vessels) which break when too much pressure is put on them, like with your teeth, for example. The skin becomes red and swollen and no blood comes out, but as the days progress, it becomes reddish purple and finally turns into a disgusting yellow blotch on your skin. As good as getting a hickey sounds, the repercussions are not as pleasant as you think.

Suggested read: Try these 5 Yoga poses to boost your libido

Here are 6 things that you definitely did not know about a hickey.

1. Hickeys are a sign that you have an iron deficiency 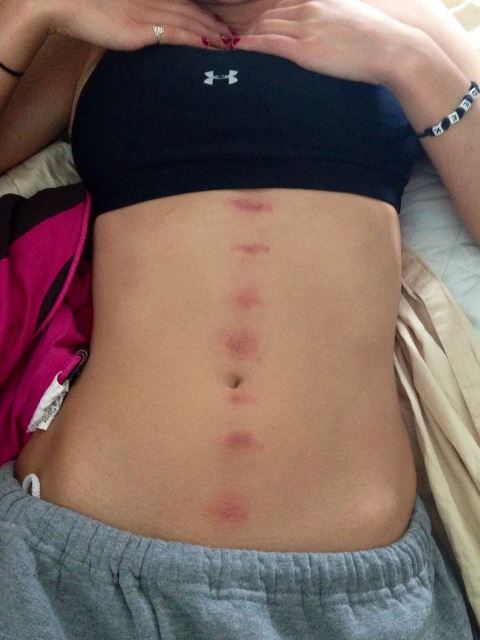 If you emerge from every single sex session with your partner with hickeys on various parts of your body, then it is not because your partner likes nibbling on your skin in bed, and is really good at what they do. It is probably because you have an acute iron deficiency in your body. Iron is a very important component of your blood, and when you don’t have enough of it, you tend to bruise very easily. This is the same reason people develop other problems such as anaemia. Frequent appearances of hickeys are a sign that you need to increase your intake of foods that are rich in iron, such as green leafy vegetables like spinach and also red meat.

2. Hickeys can scar your skin permanently

The reason people seem to be so chill with getting a hickey is that they tend to fade after some time. However, that is a very big misconception that people tend to have about these infamous love bites. Depending on factors like the depth of the bruise and the complexion of your skin, hickeys may just scar you for life (pun intended). The fairer your skin, the more easily a hickey will form and it will also show for longer. However, you have to refrain from constantly picking at your love bite, because the more you do that, the more skin tissues you will damage and you also increase the chances of it becoming a permanent mark on your body.

3. Love bites can give you oral herpes 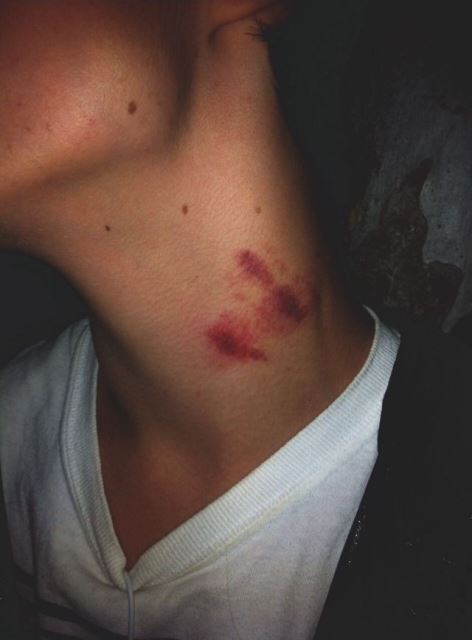 Herpes is one of the most common sexually transmitted diseases. Most people are aware of genital herpes; however, people may develop a disease known as oral herpes as well, where small pustules develop inside one’s mouth and they turn into cold sores, leaving a reddish hue around the lip and mouth area. If you have intercourse with someone who has oral herpes, and they decide to give you a nice little hickey, then you might just get the virus from their mouth, which will reach your bloodstream through the breakage in your skin. There are several things worth considering here: you must not, under any circumstances, have sexual contact with someone who has herpes, because it has more than one way of being transmitted. Also, when the cold sores in the carrier body are active, then the chances of transmitting herpes to the person they are having sexual contact with is almost certain.

4. Sometimes, hickeys can lead to a nasty blood clot

Hickeys developing into serious blood clots are rare, but they are still a reality that you should be aware of. The innocent looking bite marks on your skin may lead to a blood clot if the bite is too deep, which may consequently turn into a serious medical issue. Because a hickey on the neck is so close to the heart and the spinal cord, it may have a direct effect on your circulatory system and your central nervous system. In fact, a woman from New Zealand died from a heart attack in 2011 because of a deep hickey which turned into a blood clot. This is the only reported incident of a death caused by a love bite, but it happened nonetheless, demonstrating that love bites are not the best thing for your blood vessels.

5. There are no real cures for hickeys 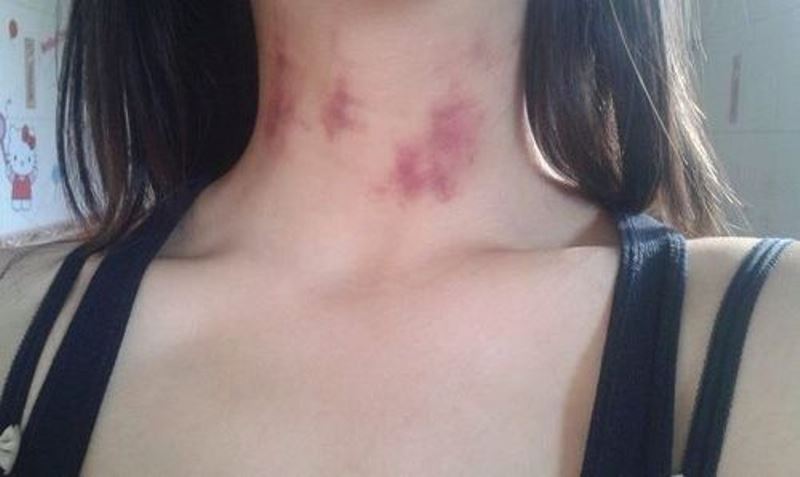 There are a lot of supposed cures for hickeys out there, but none of them are effective. Some alleged solutions include putting a table spoon of honey on the affected spot, using an ice pack, using a hot towel, applying toothpaste to it, and countless others you will be tempted to try. However, these things cannot possibly cure your hickey because all the damage is internal. You cannot mend your broken capillaries with any of these solutions. The only thing that might happen is the inflammation, redness, and swelling might disappear. You should ensure that you don’t constantly pick at it, because like I mentioned before, you will just be increasing the damage that way. The solution is to wait and let it disappear on its own. Maybe some makeup could come to your rescue in a situation like this?

Suggested read: 11 simple ways to get intimate with your girlfriend

6. They are considered to be sex injuries, and they may actually need treatment

Sex injuries are more common than you think they are. People can definitely get hurt when they are having sex, and love bites are one of the most common injuries. Whether it is hickeys on your neck, or hickeys on your thigh, or anywhere else on your body, it is simply damage to your blood vessels, which is the most unromantic, but the most realistic way of putting it. Just as hickeys have the potential to cause heart attacks, they are also known to cause other serious medical problems such as paralysis. After all, they are a mild form of internal bleeding which has to be treated, otherwise it could lead to serious damage. It may also cause damage to your nerves. The reason hickeys are usually found on necks, inner thighs, and collarbones is because these are ‘sensitive spots’ and they are sensitive precisely because there are a lot of nerve endings near the surface of the skin. When you damage the skin in these areas, it may also affect your nervous system, leading to problems such as paralysis and retarded movement.

So, hickeys are not as harmless as you thought, are they? The best thing to do is practice safe sex, without getting too hot and wild and caught up in the moment, because a few minutes of fun may lead to serious repercussions and lifelong damage.

Article Name
6 Disturbing Facts You Never Knew About A Hickey
Author
Aishani Laha
Description
Your lover gave you a hickey during last night's romp? Don't be happy about it; instead, you should be aware of these disturbing facts about love bites!