8 Miraculous Home Remedies For OCD For A Better Life

OCD or obsessive compulsive disorder is a psychological problem that affects millions of people. OCD is a condition where a person gets obsessed with something to a clinical degree, making it almost an involuntary instinct to continue doing something. Even though this might look like a problem only medicine and therapy can solve, there are in fact, a number of effective home remedies for OCD that can help you deal with the problem and reduce the tension and anxiety that comes with it.

OCD can occur due to several reasons. One of the proven causes of OCD includes childhood trauma or cases of abuse which can affect the mind long-term. The problem has been described by experts as a condition where the patient hordes thoughts in their head and an inability to do certain things cause other problems like anxiety, seizures and hyperactive spells. 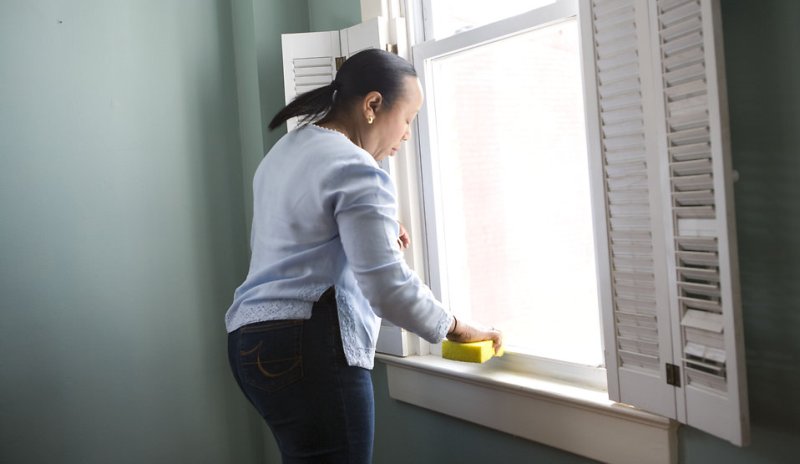 Traditional treatment for OCD includes behavioral therapy where the patient is exposed to the condition that triggers them in excess, without getting a chance to react to it. This makes them immune to the condition. There are medicines as well which help, but a lot of people choose to resort to natural home remedies for OCD and dietary changes.

A person suffering from OCD might show the following symptoms:

Symptoms are different for different people, but these home remedies are effective for the same.

Although not consuming caffeine does not necessarily cure your problem, it prevents your problem from occurring frequently. Caffeine is an energizing agent which makes the body go into overdrive. If you have OCD, it is likely that you perceive certain situations with more intensity than others, which is why you need to avoid caffeine altogether. Caffeine can aggravate your mental state and make you hyperactive, making the problem much worse than it already is.

People who suffer from OCD already have a tendency to spend extra energy on certain mundane and trivial things, and consuming caffeine could only make that worse. If you are used to having caffeine, reduce the intake amount every day, bit by bit, so that in a couple of weeks or a month, you can quit altogether. Caffeine is commonly contained in food products like coffee, chocolate, sodas, energy drinks, etc. all of which you can avoid. Choose natural sources of energy like apples and other fruits and veggies instead of caffeinated sources. 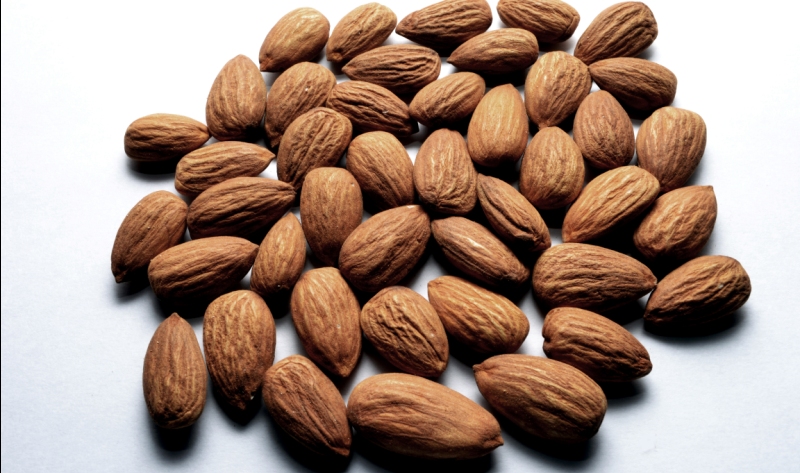 Almonds contain Vitamin B and Vitamin C, omega 3 fatty acids, L-carnitine, nutrients like zinc, phosphorus, calcium and also riboflavin. Essentially, almonds are a power house of nutrients which you need for increased brain activity and a stronger, more controlled immune system. Eating almonds and almond oil has been shown to improve brain activity by improving concentration and clarity in thought process. This is exactly what is needed for those suffering from obsessive compulsive disorder. It is a great, natural way to calm your entire system, when you are feeling the urge to obsess over something, which causes stress and anxiety in your life.

Soak 10 almonds in water overnight. After they have softened in the morning, consume them without peeling off the skin. You can also use almond oil in cooking and rubbing on your body as and when required, to absorb the nutrients present in almonds in other ways.

Lemon balm is another great remedy for obsessive compulsive disorder, simply because it has a calming effect on the nervous system. In fact, OCD is characterized by a number of other side effects as well like insomnia, which is the inability to sleep, depression, stress and anxiety and other psychological conditions, the root of which might be OCD itself. Lemon balm has cooling and anti-oxidant properties which has a direct effect on the immune system and affects the brain insomuch that it calms your entire body down.

It also cures heart palpitations, hyperactivity and headaches and is an all natural cure for those suffering from OCD. Lemon balm can be brewed in the form of tea by steeping a handful of leaves in boiling water for 5 minutes and then consuming. Lemon balm capsules are also available, which can help you imbibe the goodness from this natural product. 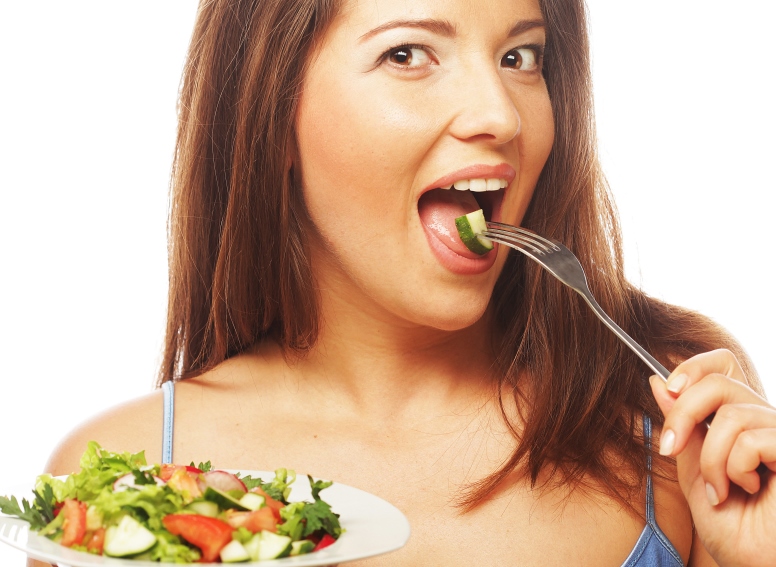 One of the most effective home remedies for OCD is to be careful about what you are eating, and how you are eating it. When you are suffering from an episode of OCD and you are stressing out, your body is reacting differently than how it would react when you are calm. Stress might also lead you to not eat, or overeat, both of which adversely affects your blood sugar level. High blood sugar can lead you to a frenzy, while lower blood sugar levels can increase stress and anxiety.

You must also be careful about what you are eating. Eating foods rich in nutrients like Omega 3 fatty acids, Vitamins and minerals, phosphorus, calcium, etc. can help your body release a compound called serotonin, which has a calming effect on your body and mind. Including nuts, fruits and vegetables, fish, whole grains and other nutritious food which you eat at regular intervals can help you combat the problem effortlessly.

When you are suffering from OCD, your body feels tired, exhausted, yet hyperactive at the same time, which can have a stressful effect on the brain. You might also suffer from anxiety and depression if you are constantly over thinking, and then aware of your lack of control on your own mind. Aromatherapy is one of the most effective ways of combating this problem, because it has a soothing and calming effect on the mind and body. it also helps you deal with other peripheral problems like insomnia and relaxes you when you are going through an episode.

You can make a small batch of essence with essential oils like lavender and chamomile oil mixed with a little rosewater, and rub it on important pulse points like your wrists and your temples. You can also add 10-15 drops of essential oil to your bath and soak in the water for half an hour for the oils to work their magic. 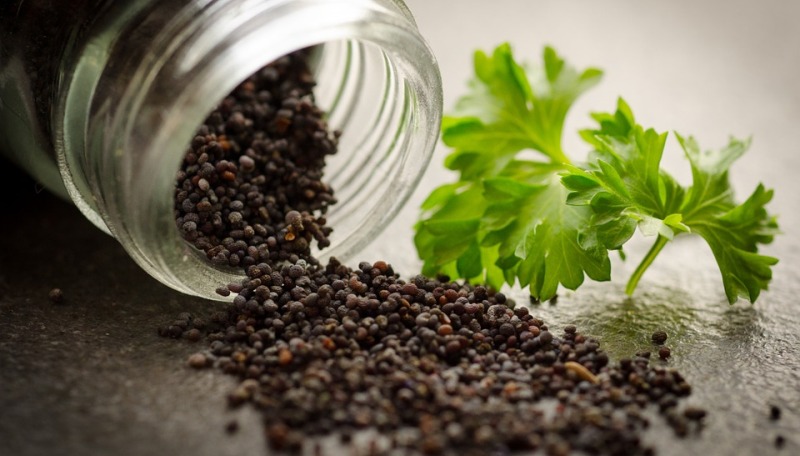 Poppy seeds have been used as an ancient remedy for stressful problems like anxiety and OCD. Poppy seeds are rich in nutrients like protein and calcium, both of which work towards keeping your body in the best condition by helping it replace cells and tissues which are damages in times of stress. Poppy seeds are also known to affect the immunity system, by making it stronger, and by helping the brain think clearly in times of tension.

Soak 50 grams of poppy seeds overnight till they become softer and larger in volume and grind them to make a paste. You can have this paste as it is, or mix it with your food. You can also bake poppy seeds into your bread and other baked goodies to reduce the number of OCD spells that you get.

Acupuncture is an ancient Chinese treatment method which uses thin needles to stimulate the most important and effective pressure points in your body, so that the right combination can heal you, no matter what ailment you are suffering from. In this case, acupuncture can be used to calm your body down and solve the problem of obsessing over things, internally, and without the use of chemical solutions. It utilizes the core energy of your body and channelizes it to improve your brain function and better physical control over your actions.

Even though a lot of people practice acupuncture on their own, it is always best to go to a professional for acupuncture, so that they will be able to identify the right points in your body to stimulate it and cure your problem once and for all.

Suggested read: Reduce Your Anxiety And Panic Attacks With These Home Remedies 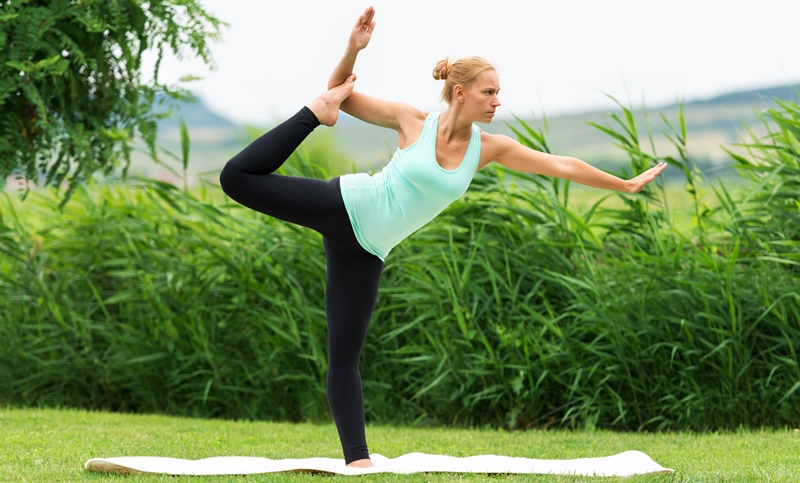 Yoga is a great solution for OCD, simply because it is natural, and immediately effective. A couple of sessions of active, specialized yoga is enough to show you significant changes in your condition, especially when you are suffering from problems of the mind like obsessive compulsive disorder. Yoga also makes use of the inner core energy of the body and affects the brain directly. Practicing the right asanas can help you concentrate, reduce stress and help you maintain your focus when you are getting an episode.

Some of the asanas you can use to help you problem includes Sirsasana, Shanmukhi mudra, Sarvangasana, Bhastrika, etc.

The solution to getting rid of obsessive compulsive disorder once and for all, is taking a close look at your lifestyle and figuring out all the positive changes you can make so that at the end of the day, you have a healthy and happy mind.

Article Name
8 Miraculous Home Remedies For OCD For A Better Life
Author
Aishani Laha
Description
Read about some of the most useful home remedies for OCD to help you deal with your mental health in an all-natural, effective way!