The Obesessions & Compulsions Of OCD Explained

Do you have a habit of obsessing over thoughts and actions that your own logic or reasoning fails to explain?  And is the habit so compelling that you have no control over it, whatsoever? Well, you may be a sufferer of Obsessive Compulsive Disorder, or what is more popularly called OCD.  OCD is a condition of anxiety, which can be managed well if diagnosed early.

Suggested read: 5 Simple Truths And Tips About Dating Someone With Depression

Have you watched, ‘As Good As It Gets’? Remember Melvin Udall, who was played by Jack Nicholson? He needed two new cakes of body soap every time he washed his hands! Or Monica Geller from Friends? She catalogued her towels into 11 specific categories! Do you find any similarities between them and you? If you want a more real life example, we have David Beckham, who is known, among other things, for throwing a new can of soda out of a set of three from his fridge to make an even pair! 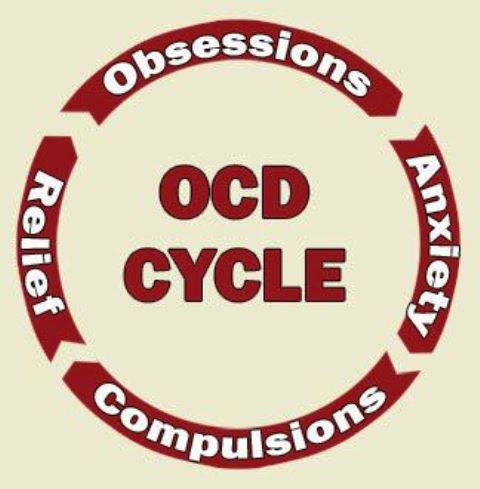 All of us have certain manias in life, and it is okay to have them unless we cross the line and move over to the land of the insane! As soon as our obsession transforms into an irrational compulsion that wreaks havoc on our personal and professional life, it becomes a condition that specialists call OCD. 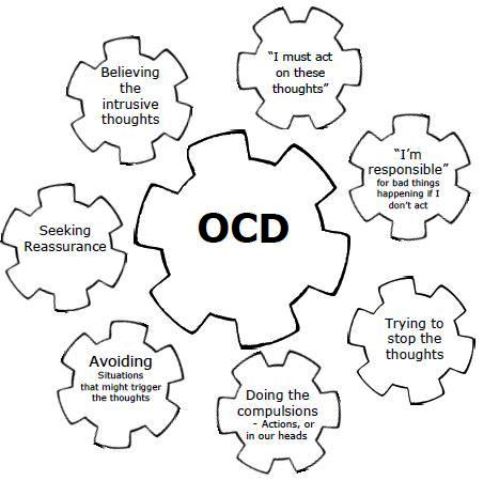 To ease the apprehension produced by their obsessions, people exhibit OCD behavior. Dr. Fred Penzel has written a book on OCD, titled ‘Obsessive Compulsive Disorders’. In it, he rightly points out,

“Compulsions are a lousy solution to the problem of having obsessions.”

“Most patients dislike their own thoughts and acts and genuinely want to get over them but simply can’t. So they try to avoid places and circumstances that trigger these unwanted thoughts.”

Figures from around the world confirm that women are more predisposed to OCD than men. Dr Khanna, however, disagrees. He says, 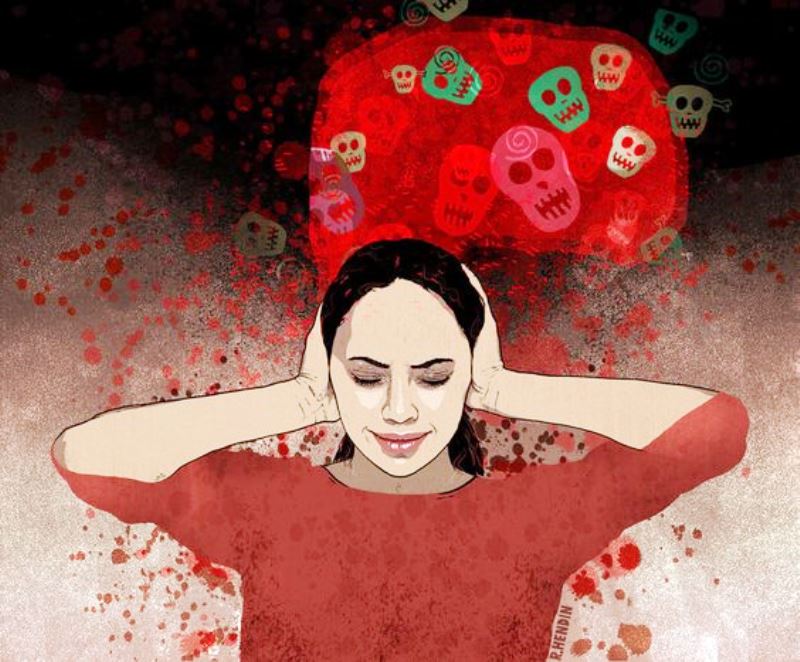 Although there aren’t any recognized causes of OCD, the disorder is attributed different factors by different theories. Here are a few:

Decrease and increase in levels of brain chemicals serotonin and glutamate, respectively, in specific areas of the brain, can result in Obsessive Compulsive Disorder.

The hyperactivity of the anterior cingulate of the brain plays a significant role in causing OCD, according to brain imaging studies. It transmits signals to the adjoining regions of the brain, when the individual senses that something is wrong. Another cause for OCD can be the over-activity in the orbitofrontal and caudate regions.

There is evidence of OCD linkages to chromosome 1, 3, 7, 6 and 15, according to the OCD Collaborative Genetic Study at the John Hopkins School of Medicine. Nobel Laureate Mario Capecchi discovered 6 years back that specific changes in the Hoxb8 gene, which is found in the nervous system’s immune cell microglia, triggers behaviors like OCD in mice. Mario could help mice cut back on their OCD through a bone marrow transplant, bringing in the normal Hoxb8 gene in the microglia. So, in the future, bone marrow transplant may be a solution to the sickness of OCD! 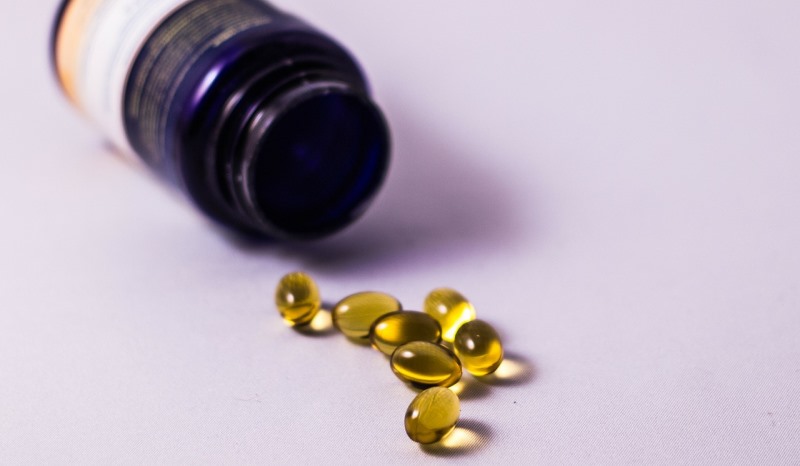 Presently, the cures for the disorder include drug therapy using meds that improve serotonin levels. The other popular therapy to reduce OCD tendencies is Cognitive Behavioral Therapy or CBT.

CBT is a combination of practices that are used to first identify the disorder, and then, modify it in the patients. The most effective CBT practice is the Exposure and Response Prevention. This technique recurrently exposes the sufferers of OCD to situations and actions that trigger their obsession or nervousness. Then, the technique prevents the patients from responding to the stimuli, and hence, averts them from acting out the compulsive action, which they would have otherwise performed, to get rid of the apprehension.

Recurrent exposure and response deterrence exposes the sufferers to their fears and distresses, helping them to win over those discomforts, in due course. The number of sessions, however, differs from patient to patient.

The sufferers of OCD, who are going through the ordeal for more than five years, and aren’t being helped by the CBT, find their silver lining in Deep Brain Stimulation. DBS is a negligibly invasive surgical procedure which introduces a brain pacemaker beneath the patient’s skull by making lesions. It then implants a switch close to the collarbone. As soon as the patient starts thinking obsessive thoughts that compel him to act out the compulsive actions, he needs to press the switch near the collarbone to break the cycle of thought. The technique could cost you between 5 -10 lacs.

Suggested read: 10 Things You MUST Know When Loving Someone With Bipolar Disorder

Here are some compulsions that are commonly found among sufferers of OCD. Check if you have any of these, and try to get rid of them by following our tips. If despite the tips the indicators persist, we suggest you visit an OCD professional. 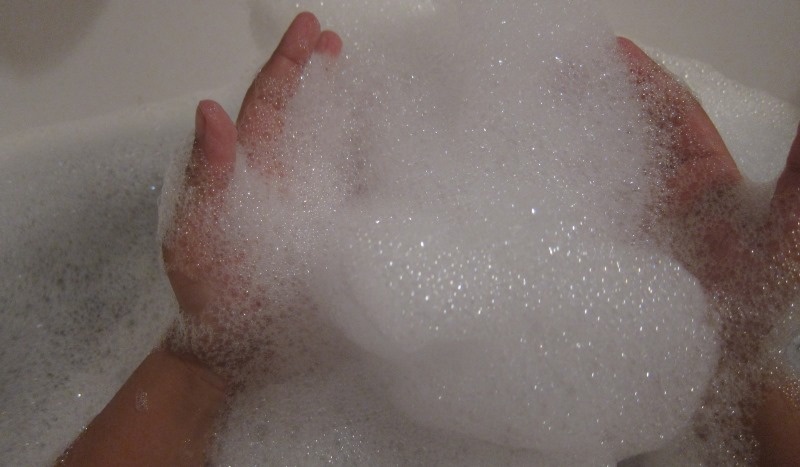 Do you feel that you are dirty, all the time, and are prone to spreading or catching germs? This feeling transforms into a fear that grips you when you are having a bath. As such, you keep scrubbing and washing yourself for hours until you feel you have gotten rid of the ‘dirty feeling’. Dr Khanna believes,

“Women are more prone to the washing syndrome. And not only while taking bath, they also take hours to wash their hands because they do so ritualistically, sometimes, even digit by digit.”

They behave this way because they can almost imagine germs attacking them or hurting those around them.

According to Dr YCJ Reddy, OCD specialist with NIMHANS, Bengaluru,

Pro tip:  Remind yourself that your mom, or whoever you look up to, does not take so many hours to bathe or wash themselves. But why do you? Dr Khanna suggests,

“Conquer the fear of dirt by digging your hands in dirty soil and then keeping them unwashed for a while. When you wash later, try to remove ritual from purpose.”

Also, make a list of things that you avoid because you fear that you might get contaminated. Dr Reddy says,

“First try to set up logic against your own fears, and then try to do things you dread most,”

Does your brain constantly warn you that you haven’t locked it properly? Do you catch yourself saying, “I remember locking the door, but did I turn the key properly because I didn’t hear the click”? You go and check it again, but when you are away, you feel you didn’t check properly.

“People with this checking syndrome imagine exaggerated consequences of not checking repeatedly and get into a vicious circle.”

These checkers of locks are mostly men. The other things they keep an unrelenting eye on are electrical appliances, files, bills etc. 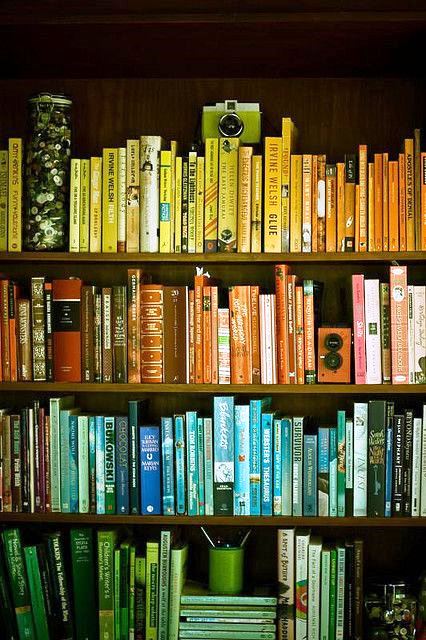 You need symmetry, all the time. You call yourself a perfectionist, and like to see things just the way you imagine it. Dr Khanna says,

“This is known as the ‘just-so’ feeling. People obsessed with this feeling spend hours arranging and rearranging things. They cannot concentrate on anything until everything is arranged the way they want.”

Pro tip: If there are 10 things on your table, disarrange one and try to resist yourself from looking at it. If wrinkles trouble you, crush your bed-sheet and leave the room for a while, advises Khanna.

Do you feel the urge of starting a particular task at a certain time, and if a minute lapses, you cannot work on it anymore until it is the same time, the next day?  If yes, you belong to the category of counters.

“For example, a counter wants his bath to end while he counts to his desired number. But if it doesn’t, he will start bathing all over again.”

As a counter, you may also be obsessed with the number of steps you take to reach the other side of the road, or the number of tiles on your office floor, and the like.

Pro tip: To stop being a counter, you need to argue with yourself, and stop mystifying the magic number. Suppose the number you bet on is 7, then compel yourself to get the job done at 6 or 8 but not 7.

To overcome the Obsessive Compulsive Disorder, you need to be optimistic. You cannot lose hope. You need to believe that you have it in you to beat the ailment.  If you realize that these tips aren’t helping you despite your best efforts, it is necessary you seek help from an expert. Brace yourself for the hardship, and let your doc help you.

But before you leave, have a look at this: 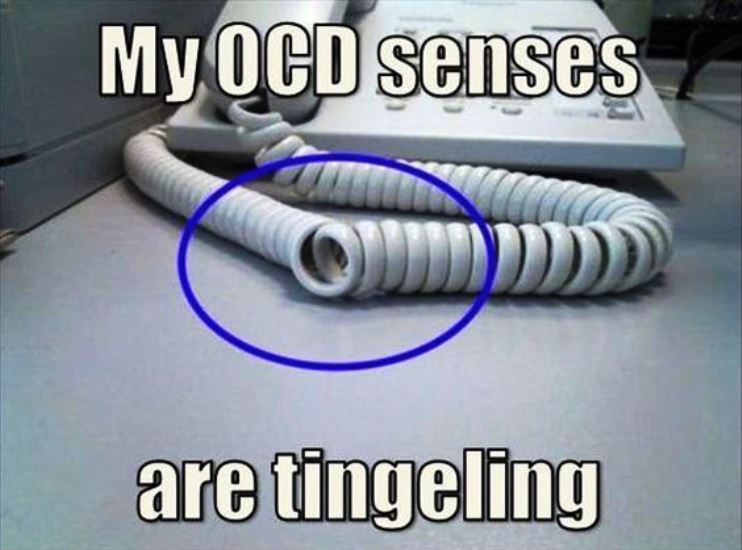 For more on health, fitness, prevention and cure, sign up for our daily newsletter today. See you until next time. 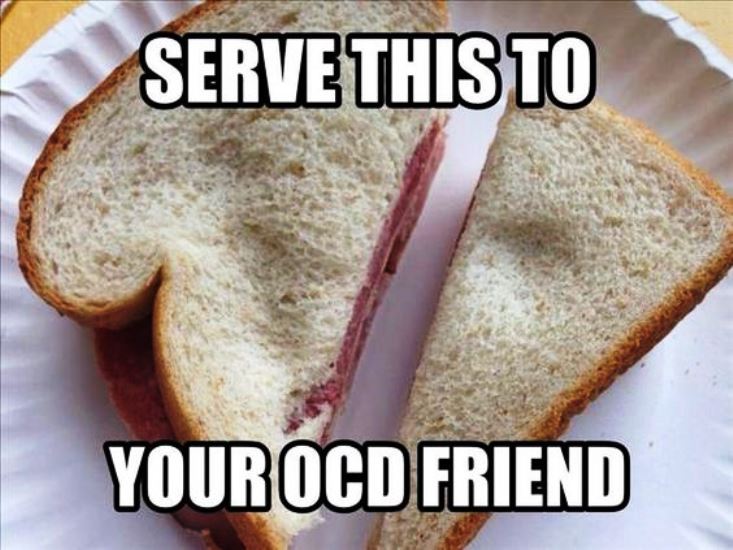 Article Name
The Obesessions & Compulsions Of OCD Explained
Author
Riya Roy
Description
Is Monica Geller or Melvin Udall your soul-friend? Don't worry! Here's everything you need to know about OCD explained to you in a very "organised" way! ;)