9 Brutally HONEST Truths You Must Know Before Dating A Taurus

As a Taurean myself, I can say with complete bias that those born under the sign of Taurus are a lovable bunch. 😉 So what if we are 100% OCD about being the best and wish to draw the best out of you as well- that’s a GOOD thing, right? If you are shaking your head in a no, don’t worry, you’ll come around. We’ll make you- what, I told you, we are lovable like that! 😛 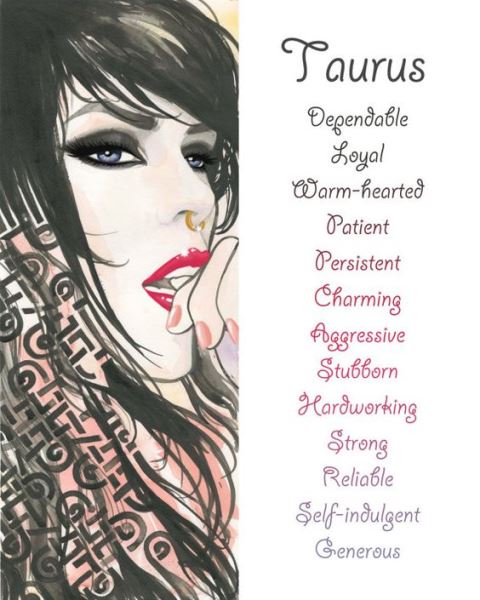 And while the rest of you, non-Taureans, are wrapping your head around that and those like me are smiling in approval, let’s take you on a Taurus seasonal ride of everything truthful about being with one. Here are some brutally honest truths about dating a Taurus, as written by a Taurus (and believe you me, you are lucky if you’ve got one) 😉 :

Suggested read: Truths you must know before loving a Cancer

1. You may think of us as being stubborn AF but we just call it good, old-fashioned persistence

Back when I was half of a couple, my boyfriend and I would fight over ALL things. We were really North and North of a magnet, forced to stay together- so you can well imagine the kind of drama that’d ensue. No matter whether the tiff was about what we’d be having for dinner or whether I found his choice in movies extremely unidimensional (yeah, I said that but only because he thought my choices were ‘trashy,’ and that’s his word for it), we’d fight until I had gotten my point across. So, that’s the thing you need to know about us, we’ll persist (or ‘act stubborn’ if you like to call it that <rolling my eyes>) until we’ve established our point. Right or wrong is immaterial to us, because to be fair, we don’t really start the arguments!

Also, this holds for our loyalty and devotion too. We don’t make a run for the exit when times get tough. We simply pull together our PERSISTENCE and stick by you, through thick and thin. That’s more than I can say for half the world, today.

2. We can get extremely territorial, but only because we believe that what’s ours is ours

We do get a wee bit jealous at times and an expert in possessiveness, on other occasions. But hey, whoever said that there was anything wrong in claiming what’s mine as MINE? Plus, we do take really GOOD care of whatever it is that’s ours. So, it wouldn’t hurt to dispel our jealousy streak and maybe, fan our cutesie possessive smidge by assuring us of the same. Yes, we think it’d be nice if our material possessions could also do the same. I mean imagine your phone sending you a Snapchat of the time it doled out a few punches to the guy who was snooping through your messages, with a cute ‘I’m yours’ message. How cool is that! (and how cute are we!) 😉

3. We do not fly off the handle often but when we lose our cool, it gets real bad, real fast

C’mon, we are bulls. What do you expect when you wave a red flag right up our nose? On those rare occasions, when our infamous tempers do rise to the surface, you’d better know you asked for it. We don’t just lose our sh*t like some walking talking time-bombs, waiting to go off on anybody, anywhere, anytime for any reason. We only become a wrecking hurricane when you have ticked us off, real bad (and yes, ordering a pizza with mushrooms (which most of us hate or  at least I do) counts as legit stimulus). So, expect us to keep hurricane-ing until we’ve exhausted all our rage and established that we are in the right (see point 1). And oh, we’ll make a note of your fault in our secret registers and bring it up in later arguments, just for the sake of having enough ammo. We are nice like that! 😉

4. We are good-natured AND extremely impatient

So, we know you’ve had a wonky week at work and also know that you haven’t had good shut-eye time for days. We’ll arrange that relaxing bubble-bath with your favorite music for you and also follow it up with a yummy dinner that we cooked  ourselves. Of course, if the oven failed to draw our attention with its beep, right when our bff was telling us all about the huge fight she had with her boyfriend and burnt the dish we took hours prepping, we’d kill it. What- we have a big heart, full of goodness and a brain that probably flunked Patience 101. Good luck dating a Taurus! 😉

5. We are independent, a wee bit TOO much

I haven’t really figured this thing about us, but we, Taureans, seem to be a delectable bunch of delicious opposites. We prefer to do everything on our own, by our own schedule and the way we think is best. However, when someone we love is as spontaneous as they come and probably inserts ‘surprise date 32’ in between a color-coded calendar that had marked the slot for presentation preparation or takes you on a surprise weekend staycation when you had clearly kept the weekend slated for binge-watching Suits, what, in the name of God, are you supposed to do? Be happy or sad or what? I don’t know what I felt when my boyfriend disrupted my crossword time with his spontaneous treasure-hunts! We are a I-like-to-do-it-my-way bunch. But don’t get us wrong- we love the surprises- we just don’t realize we do! Also, don’t plop your nose in our troubles- we are too proud for that, we’ll solve it ourselves. Independence!

6. People mistake us for an uptight snob but we are only trying to be our best possible self, AND demanding the same in others

Now that’s not too much to ask for, is it? We’ve all got just the ONE life. And it isn’t meant for mediocrity.

7. Our reaction to conflict is direct and brutal

Passive aggressive is NOT our style. We will call you out on your silly tactics to deal with conflict and most likely, get you to man up and face the challenges heads-on too. And oh, if we didn’t say already, we do find that ‘man-up’ phrase extremely sexist and problematic. See, we told ya, we deal with whatever irks us, directly. There’s no mincing words here, mister! And that’s GOOD!

8. We know who we are and DGAF about your ‘thesis’ on us and our lives

If you want some flake who’ll agree with all your worldviews and opinions because pleasing you is his/her topmost priority, we are not your game. However, if your endgame is focused on building something real with someone who’s opinionated, determined, ambitious and confident in their beliefs and opinions while being open to ‘persuasive’ logic- we are the real deal. We say this with certainty because there’s no BS about us, bulls. We are as genuine as you find’em.

Suggested read: 7 things you NEED to know about loving a Taurus woman

9. And in spite of all the above, you’ll never find a love like ours

And no matter what the above made you believe, you’d have come to realize we are honest AF (c’mon- 9 brutal truths), are an extremely loyal bunch and shall love you, no matter what. Isn’t that what this was about, anyway? 😉

Happy dating a Taurus, if you dare! 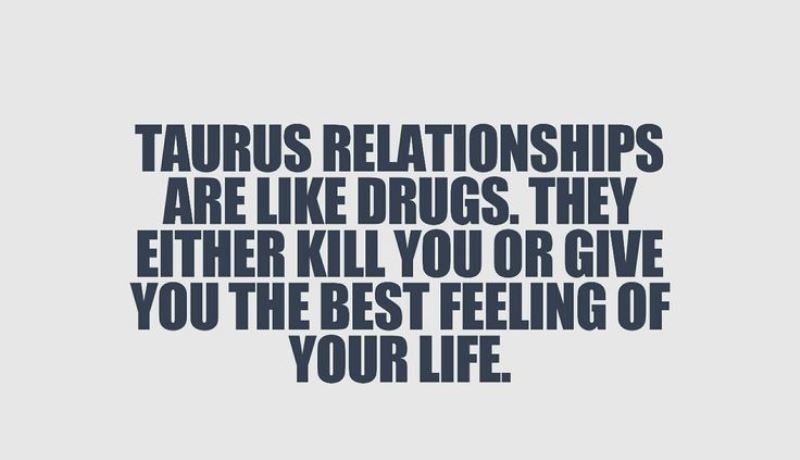 Article Name
9 HONEST Truths You Must Know Before Dating A Taurus
Author
Sejal Parikh
Description
Are you up to the challenge of dating a Taurus?