Ashley Madison, the website that aids cheating spouses in getting laid, is betting on Europe’s laissez faire attitudes to extramarital affairs for success. Having decided to issue a public stock in London, Avid Life Media, the parent company of the infamous dating site, plans on raising $200 million by listing its shares in London. Given that the Canadian company had attempted to list at home by going public on the Toronto Stock Exchange but failed owing to a lack of investor appetite,  this decision isn’t too surprising.

“In Europe, we have simply got a more laissez faire attitude towards a business such as ours,” Christoph Kraemer, director of international relations for Ashley Madison, told Reuters on Wednesday.

“We’re no longer a niche, but it’s been difficult in North America to find the support to go public,” Kraemer said. “Right now our focus is to do our homework on London.” 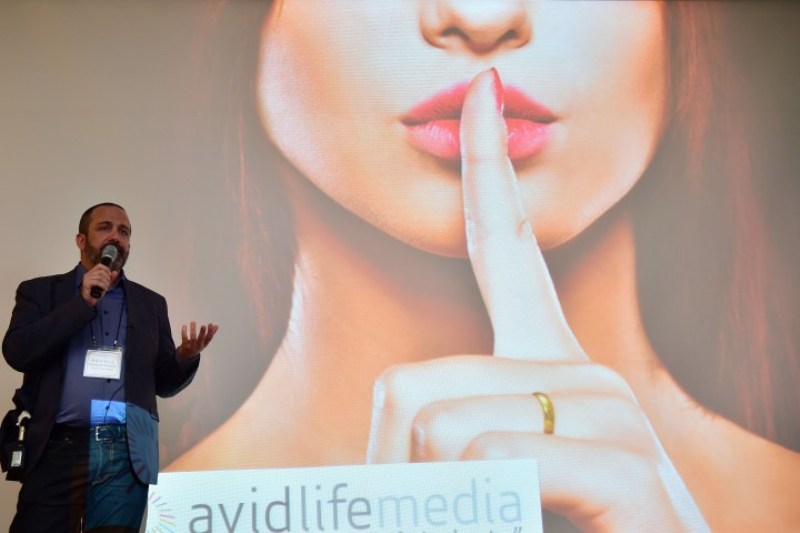 Despite 18 million users of the site’s boasted total of 36 million users in the 46 countries it operates in hailing from North America itself, America’s moral quibbles have squelched the demand for the public listing in the parent locale. The fact that Americans are too publicly moral, despite having no qualms cheating on their spouses in a discreet setting, syncs in with Avid Life’s decision to pull out from the Canadian investment scene. Europe is more tolerant of adultery and as such, makes good ground for the company’s growth and expansion plans.

With more than 36 million members worldwide, adultery site Ashley Madison claims to be the world’s second-largest dating website. Only Match.com, owned by media mogul Barry Diller’s IAC/InterActive Corp, is bigger. Avid Life Media, the parent company of Ashley Madison and websites such as Cougarlife.com (which connects women of a certain age with their generally-younger admirers), and EstablishedMen.com (a “sugar daddy” site), values itself at $1 billion. It reported a revenue of $115 million in 2014, which is fourfold of its 2009 figure and up 45 percent from the preceding year.

With investors warming up to the profitable company’s plans, the brains behind it all are claiming that their ‘appetite’ to expand their work is growing, by leaps and bounds. Avid Life marks Asia as its next big stop, and predicts more than half of its business originating from that continent by 2020.

“Technology has become hot again and … we are one of the hottest dot com companies on the planet, I hear investor after investor say, ‘I’d love to have been a part of it.’ Well you know, the ride isn’t over yet,” Noel Biderman, founder and CEO of Ashley Madison, said in an interview about the planned IPO with Canada’s Business News Network. “Our best days are still in front of us. I think that’s why the appetite has resurfaced.”

While the claim about business in Asia is contestable, given the government’s censoring and filtering powers, the rather ‘unabashedly shameless’ claim in an equally intense ‘unapologetic’ intonation is rather baffling in relation to a company that thrives on selling human vice but issues ambivalent public statements.

In fact, the website which openly proclaims ‘Life is short. Have an affair,’ and greets them with the image of a blonde woman, extending her finger across her lips in a shushing gesture and dons a wedding ring is openly assertive of the ‘good work’ they are doing.

“The response we get from our members who have actually had an affair via the website is that they feel happier, invigorated and transmit that happiness, which actually reinforces and ignites a spark in their marriage and relationships,”  says Kraemer.

“We’ve had stories from members that we’ve returned love to the marital bed and made others realize that grass is not greener on the other side,” he adds.

What a strange way of justifying one’s ways when you are minting money by constantly displaying luxuriant growth on the other end and exhorting people to leap off the fence and have a ravenous romp in the ‘greener’ grass on the other side! And all the rolling about in the ‘grass’ you made extra green on the other end for some exorbitant wads of green drained from your bank account!

However, it would be wrong to indicate that the founders are blind to the ‘adulterous ways’ they promote to sustain their site. Biderman acknowledged the same and said, “We built the darker side of dating.”

“It is for people who are married, who are seeking an affair and want to do so in a discreet environment.”

Here’s how the site operates.

It allows its members to sign up without divulging personal information such as their name, telephone number or home address. The first step is to tell Ashley Madison what kind of affair are you looking for. This is a choice from a drop-down menu that has options ranging from attached male seeking females, attached female seeking males to simply male seeking females or male seeking males. Then, the site directs you to another page wherein particulars asked of you are antagonistically different from other sites. Here you fill out your date of birth, your sexual limits, your height, weight, body type (which has some very interesting choices), and ethnicity. After this, there is an option to upload a profile picture. The site even allows you to blur or block your face.

Then, you are asked to write a li’l something about yourself that may be important disclosure or just a plain revelation of what is it that you want from the site’s picks for you. The next page is a complete roller-coaster. It allows you to detail your sexual tastes by giving you options from conventional fun to light kinky, curious or BDSM! What follows next is a detailed list of the attributes desirable in your ideal man/woman – again from a list of exclusive choices like a Don Juan to a sugar daddy or just a bad boy! Once the profile is complete and live, you start to receive messages and photos from people who match your requisites, and you can choose to chat, meet-up or ignore as per your discretion.

Well, now that you know how the behemoth of extramarital dating sites operates, you may as well cry! Coz the site plays on the stats like it were toying with the promise of a ‘private showcase’ that it promises its members if they spend for a ‘key.’ Given that 62.7% of Americans who cheat on their spouses believe that cheating is wrong and still do it are a subset of the 81.7% who believe it is unethical, it is just a matter of time that this hungry falcon of a website proliferates its clutches upon the rest of the world, expanding its user base and feeding off the money it makes from indulging and inflating the hyper-sexualized culture of excesses!

Suggested read: Spectrum Singles – a dating site for those on the autism spectrum

We are waiting by the sidelines to see if this business of Casanovas (and Cassandras?) can open the society to own its dark side or wreck the social fabric by saturating its already plentiful-modes-of-deception! Coz though we, by no means, take sides – fully believing in the dominance of monogamy as a cultural script that has come to be equated with the right and moral code of behavior and simultaneously believing that cheating when you have made the choice of sticking to the monogamous script is wrong – we encourage transparency!

Until it splatters all over the tabloids again (and I presume, that’d be soon)!