Indhuja Pillai is not ‘marriage material.’ Here’s why that is …

Just the word ‘marriage’ is enough to evoke dread in many a men and women of the current generation. But with the prefix ‘arranged,’ the term would make you break out in cold sweat. Welcome to the new age, where women (and some men too!) don’t want to get caught up in the whole domestic scene, washing their husband’s laundry, fighting a passive-aggressive battle with their mother-in-law for dominance of the household, wiping snot and whatnot off their little monsters, for the rest of their lives. No sirree!

Women of the current generation, armed with education, well-earned financial independence, and a desire to make a positive change in the world, all while savoring and experiencing the world at large, are yards, if not miles apart from the women of the previous generations. Those women were content in their small albeit limited lives and the roles they fulfilled. More often than not, these women had acquiesced to their parents’ wishes to marry and ‘settle down,’ while giving up their dreams of seeing and experiencing all that the world had to offer. I am not judging their decisions, but merely pointing out the fact that women of our generation want more from life than a family. They want to change the world – in however small a step. They want to travel the world, see and feel and experience different cultures. They want to be free of all the shackles that society still insists on putting on a woman. They want to express themselves freely and soar as high as the wind can take them.

Alas, this is so not the case for most women, even after all these years of societal advancement. It seems like the more things change, the more they remain the same. People want their daughters-in-law to be ‘qualified, educated, earning well, and most important of all, fair,’ while stipulating that they should be ‘less qualified than their sons, earning considerably less than their sons, and most important of all, cook and clean and be the housekeeper for their sons’! Is there a bigger tragedy than this! 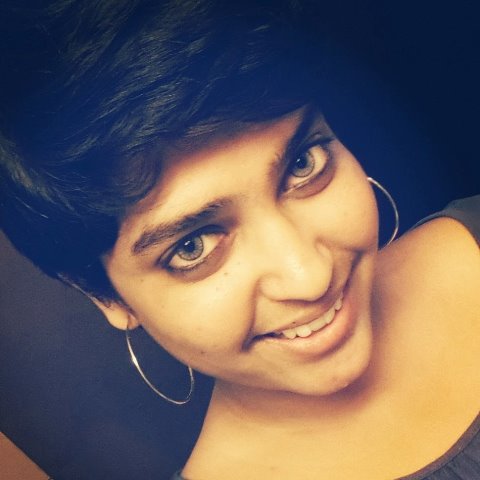 See, there is a point to all of my ranting above – Indhuja Pillai.

Indhuja Pillai, 24, is not unlike many young women of today, who is an engineer by education, currently working as a Catalyst in a start-up in Bangalore. And not unlike many parents with a ‘jawaan ladki,’ Indhuja’s conservative, Salem-based parents put up her profile in a leading matrimonial site in mid-February, looking for a ‘suitable groom.’

But Indhuja had other ideas. She took it one step further by creating a webpage called marry.indhuja.com, where she details her background, a little about herself, and the kind of man she is looking for. In fact, her webpage details certain facts that might be considered a kind of discouragement for most ‘suitable boys.’ 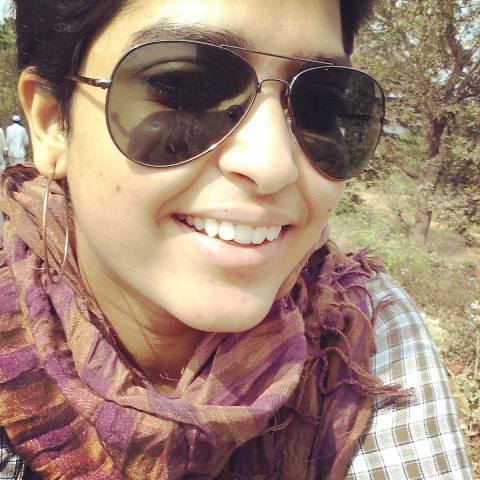 “I play badminton, sing and dance. I wear glasses and look dorky in them … I don’t read. Friendly but I don’t prefer friendship. NOT a womanly woman. Definitely not marriage material. Won’t grow long hair, ever.”

As for what she expects in her potential partner? She most definitely prefers someone bearded,

“who is passionate about seeing the world … Must be flexible with his parents, also means, it’s better if he is NOT a family guy. Extra points to the one who hates kids … Should be able to hold a conversation for at least 30 minutes.”

The various moods of Indhuja Pillai

Well, there you have it. If you’re a bearded man who ‘thinks’ he qualifies as a potential partner to Indhuja, then stop and think again. For she has given a disclaimer – sort of, saying,

“If you think you qualify, I recommend you re-think. If you are sure, I suggest you show this website to your parents. If you’re still sure, try imagining a life with someone like me. Unsure? Click the ‘X’ and get back to what you were doing. Sure? Drop me a message on Facebook or tweet to me.”

This rebellious matrimonial CV has garnered instant celebrity status for Indhuja, who has dared to voice what thousands, if not millions, of young Indian women are thinking themselves, but not able to do anything about it. In the three weeks since Indhuja’s website went live, it has gone viral, raking up more than 230,000 page views, and not to mention, several marriage proposals as well.

Social media went abuzz with her matrimonial website and many women identified themselves with Indhuja. Take a look at some of the tweets that she received:

“People want to survive. I want to live.” #Indhujapillai @ #Matrimony … Loved the statement

And on the other hand, this lady had my applause. You go girl! #indhujapillai http://t.co/sEDVsK3hZ8

After the overwhelming support that she received by way of being inundated with messages on social media by young women like herself, Indhuja said,

“They say we’ll fight back with their parents and make them postpone their marriages. It’s really overwhelming to see people relate to this and connect it to a bigger problem. It’s part of the conservative Indian culture that a woman should not go out after dark and if you do you’re not considered to be from a homely family.”

Well said, Indhuja, well said. But this is just one girl rebelling against the invisible shackles that she found around herself. There are still many more young women who can’t and sometimes won’t try to break out of them, for fear of what their parents might think, what their relatives might think, what the society at large might think. For a widespread change to take effect, our society needs to move forward from its patriarchal mindset and make it an equal and inclusive one, where a person, irrespective of their gender, can do what makes them happy and live freely.

Let’s hope that that day comes sooner rather than later!