In the convoluted hellscape of dating apps, you either innovate and make yourself stand out from among your numerous peers or die a sudden and not-altogether sudden death. In an effort to come up with a new feature that makes it unique, Carrot Dating app was born. The name is a nod to the ‘carrot and stick’ strategy, that is usually used in reference to an animal like a horse or a dog.

Carrot Dating app extols bribery as a dating tactic. If you want a date with an attractive person and you think your natural charm and personality just don’t cut it, then you offer a bribe to get that first date. Whether people (read women) are that shallow and need to be treated as such, is a matter for later discussion; but that’s what the app’s all about.

Bribes on the app include:

Users can choose any of the above ‘carrots’ of their choice to bribe the person whom they’re interested in.

Carrot Dating app was developed by none other than Brandon Wade, MIT graduate and entrepreneur, behind such successful ventures as SeekingArrangement.com, a sugar daddy website, WhatsYourPrice.com, a dating auction site, SeekingMillionaire.com, a millionaire matchmaking site, and MissTravel.com where generous men foot the bill for a (considerably younger) female companion’s travel expenses.

Wade has been criticized for bringing bribery into dating and also been accused of promoting ‘thinly-veiled prostitution.’ But Wade doesn’t agree with that assessment; instead, he said it’s just a way for people to go out with others they wouldn’t normally have a chance with.

“This is the most honest form of dating because it allows singles to prove how serious they take an opportunity for a first date and essentially put their money where their mouth is,” he said. “On traditional dating sites, suitors rarely get a chance with the man or woman of their dreams. Bribing like this works because both sides have absolutely nothing to lose and something to gain by breaking the ice and getting to know each other.”

If you notice, almost all of Wade’s ventures have that ‘generosity’ factor, where one financially stable and much older person ‘helps’ out the not-so well to do person, who’s almost always younger. This ‘generosity’ factor was a gift from his mother, if Wade is to be believed. He said he developed the concept when he learned his ‘shy’ and ‘socially awkward’ personality made it hard to meet women.

“My mother had always given me the advice to focus on my studies first because if I became successful someday, I would be able to use my generosity as a dating edge,” Wade said. “She was right in that certain intangibles, such as success, generosity, and security, are much more important than good looks when it comes to dating. Her advice led me to create many of the niche dating websites for wealthy and successful singles.”

While all of his other ventures cater to individuals with high net worth, in other words, who are capable of being ‘generous,’ Carrot Dating app was Wade’s attempt to create a product with mass market appeal.

Speaking about the bribery concept in Carrot Dating, Wade said,

“So we came up with the concept of bribery. Anyone could offer a little bit of an incentive or reward to get somebody interested in them. You don’t have to be a multi-millionaire with loads of disposable income.”

With the massive number of downloads – 90,000 within the first three weeks of launch – seems that Wade’s strategy is working. However sexist and/or misogynist the app might be, so far, it seems to have taken off by the looks of it. 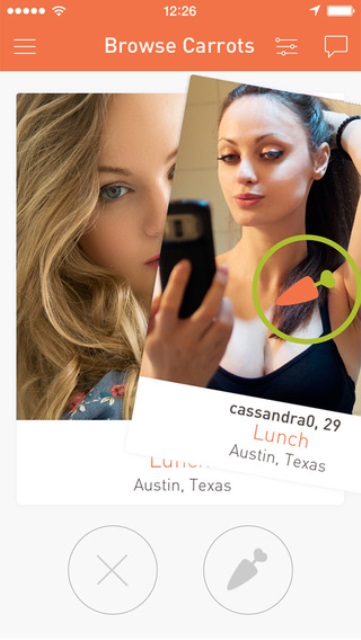 Carrot Dating app is free to download on the iTunes App Store and Google Play. Users who receive bribes are able to communicate freely, without paying for anything. Only users who offer the bribes have to purchase credits to chat with the person who accepts the bribe.

While the app is a clear call for all those who’d like to take some unsuspecting person for a ride only for the bribes he can offer, it really doesn’t do much for the romance of it all. Wade said, “there will always be genuine and disingenuous people in the dating pool.”

“But one cannot find romance with another unless they have the first date to begin with. With low cost ‘carrots’ such as flowers or dinners, it’s a small price to pay for the chance at romance. After all, dating is a statistical game, and my hope is that one can use Carrot Dating to meet as many people as possible, thus increasing their chances at finding love.”

Getting your foot in the door through such bribes is one thing, but what sort of a relationship will those two people be able to build? The resultant relationship is doomed before it can even begin, in all probability. This bribery-for-dates concept leads men to date shallow, vapid, and materialistic women, who care more for those incentives rather than the person behind them. And even if a not-so-shallow woman does take the carrot bait, she wouldn’t respect the man. I mean, how could she, when the man himself doesn’t see himself as smart or charming enough to attract a woman on his own? That right there is a massive power imbalance. 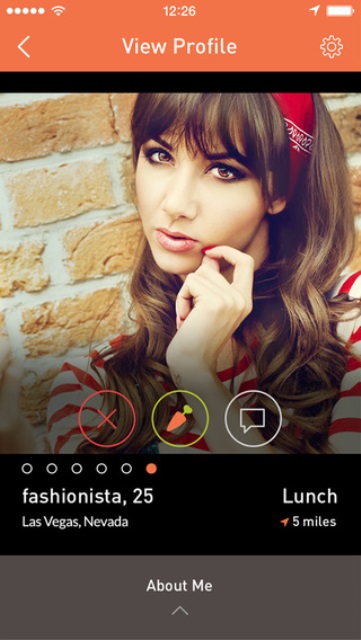 “We are teaching men that it’s not okay to show up empty handed for a first date and are training them to drive to become more chivalrous.”

Chivalry and bribery don’t mean the same thing, at least not to my knowledge. Instead, Carrot Dating app is teaching men that women are vapid, shallow, and can’t see through blatant sexism and massive misogyny when it’s staring them right in the face.

In conclusion, these words from Wade had my blood boiling and biting my tongue for fear of letting loose a string of profanities worthy of making a sailor blush!

“I realized that women love presents like dogs love treats. Just as an unfriendly dog wouldn’t deny a tasty treat, any beautiful girl can be bribed into giving you a first date.” 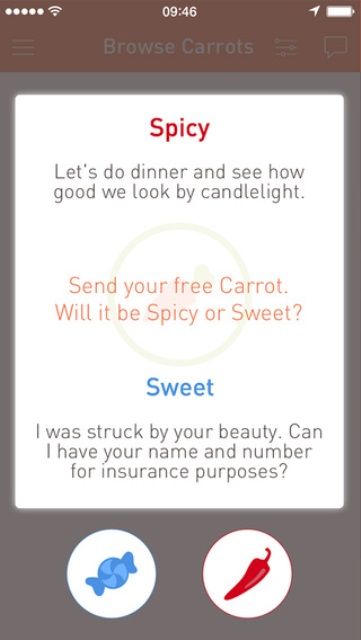 Is this guy for real?! That’s just plain disgusting, not to mention sexist and misogynistic to the core. The whole concept seems shady and slimy. If you suggested that a woman agrees for a first date in exchange for a bribe – be it a coffee or a shopping spree – then you’re blatantly implying that she can be bought – crudely put, you’re calling her a hooker. Is that what you want your first impression to be like on the person you intend to date? I certainly hope not!

Would you try Carrot Dating app? Tell us what you think in the comments below!