Dear Writer, Suicide Is Not Poetry

I don’t want to be your bloody canvas. Nobody does. Imagine a white board with blood dripping from it. Gore is not pretty. Gore is terrifying. Gore is commercial property that Tarantino can showcase, because it is fake. When the youth lies bleeding out, choking to death on the dreams they could not fulfill, no film crew would want to be around them. No cameras would want to record children tearing chunks of their hair, writing Bible verses on their skin, screaming to a deaf darkness that is not coming to save them. When you write verses on how death is glory, how pain is artistic, how weakening veins produce rhyme, it sends evolution light years into the past. Believe me when I say that bloodied hands cannot hold a pen steadily enough to romanticize the monsters in their head.

You think you have autonomy over your body. You think you could slap a harness over an unbodied entity that never reflects on your medical reports. You think that it is just another thought that you can “shut out”, or “cleanse”, or “meditate” your way out of. But several times, you cannot. The ‘Host’ by Stephanie Meyer, was set in a science fiction dystopia where an alien race takes over human bodies. Imagine co-existing with somebody else in your head. Imagine reaching for a butter knife, and finding a dagger sticking to your throat. We don’t know how it gets there. We never know.

Suggested read: Can We Separate The Art From The Artist?

I told the kid that the darkness never goes far enough. I say that from a point of great mental privilege. I say that because I could afford several very expensive therapists, some of whom charged an exorbitant amount and never found me a solution. Medication is expensive. But more than that, it is volatile. You are chirpy one day, and the very next morning can send you tumbling down a spiral with no end in sight. I have gone from partying all night, to sweating my skin off in illogical anxiety. I have almost fainted in closed Metros, because I was convinced that nobody would find my body there.

Depression medicines are not your usual ‘flu prescription’ or a cough syrup. You cannot “pop a pill” and expect to “rise and shine” the next morning. It is not the regular medicine you can consume to prevent loose bowel movement, because this disease, this Depression, it shits all over you, whether or not you come armed.

When people tell me that “pain helps you grow”, they forget that it also kills you. Not every struggle has a lesson at the heart of it. Not every grey can be painted over. When people confuse this gnawing darkness with the “gift of imagination”, I want to show them real Schizophrenic patients. I want to bring Van Gogh back to life, and show them what it did to him. How is this world so comfortable with believing that his suffering was justified because of the art it apparently “produced”? How does nobody realize that we would forsake all art, all imagination, and all poetry, if we could ask the permanent tenant in our mind to leave us alone?

I do not want to be a bloody canvas. I fear the brush strokes that gloss over the tears in my fabric. Darkness is not poetic when you spend a lifetime trying to crawl your way out of a stuffy attic full of residual ghosts. Sometimes, the ghosts aren’t even your own. They are skeletons that the previous occupant left behind. They are formed of memories that do not belong to us. In that moment, I wish you saw the ardent effort we make to get rid of our own bodies.

Every war poet I love has advocated against battle. Nobody who has fought on the frontline ever came home to push their child into that bloodbath. No soldier with a conscience ever returned to scream ‘Dulce et decorum est, pro patria mori‘, don’t speak of us like broken china vases glued together with gold. We may be beautiful in our destruction, but the massacre cost us more than a few frayed edges. So, when you tell me that “pain is beautiful”, that it “breeds poetry”, that the dark fosters “artistic minds”, I vomit a little in my throat.

‘Romeo and Juliet’ was a tragedy. When we hail it as the “greatest story of love”, we forget that it ended with them dying. We, as a race, tend to omit parts of a story which we do not like. It is an effective coping mechanism. This is why a lot of people with Post Traumatic Stress Disorder, often forget the reality of the incident. We push it so far into our subconscious, offer ourselves so many retellings of the story, that at some point, we begin to believe it. So, don’t tell me I am your Juliet, your Heer, your Laila. I refuse to be a trainwreck covered in fancy wrapping paper. You can present us any way you want. But pull off the covers, and there aren’t enough words or misconceptions that can save us from ourselves.

Please do not be the naïve child who wishes after the position of a “suffering artist”. I have been writing poetry since I was fourteen years old. I had a psychologically unsound, abusive partner, who would blackmail me with self-harm portraits. After a certain point, I made poetry out of it. I wrote verses glorifying an abusive relationship, and a sick state of mind. I normalized pain and terror by turning it into what I thought was “creative expression”. When my parents asked me why I was sad, I did not have an answer. I was not a child of chaos. I have a loving family, who fought tooth and nail for me. I told my parents that “I liked it”, and that “it gave me a high”. When I see aspiring writers setting mouse-traps for pain and abuse, in order to write, I see my childhood self in them. I live in fear of the thought that they may never outgrow it.

When I was diagnosed with clinical depression and anxiety, I was several years past romanticizing the monsters, because they lived in me now. I get to experience the abyss in my stomach every other month, and the last thing I want to do is write a love letter to it. My last depressive episode was eight months ago, and every day, I wake up with running shoes, ready to sprint farther away from it. It worries me that children confuse an afternoon siesta with a “depression nap”. Even today, when I sleep a little too much, I wake up in a fit of panic, scared that it has come back for me. Imagine standing alone in a gas chamber, waiting for the shower to begin. Tell me what part of this life would you love?

A childhood friend once told me that she felt petrified whenever a police offer passed her by. She was not a felon. In fact, she was a law-abiding citizen of the highest order. Yet, somehow, the men in uniforms marching past, made her feel guilty. It made her feel like they would arrest her for an unknown offense. Living with Depression is a lot like waiting for the officer to turn up at any hour. You know that they are there, lurking, right outside your windows, waiting patiently for a chance to barge in. In reality, there might be no human being present in a 20-mile radius of your residence, but logic has hardly ever smoothened the edges of a veteran’s mind.

The next time you put pen to paper, ask yourself if it is your struggle to distort. There isn’t enough blood to save all of humanity, so stop yourself from pouring it into professions of love. When you write myriad analogies of the mind as an abandoned cabin, a labyrinth, a slaughterhouse, take a step back, and ask yourself if you are doing justice to inmates at the asylum who have forgotten their own faces. If I could show you the space that misconceptions occupy in this overpopulated planet, then I could perhaps convince you to stop contributing to it.

I was recently asked, “Isn’t the darkness important?” For what? What national purpose does my illness serve? Whose stomach am I filling with the regular torture inside my mind? Which protest march depends solely on the monster that I sometimes become? No part of this sickness is “important”, or “beautiful in its devastation”. Do not bring me fourteen bullshit verses about how the “end” is near. This generation begs to die way too much for it to be funny anymore. I would not dream of discrediting somebody’s struggle, but this is not a party you want to gatecrash. If you are sick, then find yourself help. Seek out people who will listen to you, even if it is not a therapist who charges a kidney per minute.

I am tired of children craving illness. Depression is not art. It will never be. So, the next time you want to write about making love to the demons hiding under your skin, the next time you want to sing about the poor dead, the unfinished love stories, the scandals that make headlines the next morning- don’t. Too many bodies have gone cold, and left behind nothing that could ever resemble poetry. 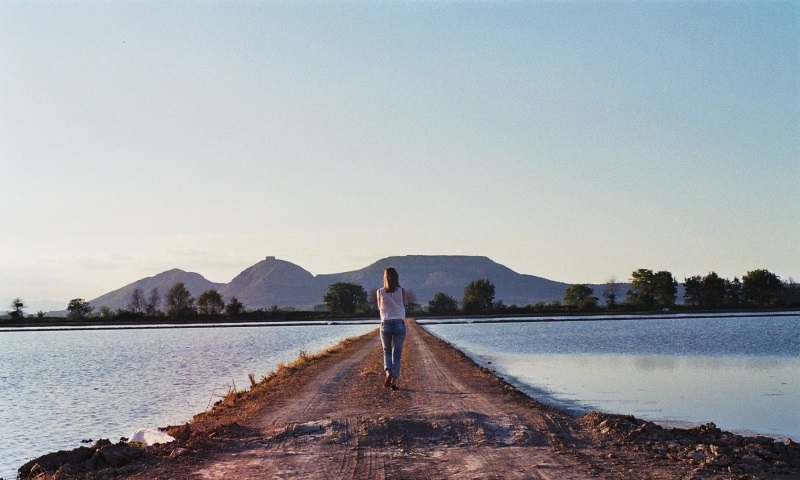 Article Name
Dear Writer, Suicide Is Not Poetry
Author
Meghalee Mitra
Description
when you tell me that "pain is beautiful", that it "breeds poetry", that the dark fosters "artistic minds", I vomit a little in my throat..