Can We Separate The Art From The Artist?

These are questions that society has been struggling to find the answers to for the longest time now. This is a debate that has been going on for generations and remains unresolved even today. It is one of those arguments that tends to polarize opinions to two very extremes. There is barely any middle ground. Today, especially in the era of #MeToo and cases of sexual assault and misconduct becoming rampant in the world of art (here, the term ‘art’ is inclusive of all types of art, including but not limited to- film, music, literature, painting, photography, theater, stand-up comedy and others), this debate is of immense importance and one that we find ourselves getting into quite often.

Simply put, there are two sides to this argument. One that believes that the art is not an extension of the artist’s personality, their lives or their actions. It exists and is celebrated, revered, and even consumed solely by the virtue of its artistic value; with the perceptions of the artist’s character having no influence on the quality or enjoyment of the art. The other side believes in the existence of a social responsibility that all artists have. This side views the art in congruence with the artist’s personality and lived experiences; as an extension of everything the artist stands for. Those who do not want to separate the art from the artists believe in the accountability of the artist. And that this must have an effect on the way we consume, perceive and enjoy their art.

During the late 19th century in Europe began the Aesthetic Movement, and its more hedonistic cousin the Decadent Movement. The philosophical foundations of this movement were formulated in the 18th century by Immanuel Kant who believed in the autonomy of the artist. Art should exist for its own self, by the virtue of its own beauty and creative essence. An artist should not bother with morality, or utility or even the pleasure that one might gain from art. In England, proponents of this movement such as Walter Pater and celebrated author Oscar Wilde front-lined this movement with the slogan “art for art’s sake”, translated from the French “l’art pour l’art” which was popularized by Victor Cousin in the 1890s. In this movement, we can find traces of the argument that an artist has no social or ethical responsibility whatsoever, and that his art should be free from any moral justification or purpose. According to Oscar Wilde, an artist need not have a moral stance and their art need not express anything apart from itself.

The problem with this point of view which many Aesthetes held is that it diminishes any form of accountability on the part of the artist. An artist is privileged with a certain skill set, knowledge, and imaginative power; and as a functioning member of the society, they definitely have a certain responsibility to use it wisely. For instance, if an author chooses to write a novel related to a minority community, the onus lies on them to ensure there is true representation of that community and its struggles in the narrative; and also to educate and enlighten the readers regarding them. An artist cannot co-opt, appropriate, misconstrue or misrepresent any community’s lived experiences in the name of art, neither should they endorse or express prejudices and stereotypes for the sake of aesthetics. This is an issue where separating the art from the artist becomes problematic.

However, there are situations when an artist’s personal identity gets in the way of their art and how it is perceived. When it comes to minorities in art, there is a common tendency to judge their artistic creations in the context of their identities first. A female comedian. A black actor. A Dalit musician. Rarely do we hear the words “straight white male author”. Probably because that’s the entirety of the English literary canon anyway. For the longest time, a person’s social identity has determined the kind of opportunities they get and the biases they face. For instance, in 2015, Aneesh Sheth, an Indian American actress, auditioned for a leading role of a trans Indian American woman. She was even praised for her performance during the audition, but was later declined the role on the grounds that she wasn’t “masculine enough”. In such situations, separating the artist’s personal identity from the art ensures that they get a fair platform to express their artistic abilities and achieve the recognition they deserve. Judging someone’s artistic abilities based on their identity then becomes deeply problematic and prejudiced.

Suggested read: Are You Privileged? Be A Part Of The Most Important Discussion Right Now

Part of my academic work as a student of literature is to analyse the texts I read, to find a deeper meaning in them and look for more than one interpretation. While studying the Shakespeare sonnets, a common question that arose in the class was the identity of the “fair youth” and the “dark lady” to whom the sonnets are primarily addressed to. Often, the focus would be more on the revelation of these muses rather than the actual poems itself. This is something that tends to happen quite often with several texts, songs, etc that supposedly have some connection with a real person whom the artist knew. My professor, in a state of mild irritation, had told us that sometimes speculating on the connections of the art with the artist’s personal life and relations can cloud our perception of the art itself. What matters is that Shakespeare wrote those sonnets, and that even today they elicit deep emotions in us. Sometimes, to be able to truly enjoy art, we must view it not as an extension of reality, but with the power of our own imaginations. Over speculation can often take the joy out of experiencing art for what it is.

However, that being said, every kind of art inherits certain aspects of its creator. Artists are often known to draw inspiration from their own lives and experiences, using that in the creation of something beautiful. They take their failures, their sorrows, their joys and hopes, and turn it into something that we are all able to relate to and empathize with. Art, for me, is humanity’s greatest exercise in being empathetic. It is a reminder that we are not lonely; that there is someone out there who feels the same things that we do. Here, it is the artist’s personal experiences reflected the art that reaches out to us and empathizes with us. Separating the two, thus, can lead to the erasure of this empathetic bond.

What we as a society often forget is that artists are human beings, like the rest of us. The art they create is a means of livelihood for them. Just because someone is exceptionally good at what they do, that does not mean they have a free pass to get away with the wrongs they have committed. The problem arises when we put the artist on a pedestal in spite of their wrongs only because they are successful in their profession. By that logic, a really good teacher should not be fired from their position even if they are found to have assaulted a staff member because they are really good at what they do. At the end of the day, it all boils down to unfair power dynamics. When one uses their art as an excuse to get away with their crimes, they are misusing the power vested in them. When others pledge support to a criminal and refuse to acknowledge their wrongs because they enjoy their art, it is unfair and biased behavior. So, if we look at the argument from this perspective, it becomes clear that separation of the art from the artist is the right way to go about things.

They say great art comes from great suffering. The idea of the troubled, suffering artist is one that has been heavily romanticized to unhealthy proportions throughout history. For instance, Van Gogh’s paintings are soul stirring and powerful especially  because of the context they are perceived in. The fact that someone suffering from a mental illness can create something so beautiful is a fascinating idea, it makes us hopeful. What is not, however, is the idea that only a troubled mind can create something so achingly beautiful, that your pain is what allows your creative juices to flow in the right direction. Equating the artist’s mental health with the quality of their art is such a dangerous idea. It romanticizes mental illnesses, causes an undue creative pressure on someone who might already be suffering and completely disregards an individual’s talent. Romanticizing an artist’s mental illness is the worst way to acknowledge their art; it is dehumanizing. To reiterate, artists are also human beings. They too should be encouraged to seek help and support in case of illnesses. Ergo, the art should be separated from the artist.

What I realized during the course of writing this article is that this is a debate that needs to be looked from several perspectives. It isn’t something that can be broken down into two opposing sides, into black and white. Perhaps, the best way to come up with an answer that makes sense would be to apply the argument on a case by case basis, with full understanding of the nuances. It is one of those questions that does not have a generalized right answer. 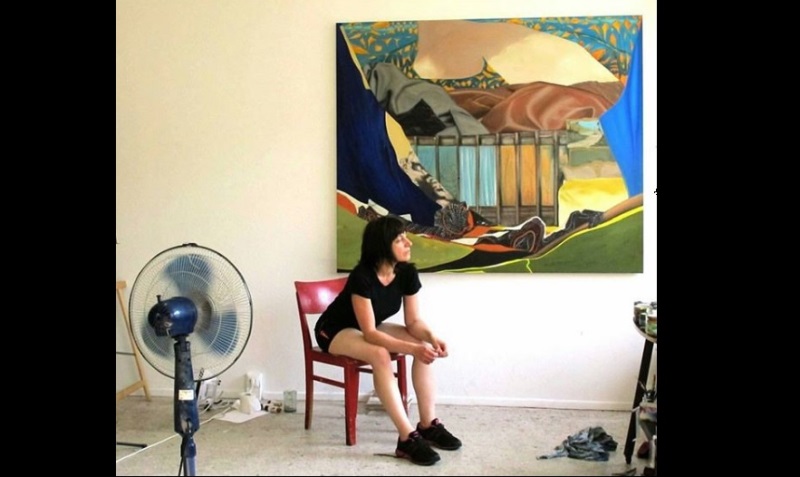