“My painting carries with it the message of pain.” ― Frida Kahlo

Mental illness seems to be the most misunderstood thing in the world today; may be the second most after Feminism! My friend, who is an illustrator, and a mighty good one at that, and I often take long walks away from the quaint town we live in. We talk about everything under the sun, everything that we feel, but find it difficult to express to people who have trained hard to misunderstand and judge. One particular topic that keeps finding its way back into our conversations is mental health, or the lack of it.

We talk about depression, we speak of anxiety, we try to reason why great pain produces great art. “Van Gogh,” he says, “cut his ear off, went to an asylum, and in his room, created A Starry Night.” I come back home, Google this up, and find out that the highest price the painting has ever been sold at was $82 million, and that was 26 years ago. I also find out that Van Gogh died in 1890 and he was impoverished. I shut my laptop with a thud because I know this is a trigger.

Suggested read: How It Is For Someone Living With Anxiety: My Story

We have been going on these trails for a few months now, and in these months, we have lost two powerful voices, both literally and figuratively, to mental illness. The day Chris Cornell takes his life, my friend loses his favorite singer; the day Chester Bennington hangs himself, we both lose a part of our teenage. I remember the night when the news started pouring in about Bennington’s death; how I checked different sources, to be sure this wasn’t a hoax; oh, how I hoped it was one! 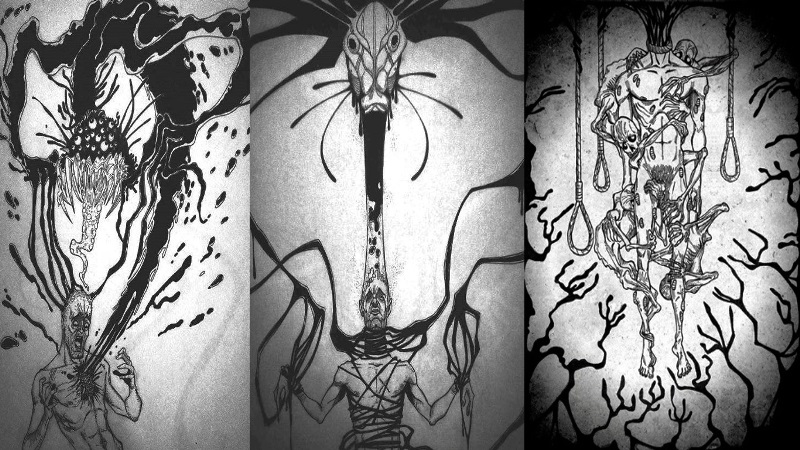 Mourning flowed in after Bennington’s death, but there was also an overwhelmingly loud noise of disdain towards the singer; noise that tried to drown our wails. Some spoke of how Bennington and other metal heads are actually a bad influence on children. Something my friend and I couldn’t stop laughing about. There were others who attacked the dead singer personally, calling him a bad husband and a bad parent. Yes, he had left behind 6 children, but why did no one seemed to be interested to acknowledge the reason behind the suicide? Suicide is the ultimate thing, but what drives one there, what makes one take their own life? It is strange how people “get” suicide, but refuse to even recognize the mental illness causing it.

We humans have always needed proof, haven’t we? How else would you explain the pictures that flood our Facebook walls of people eating, going on drives even if it is to the sabziwala, wanderlusting, trying on new clothes, getting into relationships; we need to give and receive an evidence for everything, even our happiness. When someone says I am not well, you expect scars, marks, a broken bone; when someone says I was hospitalized, you expect some reports, some scans, some blood tests. A person with mental illness has nothing to offer. Would you ever tell a person with cancer to stop being so selfish; you need a vacation; didn’t you just buy a car; when I had fever last year, I fought it so bravely, so if I can why can’t you; it’s all in your head? You wouldn’t, right? Then, what makes it okay to say these things to people with mental illness? It makes it okay because you have no clue how their suffering manifests and what it actually feels like. But, you know what, today we will give you some proof.

Vijay has illustrated 8 of the most common mental illnesses and I will try to tell you whatever little I know or have studied about these. We really hope these answer some of your questions. 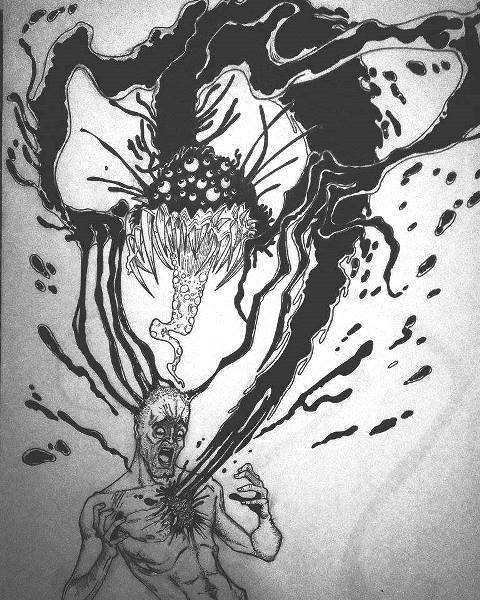 “Anxiety is love’s greatest killer. It makes others feel as you might when a drowning man holds on to you. You want to save him, but you know he will strangle you with his panic.”
― Anaïs Nin 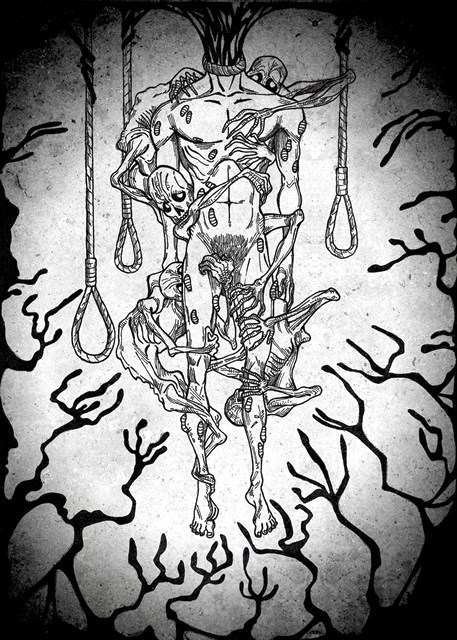 Dependent personality disorder is the excessive need to be taken care of. People suffering from this disorder tend to be submissive. They have a clinging behavior, which stems from their fear of abandonment.

Patterns of this mental condition, which is one of the most common mental illnesses, begin during early adulthood. It arises from one’s perception of not being able to function properly without the assistance or advice of others. The submissive behavior gets chronic with time, if not treated. They are constantly handicapped by fear of losing the support of those they are dependent on. Hence, they have difficulty in expressing disagreement. 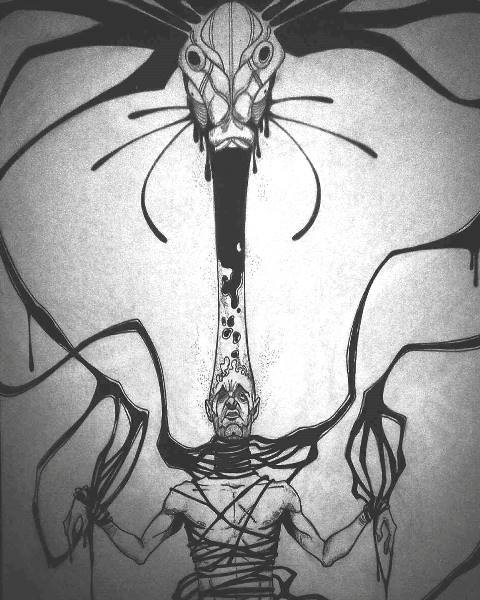 “I didn’t want to wake up. I was having a much better time asleep. And that’s really sad. It was almost like a reverse nightmare, like when you wake up from a nightmare you’re so relieved. I woke up into a nightmare.”

Depression is not sadness. Depression is not a sense of feeling low. It isn’t something that can be treated by developing a stronger will power. It is debilitating. It gnaws at you like a serpent. It feeds on you. It digs a deep pit in your heart, and fills it with a feeling of hopelessness. It makes you want to not continue.

The taboo around depression makes it a topic that should only be discussed as something that happens to others. You aren’t supposed to tell your own experience of living with this monster lest everyone thinks you are mad.

It is very human for people to feel low from time to time, but depression is more intense and comes in waves. It can last for weeks, months, and in some cases, even for years.

A person going through depression finds it difficult to function. Ironically, depression is the most common mental illness today, and yet, it is one of the least talked about. According to statistics, one in every five persons in the world suffers from depression at least once in their life. 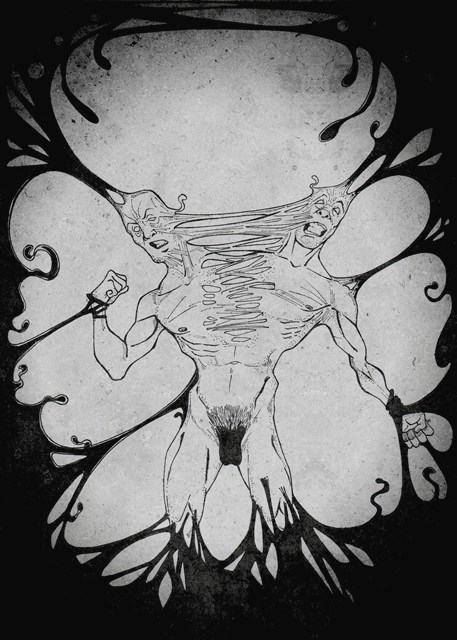 “Bipolar robs you of that which is you. It can take from you the very core of your being and replace it with something that is completely opposite of who and what you truly are. Because my bipolar went untreated for so long, I spent many years looking in the mirror and seeing a person I did not recognize or understand. Not only did bipolar rob me of my sanity, but it robbed me of my ability to see beyond the space it dictated me to look. I no longer could tell reality from fantasy, and I walked in a world no longer my own.”

Bipolar disorder or manic depression is a recurring condition which involves several moods that oscillate between the highs of obsession and the slumps of depression.

The most pervasive feature of this mental condition is depression. It involves emotions of irritability and anger, at some points mixed with a sense of euphoria. The person tends to exhibit an unusual bout of energy and confidence, and during this period of ecstasy, they might overspend or go overboard on celebrating life.

Suggested read: 9 ‘Facts’ About Depression That Are As Mythical As Unicorns & Werewolves! 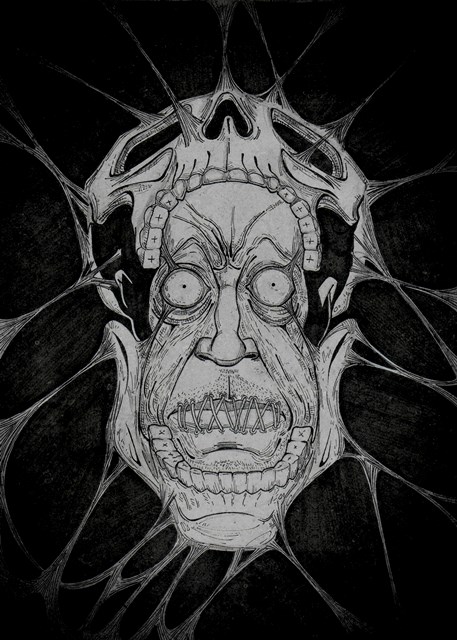 “When the black thing was at its worst, when the illicit cocktails and the ten-mile runs stopped working, I would feel numb as if dead to the world. I moved unconsciously, with heavy limbs, like a zombie from a horror film. I felt a pain so fierce and persistent deep inside me, I was tempted to take the chopping knife in the kitchen and cut the black thing out. I would lie on my bed staring at the ceiling thinking about that knife and using all my limited powers of self-control to stop myself from going downstairs to get it.”

Sleeplessness is a very common condition among millennials, and social media hasn’t been of help in that regard. However, insomnia and bouts of sleeplessness are not the same thing. Being anxious about the future or mulling over the past can rob you of sleep, but that’s not insomnia.

If it takes you more than an hour to fall asleep at night, at least three times a week, for a year, then you have insomnia. According to the Centers for Disease Control and Prevention, more than 70 million Americans have this disorder. 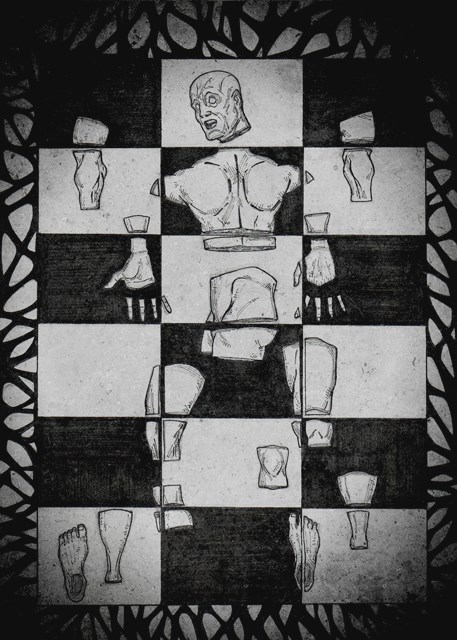 I want her back so bad…

I leave the door unlocked

I leave the lights on.

The term OCD has been used so often that people do not realize how debilitating this mental illness actually is. Obsessive Compulsive Disorder takes many forms. It traps its prey in repetitive thoughts and rituals of behavior, which disables them completely.

If not treated, the condition tends to get more chronic by the day. It can last for decades, and the severity of the symptoms can intensify with time. It gets them sucked into a state of mind where they fear that the something bad would happen if they don’t follow their compulsions in the order that they’re used to. 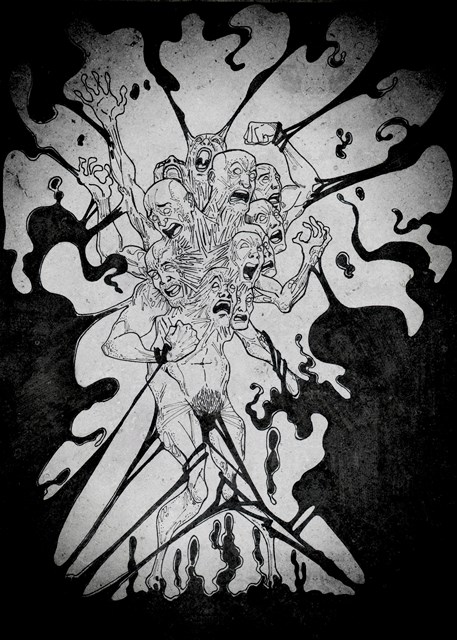 51 million people around the globe have schizophrenia. This mental condition causes delusions and hallucinations in the patient. It lowers the patient’s ability to think, focus, and comprehend. With proper treatment, the symptoms associated with schizophrenia can be cured over time.

According to experts, by studying genetics, conducting behavioral research, and by making use of advanced imaging to examine the structure of the brain and its function, you can come up with more effective therapies to treat the condition.

Schizophrenia is not split personality; it is also not multiple personality disorder. People with this mental condition are not always dangerous or violent as is portrayed in pop culture. 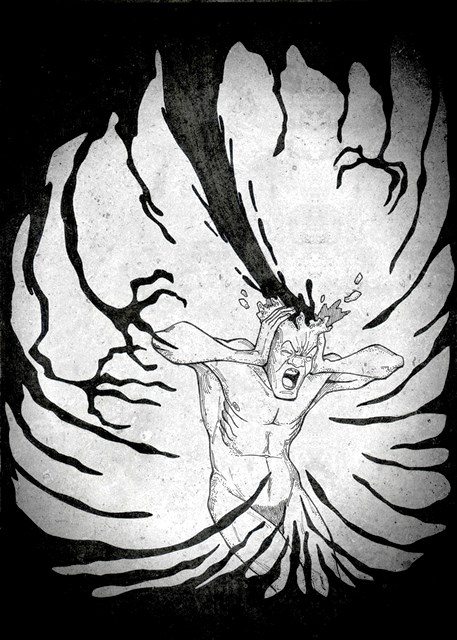 Even in times of trauma, we try to maintain a sense of normality until we no longer can. That, my friends, is called surviving. Not healing. We never become whole again … we are survivors.

Post-Traumatic Stress Disorder is a chronic mental condition which is defined as a psychological reaction to an extremely stressful event, like surviving a military combat or a period of physical or mental violence. The recurring memories of these events create a feeling of prolonged anxiety and fear in the patient, who finds it difficult to believe that they are out of danger. The flashbacks and nightmares are other symptoms associated with this condition.

To battle the stigma around common mental illnesses, it is necessary to understand it better. We need to educate ourselves about these conditions instead of spreading misconceptions. Apart from that, we also need to show compassion; compassion, and not judgment. Only then will people be encouraged to talk about their condition openly, which will facilitate better diagnosis and treatment.

“Give a little bit of love and you get it back,

Give a little bit of pain, you caught in a trap.

For every little thing that you say or do, give a little bit of love and it´ll come back to you.”