Do You Know About These Period Myths? Here’s Why They Need To Be Busted

Periods, or ‘that time of the month’, is often shrouded with secrecy and myths. While some of them roots back to religion, most of them continue to be prevalent even today. Here are 12 period myths debunked.

To begin with, Menstruation is a natural process by which a woman’s body eliminates the uteral lining that is formed, when an egg is not fertilized. This process recurs periodically every month, and is commonly referred to as ‘Periods’. Despite its common nature, the taboo associated with the public discussion of periods makes it even more difficult to investigate the emergence of such menstrual myths.

It is a popular perception that physical activity and exercise leads to dysmenorrhea, or painful periods. In fact, many adolescents refrain from such activities, furthering this perception. This was found in a survey conducted by ‘Betty for Schools’ in the UK, wherein 46% of the interviewees used their periods as an excuse to skip PE classes, even when they were well enough to participate in the same.  However, studies show that exercise often relieves one from bloating, dysmenorrhea and even symptoms of premenstrual syndrome. It is believed that mood swings occur during periods primarily because of the low levels of serotonin (a feel-good hormone) and progesterone. Exercising, however, helps in releasing more serotonin, which in turn helps to curb the negativity.

Many societies in India conform to strict dietary regulations for menstruating women, which includes avoiding sour foods such as curd, tamarind, and pickles. However, there is no connection between consumption of such food items and menstrual flow. This period myth could however stem from the idea that certain food items can cause digestive problems and aggravate the bloating that already persists during menses, leading to discomfort. Again, it does not affect blood flow!

This is perhaps the most common period myth that exists! From caste-based societies in South Asia see the notion of purity and pollution in their everyday lives, many such instances have also been found in other cultures as well. Islamic tradition does not allow women to touch the Quran, or keep fast during Ramadan, and disallows intercourse during menstruation. Judaism takes it even further, and does not even allow for physical contact with menstruating women. Hindu traditions rooted in Brahminism, calls for seclusion of women for 3-4 days during menses. Some of these period taboo could be founded in health concerns, justifying the seclusion and lack of physical contact to prevent infection. However, some of these traditions have been twisted and menstruating women are reduced to being deemed as untouchable.

Pre-menstrual syndrome, or PMS, is a medical reality, and associated with symptoms of cramping, irritability, fatigue and even depression. Many reports have suggested that PMS is a culturally constructed phenomenon, wherein women in the West, where the notion of PMS is heavily emphasized, seemed to suffer more from the same, as compared to women from China and India where the cultural notion of PMS did not exist, and the women seemed to not complain much about PMS symptoms. However, gynecologists widely accredit this version to the fact that the symptoms are not culturally curable, and rely on the premise that the needs and experiences of women are generally treated to be less important than that of a man.

The idea that you cannot get pregnant during your periods is a popular one. However, it relies on the notion that a woman fertile when she is ovulating, which precedes 14-15 days, before the onset of menstruation. The probability to get pregnant is perhaps the lowest, but the underling assumption of this is that the period cycles range from 28-30 days. If a woman has a shorter period cycle of 21 days, the chances of getting pregnant during periods increases, for a sperm can live up to 2-5 days after entering the body. So this idea ignores the diversity of period cycles among women, and cannot be held as an acceptable fact, but a period myth.

Pop culture has glorified sharks and bears as blood-thirsty animals, who can smell blood from miles afar. As rational human beings, this logic was used to correlate that since menstruating women lose blood, they have the potential to attract such wild fauna. The good news is, menstruating women do not lose as much blood as maybe scraping of skin or other injuries would, and the odor produced from the same does not seem to impact the hunting skills of bears, or sharks. Rather, they remain indifferent to period blood, making this a popular period myth. Many believe the persistence of this myth on the patriarchal notion that a menstruating woman will be unable to thrive and survive in the wilderness, and fails to address more pertinent issues of safety to begin with.

Menstrual blood is not different from regular blood- in fact a woman loses 4-12 teaspoons of blood every cycle. However, the physical properties of the discharge during periods is different from perhaps bleeding from a cut. This is because alongside blood, mucous and tissues from the uterine wall are also shed, and appears as clumps in the discharge. Even the specific period odour arises from the presence of bacteria in the vagina, which generally thrives on blood. Changing of sanitary napkins and tampons could help with the odour, but yes, the discharge during menstruation is mostly blood, which is not any different from regular blood.

Most women give examples of how their period cycles have aligned with a friend, family member or a colleague, simply because they spend a lot of time together. This belief is also tied to the waning and waxing of moon, justifying the syncing of periods. However, a study carried out by the fertility app Clue and University of Oxford, shows that menstrual syncing is a myth. In fact, they concluded the period cycles tended to greatly diverge over time. This idea that your period is syncing with your friend’s comes from the human tendency to identify patterns and information bias.

A popular belief remains that lifting heavy objects during your period could aggravate the cramps affect menstrual flow, leading to more painful periods. But researches have proven that there is not significant difference in menstruation between women who were involved in lifting heavy objects (above 20kgs), and those who did not. There were reports of premature births and lowering of the uterine cervix, but was found in a group of women who regularly physically exerted themselves in such occupation. Lifting heavy objects is clearly does not affect one’s menstruation, and perhaps is one of the biggest menstrual myths that requires to be busted!

A very common perception, the roots of this myth appears from the ayurvedic understanding of the human body. It believes that the normal shedding of the uterine lining is just like a wound in the uterus- so engaging in normal physical activities would affect the blood flow, just as it would do to an ordinary wound. However, researches mentioned in the points above have proven time and again that physical activities do not affect the blood flow. In fact, resting during periods should come from severe cramps that demand rests could be symptoms of endometriosis, and requires immediate medical attention.

Many traditional societies, especially the ones in south Asia, have lived by this prescription for ages, leading to further stigmatization of menstruating women. It is believed that when water flows from the back during a bath, it has a strange effect on the ‘Mooladhar Chakra’(one of the 7 chakras in the human body), which is the closest to the reproductive system. It intercepts the outflow of blood, and it was thus advised to only maintain basic hygiene by washing just the hands, face, legs and the genital areas.

But a nice warm bath could often relieve painful cramps, and even premenstrual tension, and it is often suggested by gynecologists to maintain hygiene to prevent bacterial infection. So aversions to not taking a bath, or even washing your hair, is nothing but a period myth that has passed down generations.

This lore can find semblance in many cultures across the world- touching pickles would rot them, touching plants would kill them, and cooking food could spoil them. Many sociologists acknowledge the roots of this lore from the idea that women were to be taking a break from their traditional domesticated activities, but they further tabooed a normal biological function.

But as it happens in patriarchal societies, these period myths became binding rules expanding the belief that signified menstruation as an impure and polluted process. The taboo that occurs with menstruation could be attributed to these myths, for isolating women and preventing a culture that discusses them openly made most people believe that periods are harmful.  While there is definitely no scientific rationale behind these beliefs, the myths could thrive because of a lack of scientific temperament in the same patriarchal societies. In fact, studies associate that the taboo around menstruation as a taboo originated from women trying to create their personal space, but it eventually infringed on their autonomy instead of enhancing it. While the origins of the same are disputed, one thing is a certain, we need to change the systems to ensure that these popularly held beliefs are recognized as myths. 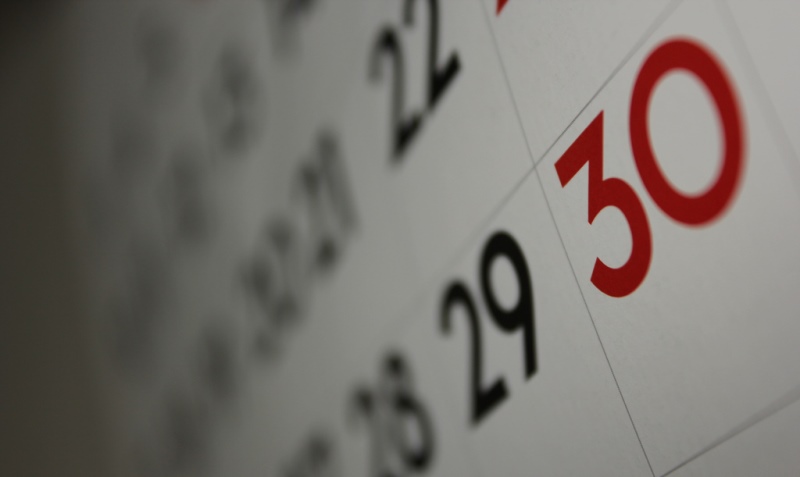 Article Name
Here are 12 Period Myths Debunked
Author
Sreetama Basu
Description
This article investigates some of these period myths and identifies the basis of their existence. It also questions the pertinence of such myths.