Some of us (I mean myself) hate people. Okay, maybe not all the people. But definitely most of them. Why does everybody have to talk so much? How am I expected to be friends with more than 5 people in one lifetime? I don’t get it. People have set downright unnatural standards for what human beings should be. I like myself more than most people I meet, and that is saying a lot for somebody with ground-bottom self-esteem. Honestly, keeping up with the roller-coaster of human lives is a tough job. It is definitely not one I find easy (or worth) keeping up with. 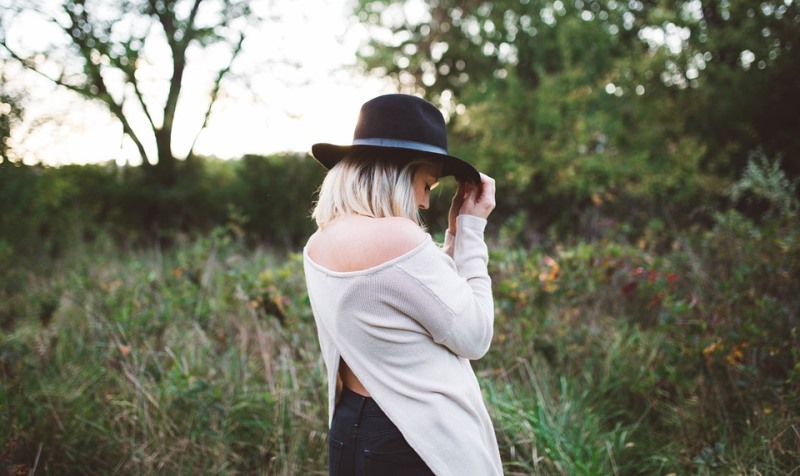 Having said all of that, it would be extremely hypocritical to negate the discussion we are about to have. Irrespective of how much you may love your own company, it will not get you through life. I am sorry to burst your bubble, but you are not going to be enough for yourself in several situations. I am not asking you to get married, or pledge your freedom to another human being. That is the last thing I (The Ambassador of Single Life) would promote. However, as hard as it was for me to accept this: one has to learn how to be social, if one has to survive in the 21st century human environment.

Suggested read: 15 Things You Need To Know If You’re Dating A Person With Social Anxiety

Why Do I Need To Talk To Other People?

1. Who else will give you that promotion?

I am not asking you to be best friends with your boss. a) It’s opportunistic behavior if you’re doing it for the sake of a higher salary, b) In 9 cases out of 10, if you are using somebody, then they will use you back (and not in a nice way). Steer clear of being the leading office villain in a chick-flick.

Networking/Lobbying is important in every line of business. Speaking to other people, maintaining semi-professional relationships with them, will keep you in the loop of the happenings in the business world. Unless you are a Himalayan cave-enthusiast or something. Then you can be excused, I suppose.

Picture this: You are alone at home when you trip and fall down the stairs. You lay there bleeding, and none of your neighbors respond to the noise because they don’t even know you exist. The other possibility is that you have scared them away with your poker face, and they now believe you’re a sorceress whom they’d like to clearly avoid. In case of emergency, people come in handy. Trust me to speak about human beings as objects. Forgive my Introvert Lingo.

These are the only two reasons worth trying for. I am sure there are a million others, but I will selfishly tell you that none of them matter more than this. Chances are, if you hate socializing as much as I do, reasons such as ‘Having Friends Is Nice’ will not cut it.

How Do I Manage This Herculean Task? 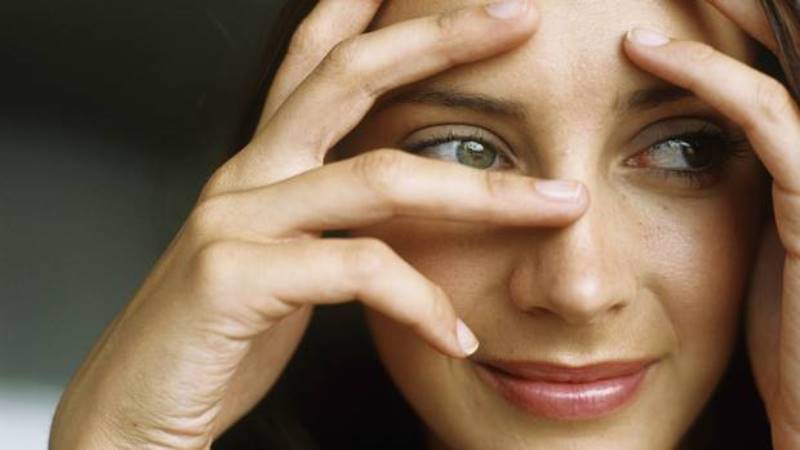 Disclaimer: If you’re a social person with feelings, then you need to know something. I look at the prospect of socializing as nothing more than a project or a game (and am clearly the authority on how to be social), so if you don’t mind being addressed as Monopoly objects, then read on.

Remember how we made diagrams in school? Chalk out who you want to target, or how many. You could even allot time periods per person, and set a limit. For instance, I generally set my bar really low and oscillate between 0-1. If I’ve spoken to a stranger for more than 5 minutes, then it’s a Golden Day. It is important to know your capacity, and under what circumstances you function best. Imagine playing CounterStrike. Plan as though you were descending into battle.

Don’t force yourself to speak to all 60 people at a party. That is downright rude to your person. It is also a high form of criminal offense to put one’s soul through that kind of torture. More than 5 different conversations in the span of a night is considered to be laudable, but more than 10 is simply pushing it.

3. Think through the conversation.

Based on who you’re talking to, a rough sketch of the probable conversation can be made. Of course, for this to work out, you need prior knowledge (or background search) of the person in question. So, if they are into music, art, books, then you know the subjects to broach. Stick to a mutually comfortable point of conversation.

I’ve learnt this tactic from all the people who smoothly slide into my DM. I used to think our mutual interests were a genuine coincidence, until way too many people hit upon the same “coincidence” with me. Some of them have also made the fatal mistake of applying these measures on a group of women who happen to be best friends. So, my standing advice is: Don’t fake it. These measures are meant to help you bond with another person, and not for a Master’s in Cyber-Stalking.

Your low sense of self-respect is one of the greatest hindrances you will face in your life. I have declined several social invites simply because I thought I would not fit in. I over-thought situations until I gave myself the very anxiety I was trying to avoid. In retrospect, I often feel that a zombie apocalypse would be more believable than all the scenarios I paint inside my head. Most of them are self-bashing and downright unfair.

Fear makes you do that. Recognize the horrible tactics your mind is indulging in, and pay no heed to them. The person you have never spoken to does not hold a lifelong grudge against; no, they will not bad-mouth you once you turn away; no, it will not be the most awkward encounter of your life. Hell, you might even end up being great friends.

5. Find all the escapes (excuses).

We often feel trapped in situations where there is no exit in sight. Go over all the ways in which you could possibly escape the conversation should it turn sour or undesirable. I’ll give you a few of mine to get you started:

6. Take the challenge higher, each time.

Test yourself. How long can you hold up a conversation with a stranger? How many people did you speak to at the party? How many conversations did you initiate and vice versa?

If you are an over-achiever, then a to-do list will compel you to get work done. Setting a challenge for yourself is a first step towards achieving it. Charting a graph at the end of every month would give you a clear sign of progress. Or you could just behave like normal people and refrain from plotting a graph at the slightest of opportunities. In my defense, graphs are beautiful, and much simpler than people.

7. You do not have to get along with everybody.

It is perfectly alright for you to not like some people. Socializing skills don’t involve discarding your spine and sucking up to your foes. Talk to the people you like, or could possibly hope to get along with. If you get bad vibes from somebody, then it is completely okay to cut them off. Prioritizing your mental health above conventional standards of politeness, is something nobody will ever teach you.

Let’s speak of an alternate situation where you are the one being cut off. That is alright too. It is impossible for the entire world to like something. You are not water. Remember that some people rejecting you does not mean everybody will. Don’t let a single response break you.

When you say “I want cake”, you don’t mean all the cake in the world. That is impossible, unhealthy, and slightly weird. It is the same policy one should apply to every venture. If you want to be good at something, then practice it with a vengeance. But remember that everything has a healthy limit. If you want to hone your skill in Mathematics, then practice for a fixed time period, every day. Don’t forsake food and sleep to become the master of Calculus. You want to score better, not end up in a mental asylum.

For the ones who like spending time on their own, having to participate in regular or prolonged conversation can be extremely taxing. So, know your limit, and respect it. Pushing yourself off a cliff fetches no awards.

9. Asking for help is okay.

That’s what wing-men/women are for, right? If you find it difficult to set yourself up with somebody, signal a friend for help. I honestly do not know how this is done, because I am a horrible wing-woman. But from what I’ve learned from movies, it can be extremely rewarding and helpful. You don’t need to do everything on your own.

Even in formal settings, having a friend set up a conversation can reduce your stress significantly. If this is a senior professional you are trying to speak to, then get a mutual friend to introduce you to them. Remember that they are all very human under their badges.

10. Remember that you can always walk away. 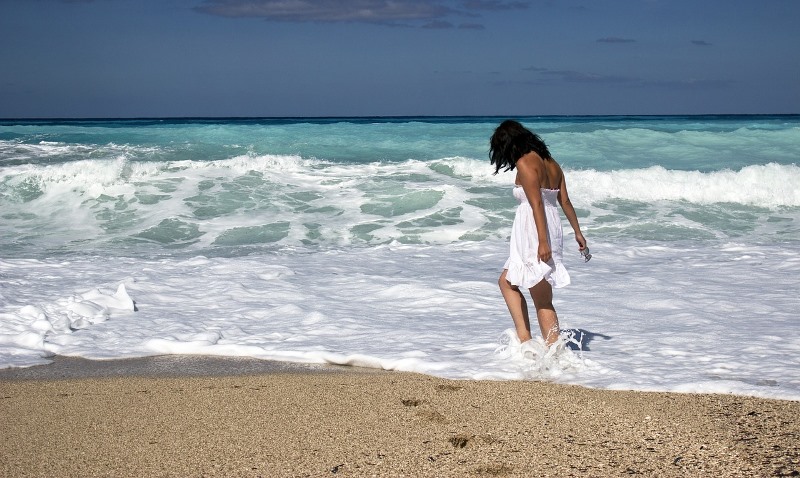 This is my favorite part. Always remember that this is not permanent, or even compulsory for survival. Society will not claim your house and pets if you fail to make friends. Being able to communicate is simply an added advantage. It helps you make your life easier. But if you should fail to socialize, or find the activity harming your mental health, then please retreat to your cocoon.

Suggested read: #AstroSpeak Why You Think You Are Socially Challenged, Based On Your Zodiac Sign

This discussion aims to help introverts who harbor the desire to socialize. If you do not wish to, then your choice must be equally respected.

I hope this discussion helped you figure out at least 1% of how to be social. If you ever met me, then you would know I’m a prime example of Not Listening To Your Own Advice. I will pray for each one of you who have made up your mind to venture into this Socializing Thing. 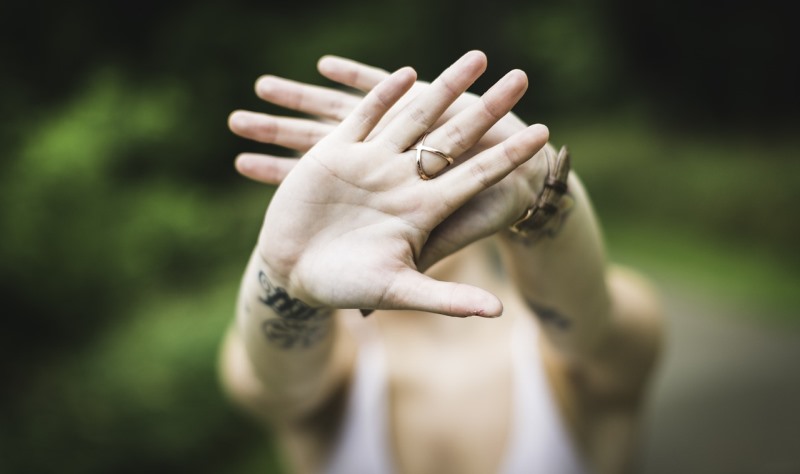 Article Name
Here’s A Guide On How To Be Social When You’d Rather Be Anything Else
Author
Meghalee Mitra
Description
One has to learn how to be social, if one has to survive in the 21st century human environment. Let me share with you my experience.