About Dealing With Passive Aggressive Behavior

Man is a social animal. We all know the value and importance of communication in our lives. For both formal and interpersonal relationships, communication is an important aspect without which no relationship can sustain itself. In order to resolve any conflict or differences, establishing a line of direct and honest communication is the first and often, the only proper solution. However, communication is where we as humans seem to be lacking the most. There are so many misunderstandings and failed relationships which exist directly as a collateral damage due to miscommunication between two people. More so, in today’s modern world, what with communication technologies reaching newer heights, we seem to be more distant from one another than we ever have been. In spite of all the faster modes of communication, we still haven’t figured out how to communicate our feelings and thoughts in an appropriate manner.

Suggested read: 6 Sure Signs That You Have A Passive Aggressive Partner

At some point or the other in our lives, we will all come across that one person who is inept at dealing with their emotions and never knows the right way to express them. Sometimes, we ourselves may be that person. A person’s inability to deal with their emotions does not magically make them disappear into thin air. They exist and manifest themselves in forms which we often are unable to make sense of or deal with. In such cases, one will find a marked difference between what the person thinks or feels and how they express those very thoughts and feelings. Repressing emotions or expressing them through subtle, indirect means will only lead to more anguish, along with the possibility of an eventual outburst which will obviously be harder to cope with.

People who have passive aggressive personalities are a prime example of this discord between one’s thoughts and their corresponding actions or behaviors. People who have passive aggressive behavioral tendencies tend to express their negative emotions through subtle actions and backhanded responses rather than dealing with them directly. There is a separation between what they say and do. They are incapable of facing confrontations where they are required to express and communicate their feelings directly to another person. Their non- confrontational tendencies make it much harder for them and those around them to resolve conflicts effectively. Since their emotions end up being repressed and do not find a healthy outlet, such people are also more prone to holding in grudges which manifest in future conflicts with the same person, thus making it difficult to maintain a healthy relationship with them.

Creating this separation between what we say and do is something we’re all guilty of. For example, someone is bothered by certain actions of a close friend of theirs. The right thing to do would be to approach this friend and directly express what has been bothering you. However, for someone with passive aggressive tendencies this might not be their go- to solution. They might write a long post indirectly ranting about their friend and share it on social media, while pretending that everything is okay when they interact with each other. Or, they might make snide remarks about it whenever their friend is around. Instead of solving the issue, this sort of behavior will only leave the friend feeling confused, and even angry, while being completely unaware of what they have done wrong. As a result of this, the friend might even retaliate negatively by making things worse, or continue to remain oblivious to the person’s botherations. Another example would be if someone at work were to suggest something which you did not approve of. However, instead of voicing your concern for it, you resist following it or keep undermining it in other ways. Again, this sort of behavior tactics will not make your problem go away, and neither will it give you the satisfaction of having your views expressed.

While the exact cause behind passive aggressive behavior is unknown, researchers believe that it usually stems from a childhood stimulus, such as- alcohol or drug addicted parents, bullying, abuse, etc., along with an environment which was unsafe for the free expression of negative emotions like anger and frustration. Suppression of the honest expression of feelings in children can often lead to passive aggressive tendencies when they reach adulthood. It can also be a symptom of certain underlying health conditions, like stress, anxiety disorders, depression, ADHD, conduct disorder, etc. Alternatively, individuals may simply just have difficulty being directly aggressive or assertive in their interactions.

Whatever the underlying cause maybe, it is not always easy to deal with passive aggressive behavior. Having the ability of dealing with passive aggressive behavior is important because it will help you to navigate, assess and deal with your own interactions as well as that of others. On the one hand, the person is clearly upset about something, but their manner of expressing can often be irritating and infuriating. It might even provoke you to react negatively and make things worse. Keeping your cool and tactfully reacting in such situations ensures that the conflict doesn’t escalate further.

If it’s someone you personally know and are close to, you will be well aware of their passive aggressive tendencies. Obviously, that doesn’t mean you will always be in the headspace to deal with that adequately. What you must remember, though, is that they don’t know any other way of communicating their feelings. This is how they have always functioned and changing someone’s behavioral patterns is not an easy feat to achieve. They are not good at confrontations and forcing them to be in one will only push them back further into their shells. Try to identify the signals they send out when they’re upset about something, and get them to have a conversation about it with you. Approach the subject cautiously and don’t lose your cool when they open up about it.

Suggested read: How far is too far: Setting boundaries in a passive relationship

A good solution for dealing with passive aggressive behavior is to open up to them about some issue that you may have. Expressing your vulnerabilities to that individual builds a sense of trust and confidence, which might just be all they need to open up about theirs. Empathy is a powerful emotion and can permeate through the strongest of walls. If you can successfully get them to talk about their vulnerabilities, it could actually help them realize how satisfying it is and can make them introspect on the efficacy of their repressing tendencies. Show them that being honest about one’s emotions is not a sign of weakness, rather it is liberating and helps ease one’s own anxieties. They might be inclined to emulate your actions and try it out themselves. Moreover, passive aggressive behaviors have certain environmental triggers. Identifying those triggers helps greatly to combat this behavior. If you know these triggers, you can try to avoid them and ensure you do not cause passive aggressiveness in the individual. Of course, this doesn’t help the individual correct their behavior in situations involving others, but it helps you to deal with it.

If you’re dealing with passive aggressive in the workplace or in any other formal setting, dealing with it becomes slightly more difficult. You cannot approach them in the same way as you can with a friend or someone you are close to. What you can do is maintain your own positivity when interacting with them. Be approachable to them and treat them with warmth, so that they can freely talk to you if there’s something bothering them. Be ready to listen to what they have to say and do not lose your cool, since that might aggravate their passive aggressiveness. Also, getting them to engage in a casual conversation and steering it towards what you think the problem might be can also help to get them to talk about it. Sometimes, however, if the person is adamant about acting in a passive aggressive manner and refuses to engage with your attempts at mature conversation, the best thing you can do is to just ignore them. Keep your head down and get on with your work because it isn’t always your responsibility to fix someone’s life.

Even if we learn how to deal with passive aggressive behavior in others, it does not guarantee the fact that those behavioral patterns will cease to exist. We might a way to work around them, but they will continue to persist in certain other situations and aspects of the individual’s life. Passive aggressive behavior is something that is deep- rooted in an individual’s personality, no matter what the cause may be. Fixing it permanently is something which only trained mental health professionals and therapists are capable of. If you or anyone you know exhibits passive aggressive behavior, talking to a therapist might help in eliminating the root cause behind it. Being in any sort of relationship with a person who has passive aggressive behavior is taxing addressing them is necessary. The person who exhibits this behavior also goes through a great deal of suffering in their day to day lives, and might develop other unhealthy outlets for coping with their repressed emotions. Seeking professional help alleviates not just their miseries but also that of those around them.

Suggested read: 8 Golden Rules To Be Aware Of When Dating Your Ex’s Friend

I hope this post on dealing with passive aggressive behavior helps you. Let us know in case you have any doubts, 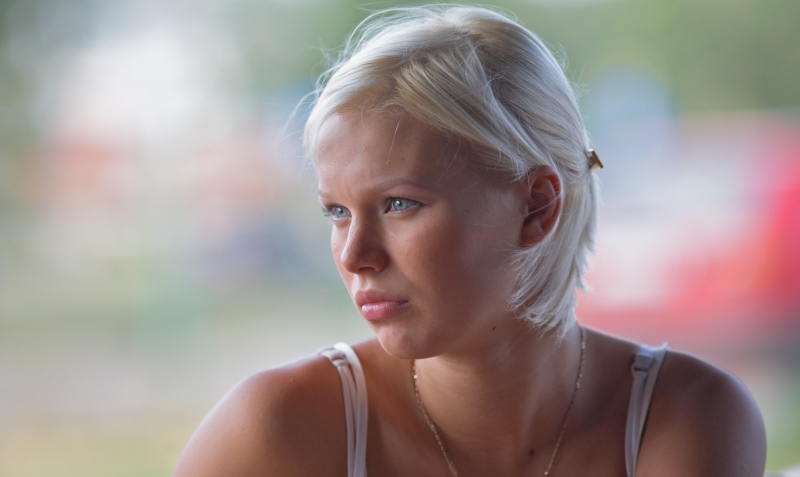 Article Name
Here's Everything You Need To Know About Dealing With Passive Aggressive Behavior
Author
Sanjukta Bose
Description
A good solution for dealing with passive aggressive behavior is to open up to them about some issue that you may have. Here's how you can do that.