Chetan Bhagat’s One Indian Girl Makes The Feminist In Me Cringe With Pain!

Chetan Bhagat’s One Indian Girl was supposed to be this month’s big release, which it was, but for entirely different reasons. It was a big blunder, a big blot on feminism and everything it actually professes. Before I begin reviewing the book, I want you to read something:

“Obviously, it’s not easy to figure out girls as a man, so some really unusual things I had to do. One of those things was waxing and all I have to say is- girls, lot of respect! Because when I got it done, it was really really painful. And to think that girls do this regularly, maybe, like every month, was quite an experience for me.”

Suggested read: How watching PINK forced me to confront the TRUTH about sexual assault we conveniently FORGET

That’s Chetan Bhagat for you! Now, what can you expect from a man who needs to get himself waxed to understand a woman’s pain, or rather, “figure out girls”!

Bhagat’s absurd understanding of women has a bearing on his protagonist, and so, on the book! Radhika Mehta, the “feminist” lead of Chetan Bhagat’s One Indian Girl, refers to waxing as the beginning of her transformation from a geeky duckling into a seductive swan! Wait, what?

The opening chapter of the book starts on a very engaging note. Radhika is a very successful Indian girl, who is having a hell of a difficult time finding herself a match, a man who isn’t threatened by her success. She even introduces herself to the readers as someone they won’t like very much, because:

“One, I make a lot of money. Two, I have an opinion on everything. Three, I’ve had sex. Now if I was a guy you would be okay with all of this. But since I’m a girl these three things don’t really make me too likeable do they?”

But with each page you turn, you will realize that this opener was only penned for the blurb, to hook the readers in.

Just because there is a woman in your book, doesn’t make your book feminist, Mr. Bhagat! Radhika is no feminist. She is a shamer, who pokes fun at the aunties practicing for her sangeet. Radhika is a woman who looks down upon anyone who’s made life choices different than hers. She incessantly mocks her elder sister for not being educationally-leaning like her, and tying the knot at 22, by choice. Now, how can you call yourself a feminist, and do the exact opposite of what feminism teaches you, things such as, standing up for other women, supporting them, being careful about the way you speak of and to them, and noticing how you refer to a woman while talking about her? Radhika has failed at all of these, and we’ve only got Bhagat to blame!

There are multiple instances where she judges the hell out of other women in the book. Isn’t that the anti-thesis of feminism? Doesn’t feminism teach us to stand up for other women? Radhika mocks the idea of women’s consent and a woman’s right to say no when her groom-to-be and some of his friends gatecrash her bachelorette. She says,

“Even though the girls protested at the boys coming here, they secretly liked it. This is how we girls are. At times we want to be wanted, even when we deny it.”

And why does the woman keep calling herself a slut? For example,

“Rather be a spent and finished slut than a good but frustrated Indian girl.”

Now, it is quite clear to anyone but Mr. Bhagat that the word is being used in poor taste. He is trivializing the term, and I can say so with conviction because it makes an appearance again. When Radhika is wondering whether she should go out on a date with this guy WHO ASKED HER OUT, she ponders,

“Will it look too cheap and desperate if I say yes? Will he think I’m a slut?”

And again, when she catches herself teasing a guy on their very first date,

“You don’t want to be judged as a slut on the first date.”

“How can a girl admit she’s thinking about kissing? Isn’t that what super sluts do?”

Mr. Bhagat, what the hell is a Super Slut?!

Radhika dubs herself a feminist, time and again, in this disaster of a book, and if that’s true, her views of feminism are problematic.

If she is a feminist, how did she approve of an arranged marriage, most importantly? You must be thinking why opting for an arranged marriage would make a woman anti-feminist? Well, let me explain. Arranged marriages, inherently, infringe upon basic human rights, especially women’s rights. It is totally built on the idea that women need to be conditioned. A woman’s choice is taken away from her while she is expected to stick to the decision that’s made for her by her family, because family knows best! But what may be best for her family may not be best for her, right? She might be looking for an entirely different kind of a person to spend the rest of her life with. Her needs might be quite different from her parents’: May be, she doesn’t want to get married, or, wants to tie the knot with someone her own gender or, someone who is not her age, or, with a person of a different complexion, or, maybe she doesn’t care two pennies about skin-tone, or height or weight or bank balance!

Also, in an arranged marriage, you don’t get the time to get to know the person a little deeper. “But you are given a year to go around?” Well, with a gun pointed at one (by their family: “isn’t he perfect?!”), they will get married even to a cow, no? Also, after going around with a man for a year, if you reject him, won’t you be judged for that? After all, you brought ‘shame’ to the family and its honor! *GASP* Plus, you will be a year older and yet unmarried! Your parents and the society will just LOVE you for that!

An arranged marriage is built on “consent under duress,” and so no matter how it may have changed in the last few decades, it still is anti-feminist!

Another instance in the book, which highlights that Radhika isn’t a feminist is when she falls for her potential hubby’s idea of the right word for feminism: Humanism! Well, I will let Chimamanda Ngozi Adichie knock a little sense into Mr Bhagat here:

“Some people ask: “Why the word feminist? Why not just say you are a believer in human rights, or something like that?” Because that would be dishonest. Feminism is, of course, part of human rights in general – but to choose to use the vague expression human rights is to deny the specific and particular problem of gender. It would be a way of pretending that it was not women who have, for centuries, been excluded. It would be a way of denying that the problem of gender targets women. That the problem was not about being human, but specifically about being a female human. For centuries, the world divided human beings into two groups and then proceeded to exclude and oppress one group. It is only fair that the solution to the problem acknowledge that.”

It would, however, be wrong of me to say that Chetan Bhagat’s One Indian Girl gets everything wrong. The book is on-point when it talks about the bizarre obsession of Indian parents with their daughter’s marriage. It lashes out at their absolute indifference toward her accomplishment. It displays the blatant differences between the ways the groom’s side and the bride’s side conduct themselves at the wedding. Bhagat, through Radhika, asks the reader some serious questions, like, why a woman cannot make more money than her husband? Being a 26-year-old woman who is unmarried, why does that have to be a taboo? Why is a daughter with “wheatish” complexion less marriageable than one who is fair? Bhagat should be praised for making the reader think about these things.

Suggested read: I am a feminist, but neither am I a man-hater, nor am I asking for preferential treatment

But these few instances where he gets it spot on cannot fool us into believing that this is a feminist novel. Sorry, but both Bhagat, and his Radhika, get feminism only on a superficial level, which isn’t enough to bring out change, but rather, impedes it, by putting forward a very twisted idea of feminism!

For more book reviews, subscribe for our daily newsletter today! 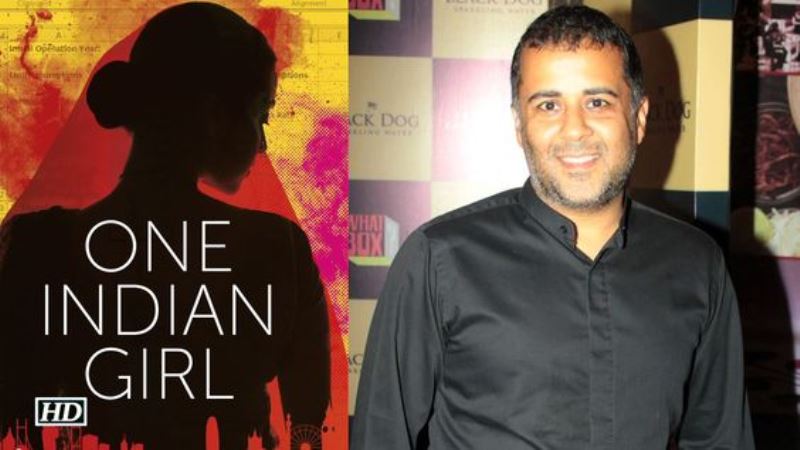