Thanks to Bridget Jones, among other fictional ladies, for fashioning the idea that a woman ‘lacking’ a man, is a lonely woman; someone who is not just sad and chaotic, but also severely troubled, because she does not have anyone to love her. Why is it so difficult for people to imagine that a single woman can be a content woman? I mean, men who promote singlehood, in reel and real life, on the contrary, are glorified, right? How would you otherwise explain the popularity of characters like Joey Tribbiani or Barney Stinson or Charlie Harper? A single woman, according to mainstream media, may pose as a vivacious, busy, ambitious woman, but in reality is waiting for man only who can authenticate her existence.

Suggested read: Are men prepared to handle women who sleep around?

In the midst of all this duplicity and falseness, we have a series by Idalia Candelas, a Mexican illustrator. The series is dubbed Postmodern Loneliness, which depicts sketches unveiling a simple truth that women who are alone are also as content as those in a relationship; they have their own pleasures and satisfactions.

Using pencil, ink and watercolor, Idalia Candelas creates illustrations on the time she spent alone in the city of Mexico. She captures the simple customary leisure of being single: There are sketches of a woman lounging in her kitchen in her underwear, enjoying a cigarette while preoccupied with thought, reading from her kindle with her legs stretched out relaxed up the wall etc.

When asked about her drawings, Idalia Candelas told Mic,

“The theme of the loneliness has been recurring in my drawings. I like to show women who exist in solitude but do not suffer. They are not depressed or crying. Rather [they] are safe, exalting in the sense of enjoying the company of just herself.”

Idalia’s series reminds me of an idea that most people, in my humble opinion, do not realize. Being alone and being lonely are two very different things. While being lonely may be unhappy, being alone, more than often, is liberating. This is because when a woman decides to be alone, whether that decision is made consciously or unconsciously, she makes a choice for herself, a choice that suits her.

“One is that the creators of popular culture are so intent on pandering to the mainstream, which they believe to be stalwarts of “traditional family values”, that single women are still portrayed in film and television according to reductive stereotypes that seep into the consciousness and influence how we perceive women, and how women perceive themselves.

Second, there’s our cultural fetishisation of romance, and the couple form, and the idea that marriage is the catch-all answer to all our problems. This notion that one person can make us happy in every way is fairly recent – and it’s an impossible expectation. We are each responsible for our own happiness.

Finally, even in light of women’s incredible social, economic, educational and professional advances, our social system is still largely patriarchal, with men holding the majority of power positions, and as such hasn’t evolved to the point where it can consider women outside marriage and motherhood.”

Suggested read: 11 things single women should do instead of chasing a man

The sketch series of Idalias Candelas efforts to break these stereotypical thoughts and mindsets. You can glance through her stimulating artwork here: 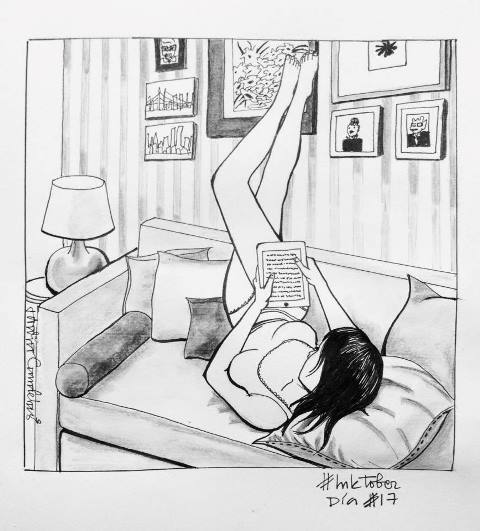 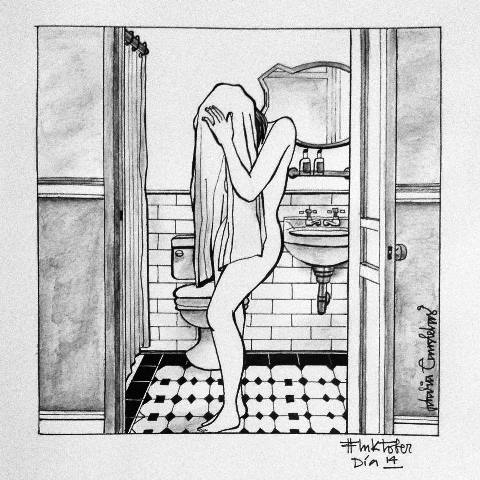 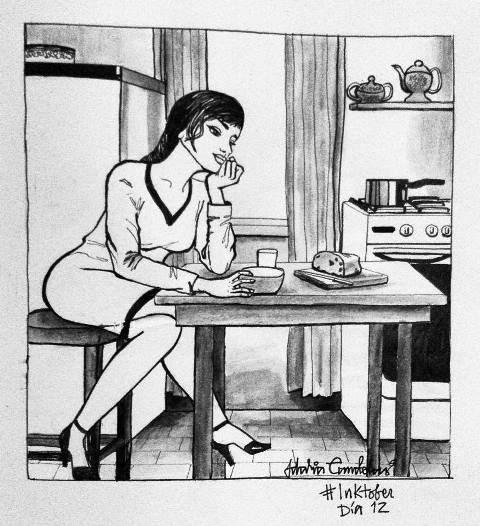 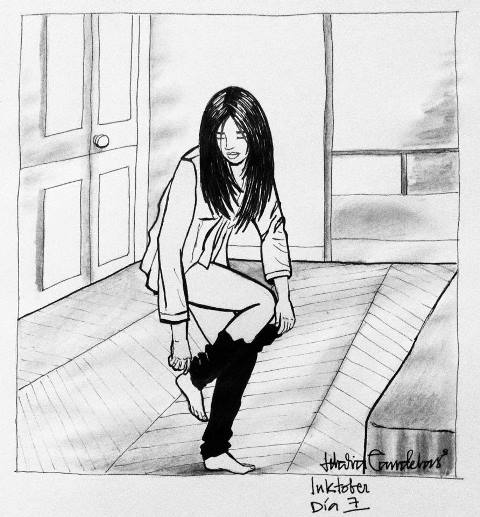 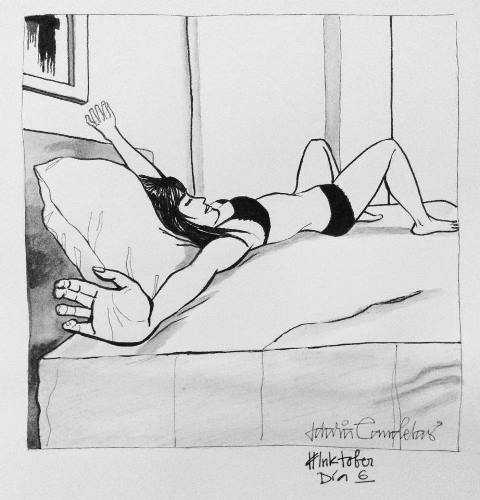 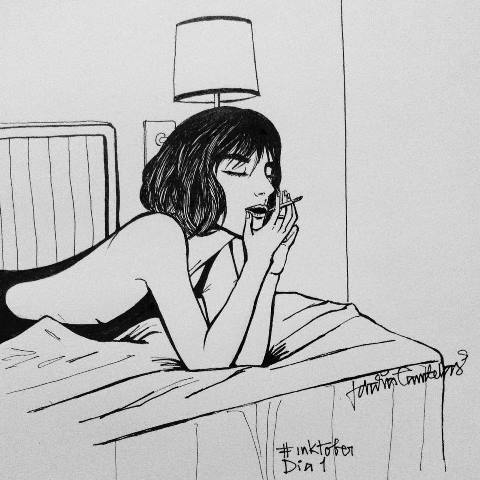 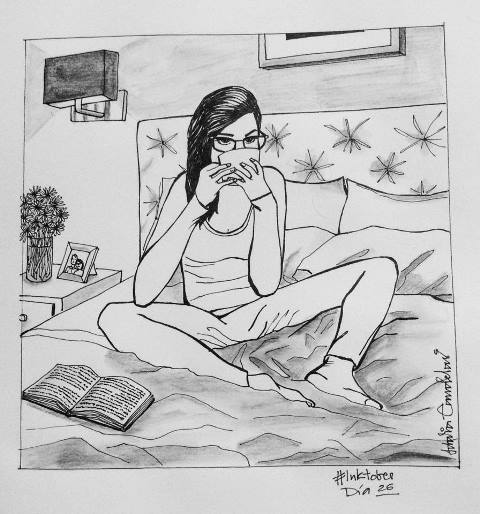 That’s a wrap from us! What are your thoughts on these sketches and the idea that single women are alone but not lonely? Let us know in the comment section below! Cheerio! 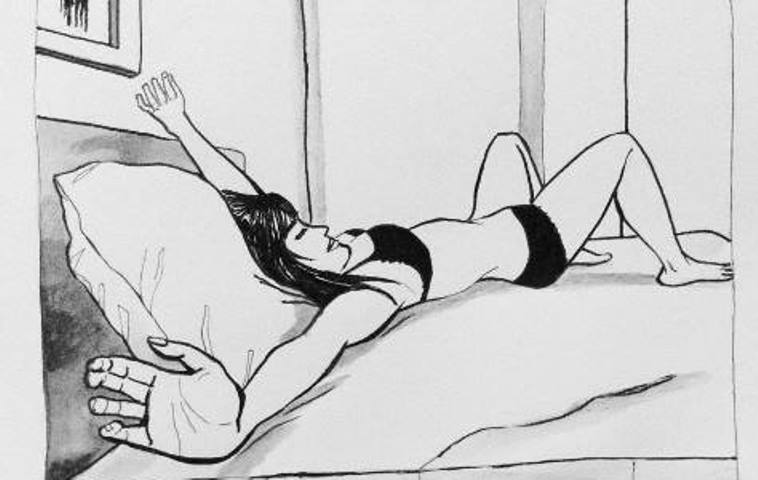 Article Name
Idalia Candelas Artfully Reveals Why Women Who Are Single Are Not Suffering
Author
Riya Roy
Description
Postmodern Loneliness by Idalia Candelas unveils that single women are as content as those in a relationship; they have their own pleasures & satisfactions.