Is Love An Illusion, A Fantasy, Or A Reality?

A few weeks ago, someone asked me my opinion on romantic love. Is love an illusion, a fantasy or a reality, they asked?

Is romantic love just a fantasy? Just a pretty fairy tale that humans at one point cooked up in their imaginations and haven’t been able to shake since? It’s certainly been argued, perhaps most famously by C.S. Lewis in The Allegory of Love, that the Western idea of romantic love was just a construct of Medieval courtly bards and poets – that before then, marriage couplings were financial and biological and nothing more – until a few wordsmiths and musicians got the notion to begin writing adventures of longing and courtship. One can also find examples of poems and stories of romantic love in various Asian cultures, where the writers and artists were proposing a sort of ornate love that the culture had not caught up to.

When it is said that the bards and poets of the world invented love, it’s not that people didn’t fall in love or lust before the bards began writing courtly love songs; it’s just that the context was different. Any person you had romantic feelings for was likely not the person you were going to marry. 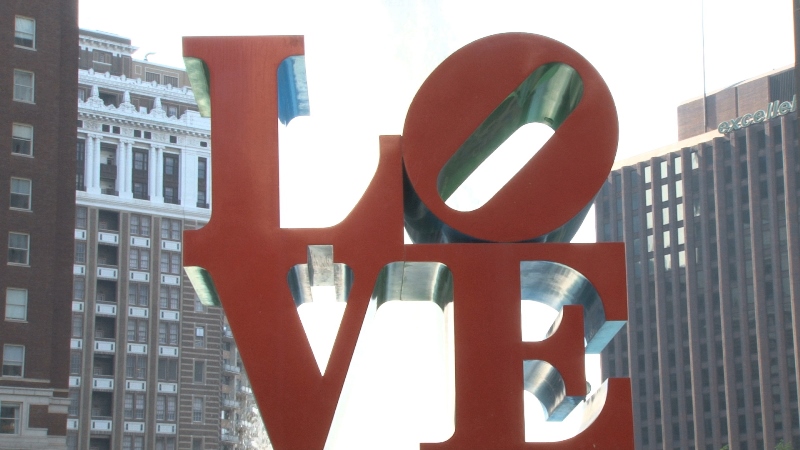 In fact, the courtly love songs were songs about a person being in love with another person who was already married to someone else because it had been arranged that way. The music was about longing for someone you could never have. So the circumstances were much different than what we live today – though you may have to admit, according to the description given by Francis X Newman, in The Meaning of Courtly Love, the whole courtly love thing did sound rather titillating. He wrote that it was, “a love at once illicit and morally elevating, passionate and disciplined, humiliating and exalting, human and transcendent.”

That romantic love was born in fantasy certainly makes sense as so much of it still lives there – from sexual fantasies, to love songs, to pornography to the most innocent of daydreams – much of the existence of love unfolds only inside the mind of the lover.

It could be argued that from these poems and songs, the notion of romantic love caught on. You could then say that eventually, those songs of longing led to a culture where people married for love not convenience, that perhaps the pining lilt of the bardic melodies eventually wore an evolutionary groove in those parts of the brain that make oxytocin and dopamine, and thus, from the fantasies and fancies of early artists was born the romantic life of humans.

So then is love an illusion?

Many people, including me, could probably argue that love can often seem like just an illusion. What exactly do we mean by an illusion here? An illusion is something which appears to exist solidly in reality but which is so unstable that it can disintegrate at any moment. The classic example is of a tortuously real looking mirage of water in a parched desert.

When it comes to romantic love, one could easily claim that nature is just pulling a fast one on us. What we think we perceive as a luscious, thirst-quenching romantic love oasis in the desert of mediocre dates, is actually a host of firing synapses and a flood of hormones to our frontal cortexes. 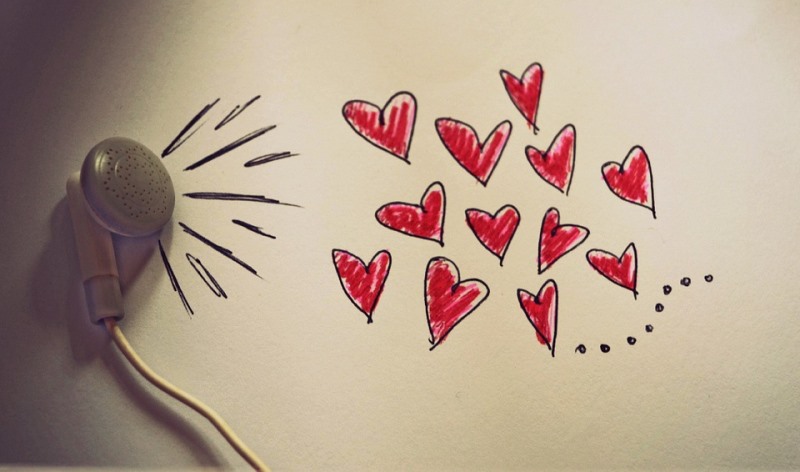 Interestingly, scientists are now saying that, like food, romantic love can be addictive. In fact, falling in love activates the same brain system as a cocaine addiction. Most of us wouldn’t consider a cocaine addiction to be an illusion.

I think science’s current understanding of brain function largely takes the option that romantic love is an illusion off the table. People, unless they’re sociopaths, are innately wired to be able to experience love, and the biochemical effects of those emotions in our bodies are measurable.

Though many would say that romantic love is as unsubstantial as an illusion or fantasy, even the most cynical of us must admit that love also exists in the empirical world of sight, touch, taste, and sound. In order to argue that love is a reality, we have to get very practical and describe love in terms of actions, objects, and outcomes. For example, we could say that when our car breaks down, perhaps our lover comes to pick us up. When our beloved gets sick and we keep providing the steady stream of soup and tea, this expression of love can be smelled, tasted, and felt. Then there’s the sound of our lover’s voice, the touch of their hand on our back, the taste of salt on their lips on a sweltering summer day. And once you start sharing a life, your love can include a shared bedroom, shared bills, and little realities known as children. 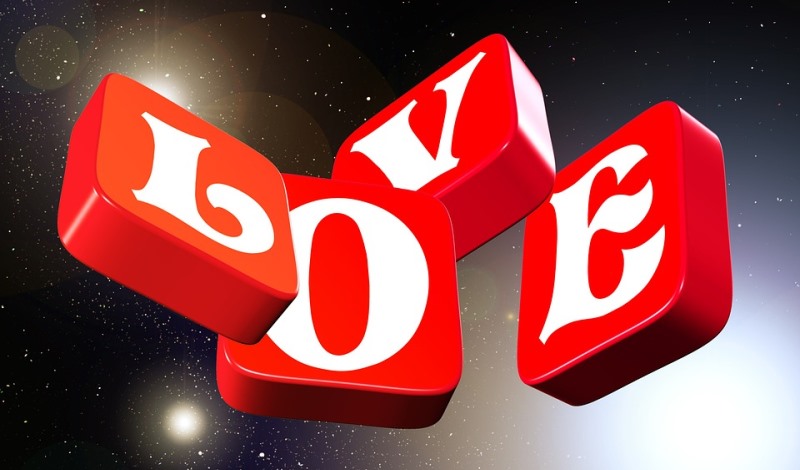 These are all sensory, perceivable-to-all expressions of romantic love.

Now to go back to the first two options, illusion or fantasy, it’s easy to understand that many of those who consider love to be a fantasy or illusion usually harbor that opinion for one very simple reason: because love relationships often end – once you get too close, you watch it dissipate like the mirage in the desert.

New York Magazine just published an article announcing that 50% of American women are currently single and it’s a well-known statistic that 50% of marriages now end in divorce. With those numbers in play, the elusiveness of a love that lasts seems undeniable.

And what does this writer think of that seemingly inescapable reality? Well, I suppose I would say that I have a relatively new theory. My new theory is that though the fact that love often ends is currently undeniable, that reality is not inevitable.

In other words, I’m starting to ponder the possibility that the disintegration of love relationships is a problem that is well within our control – at least, much of the time. 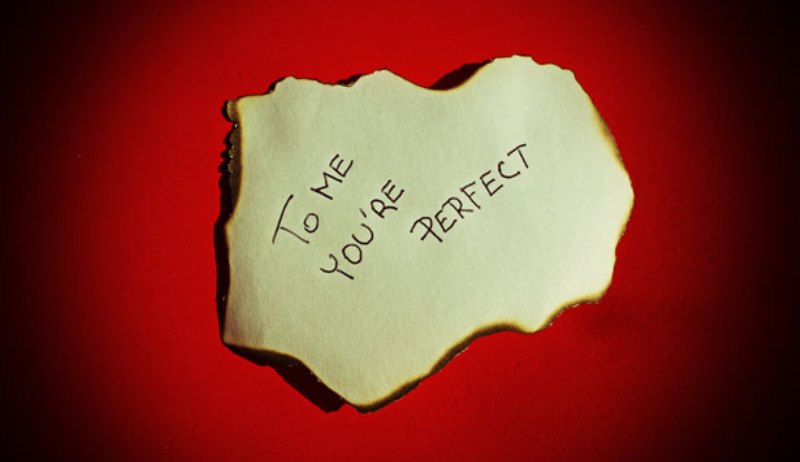 What I’m saying is that, these days, I tend to think that perhaps most of us create our own downfalls in the realm of romantic love. We start out well in the infatuation phase when we see that other person as perfection itself. All of their quirks are adorable, the way that person is always five minutes late, and kind of slurps their coffee are absolutely lovable simply because those habits are what makes them THEM.

Suggested read: 10 reasons why falling in love is the best form of insanity ever

But sooner or later, most of us begin to let go of those rose-colored infatuation glasses. We begin an inward and then an outward critique. And then suddenly, for reasons that feel utterly mysterious to us, the magic is gone. Lately, I would contend that, in most situations, it wasn’t the relationship that lost its sparkle; it was our perception that lost its sparkle. I would argue that, it’s not that lasting romantic love is an illusion or a fantasy, but that we (and I include myself in this) get petty and lazy in our thinking, and that is what casts the curse that ends the love.

In many ways, love ends simply because our attention lacks discipline. 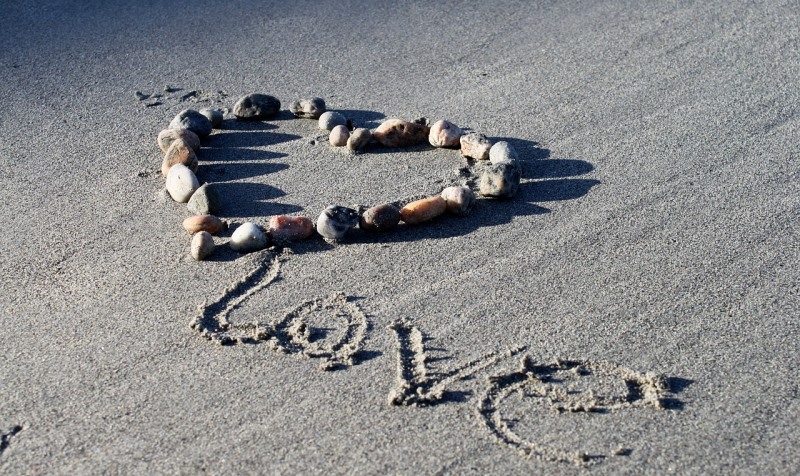 This discipline of thought in love relationships is no small thing to consider. One could even say it’s possible that such an undertaking is the foundation of all personal and spiritual growth. As a Zen monk once said to me, “If you want to find enlightenment, love someone and take care of them every day.”

In essence, what I’m saying is, from beginning to end, romantic love is a product of our ability to rigorously maintain a focus of appreciation on both ourselves and the other. I would say that romantic love isn’t an illusion or a fantasy and that the reality of it rests squarely in the hands of the two people who created it. The question is, do we have the ability to fully cherish romantic love via the discipline to always focus on the best in the situation, in ourselves, and in our beloved?

So, in the end, if romantic love is a creation of our ability to focus and appreciate, perhaps it is neither illusion, fantasy nor reality but rather a question (Do you? Can you? Will you?) – and each of us must answer it for ourselves. 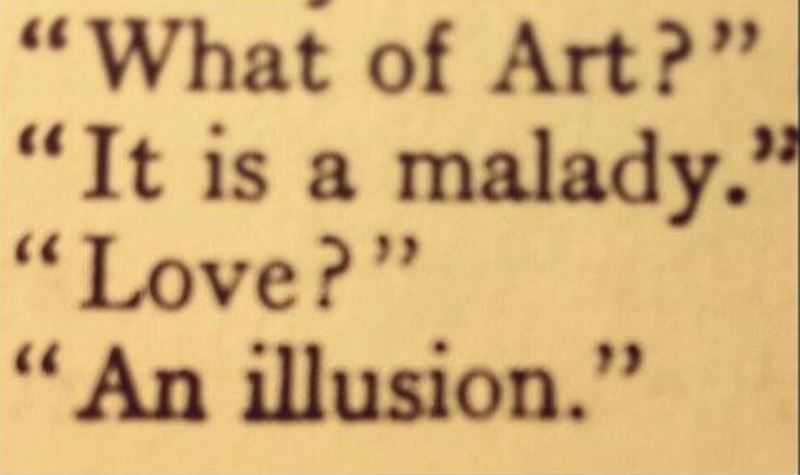 Article Name
Is Love An Illusion, A Fantasy, Or A Reality?
Author
Snow
Description
Is love an illusion and, therefore, unsubstantial? Or is it a fantasy, make-believe? Or, is it a reality?

Snow is a thinker, feeler, writer, and music maker. You can find her Young Adult fantasy romance, Book of Fire & Shade: A Trilogy of Fated Love and Magic here: http://amzn.to/1m7tLOs. Follow her on Twitter: @TheSnowGlobe888; Facebook: https://www.facebook.com/SnowWriterlyStuff; or Tumblr: http://snowstuffuniverse.tumblr.com.