Michael Caine reveals the secret to a happy marriage

Alfred Pennyworth, the beloved butler of billionaire Bruce Wayne/Batman, has found the answer to the ultimate question: What is the secret to a happy marriage? Apparently, it’s separate bathrooms! Next, you’re going to point out that Alfred never had a significant other in his life. But the actor who played him sure does!

Sir Michael Caine, 81, in a recent interview for the Esquire magazine, said that the secret to a happy marriage is to have separate bathrooms. The two-time Oscar winning actor – one for ‘Hannah and her sisters’ and the second one for ‘The Cider House Rules’ – has been married to actress-turned-model Shakira Baksh, 67, for 42 years, with whom he has two daughters. Shakira, a Guyanese-British former model, is his second wife. He also has another daughter, Dominique, from his marriage to actress Patricia Haines, which lasted from 1955 to 1962. 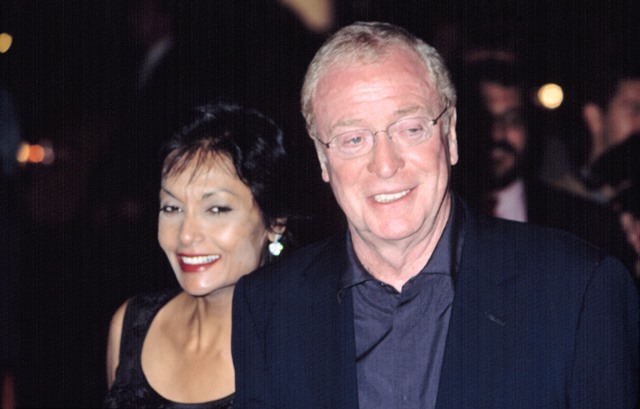 The actor went on to say, “You start with two bathrooms. You never share a bathroom with your wife. Otherwise, you have a little tiny corner with a razor and a toothbrush in it, and you never get in there.”

The award-winning star of Christopher Nolan’s Batman trilogy also espoused the fact that he considers his wife his equal: “You become equal partners. My wife and I are equal in everything. There’s no little woman married to the big film star or sh*t like that. She runs the whole business and we’re equal partners in it, and she does as much work off screen as I do on it, which is terribly important. And she comes with me everywhere I go, because if you’re on your own, you start having your own friends that the other one doesn’t know … That’s the important part – you must not lead parallel lives. You’ve got to introduce your wife to everything.”

And when asked about the temptation he faces by working alongside some truly beautiful women, the actor had this to say: “In my case, and it’s a particular case, if you spend your entire working day with some of the most beautiful women in the world, you’d better have someone beautiful to go home to. And I do.”

How cool is that? Even after four decades of marriage, he still gushes about his wife’s beauty!

And to celebrate his 50 years in film, a concert at the Royal Albert Hall where the London Symphony Orchestra will be playing some of his most famous movie scores, is scheduled for October 1st, to raise money for the NSPCC. NSPCC is a charity working towards ending child cruelty across the UK.