Everyone deals with a breakup differently. Their life experiences till then and their core personality traits determine how one deals with a breakup. You can be one of those who mopes around for months together, not being able to move on, or one of those who quickly finds someone as a rebound and buries the anger, hurt, loss deep down, only to break down one fine day, or, you could one of those who believes that everything happens for a reason and that even if you can’t see that reason just yet, it was the best thing that needed to happen. They take life by the horns and are determined to take charge of their lives; they see the silver lining in every dark cloud, so to speak.

Looks like Pavlina Melicharova from the Czech Republic belongs to the last category. 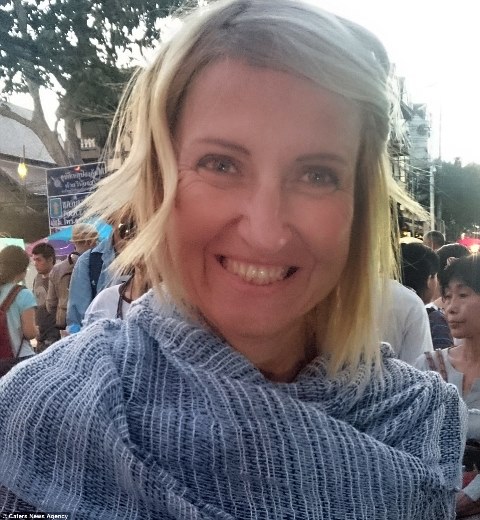 Pavlina walked away from an unhappy marriage two and a half years ago, and set out on an Eat Pray Love-esque journey of self-discovery in October last year. Pavlina, 49, has since traveled to India, Turkey, Nepal, Thailand, Myanmar, Malaysia, United Arab Emirates, and has photographed herself in her wedding dress in front of iconic monuments. Apparently, she wore the dress to represent new beginnings and to inspire others who might be in a similar position, to make a positive change.

“At first, I planned to help those in bad relationships to do something new and positive for them – anything that can make them happy.” 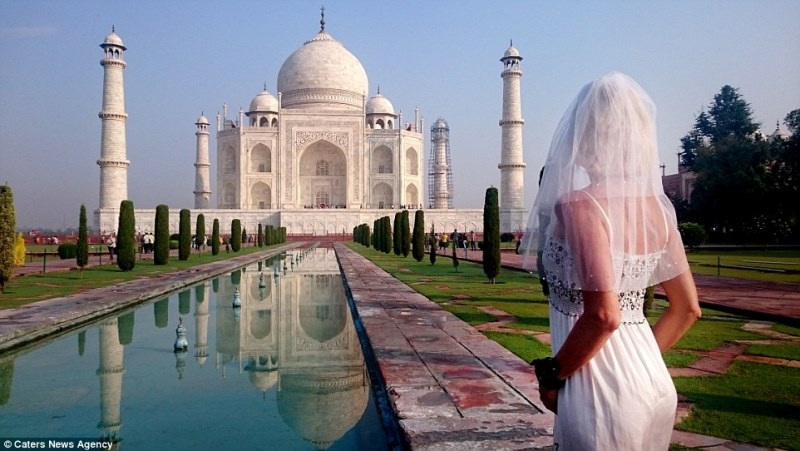 Pavlina in front of the Taj Mahal, India

Pavlina’s journey of self-discovery is too close to the one that American divorcee and writer Liz Gilbert embarks on in the bestselling book, Eat Pray Love. The book, which was made into a movie starring Julia Roberts, was one that Gilbert embarks on for a year, whilst traveling in India, Italy, and Bali, in search of spiritual fulfillment and romance.

With the use of tripod, Pavlina photographed herslf, and posted the pictures on to her Facebook page, The Travelling Bride. In all the photographs, she’s seen from behind, looking up at the iconic monuments, dressed in her beaded white wedding dress. The monuments include the Taj Mahal in India, the Burj Khalifa skyscraper in Dubai, Gardens By The Bay in Singapore, the beautiful temple of Chiang Mai in Thailand, the Golden Temple in Kathmandu, the White Temple Chiang Rai in Thailand, the Hawa Mahal in Jaipur, India, the Sultan Ahmed Mosque in Istanbul, Turkey, and the Petronas Towers in Kuala Lumpur, Malaysia, to name a few. 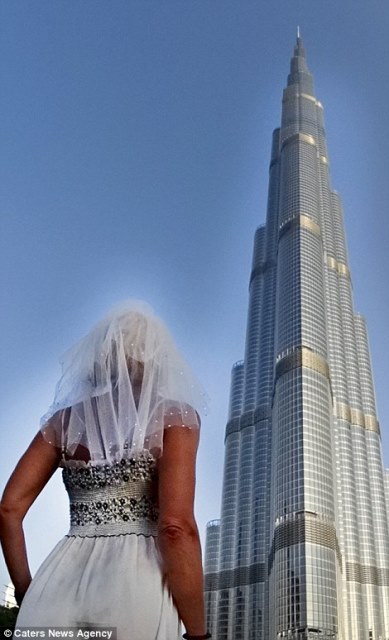 Pavlina in front of the Burj Khalifa, Dubai

“I’m the priority and I’m not looking for someone to marry, but maybe I will meet someone, or someone is waiting for me, who knows?” 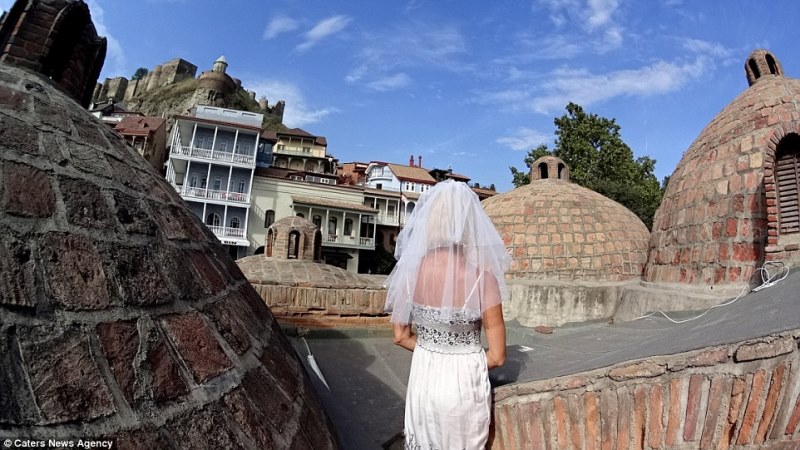 Pavlina also revealed that she attracted the attention and interest of a lot of other travelers, many of whom proposed to her, and others who clicked pictures with her.

She also said that she hoped that her project would motivate both men and women to embrace life and fulfill their potential. Further, she said,

“During my journey, I have met so many beautiful and interesting people and I’ve made new friends all over the world. I think the project can inspire others to change not only broken relationships but anything in life which makes them unhappy and sad.” 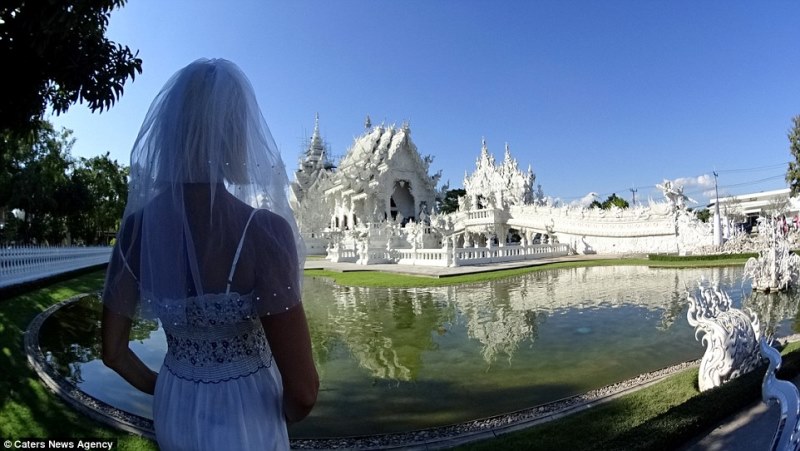 Pavlina in front of the White Temple, Chiang Rai, Thailand

It all comes down to how you look at life – as glass half full or half empty. It’s all in your perspective and outlook on life. You just have to be brave enough to grab on to life with both arms and never let go, like Pavlina. What say?

Take a look at some more pictures: 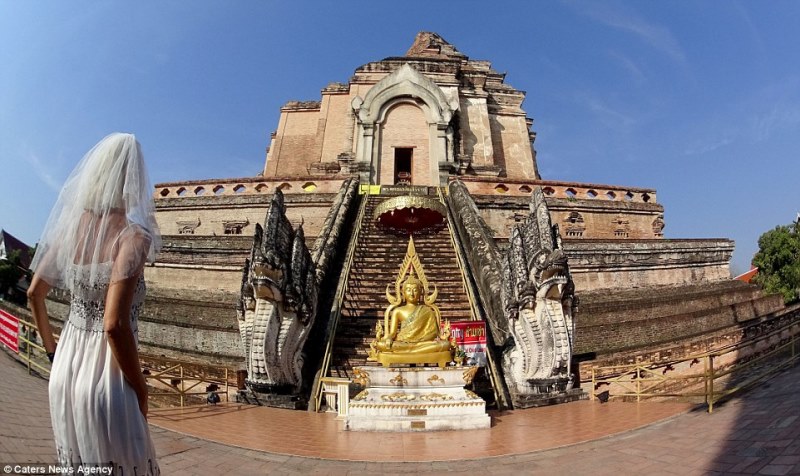 Pavlina in front of the Buddhist Temple in Chiang Mai, Thailand 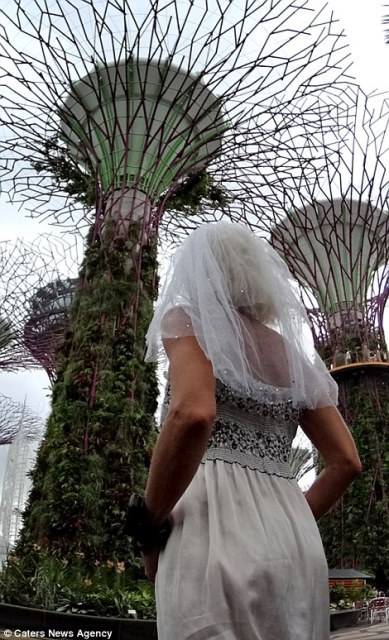 Pavlina in front of the Garden by the Bay, Singapore 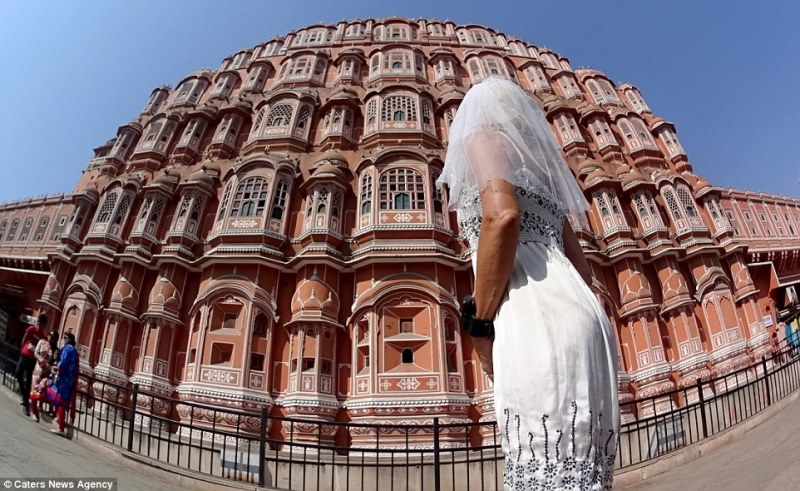 Pavlina in front of the Hawa Mahal, Jaipur, India 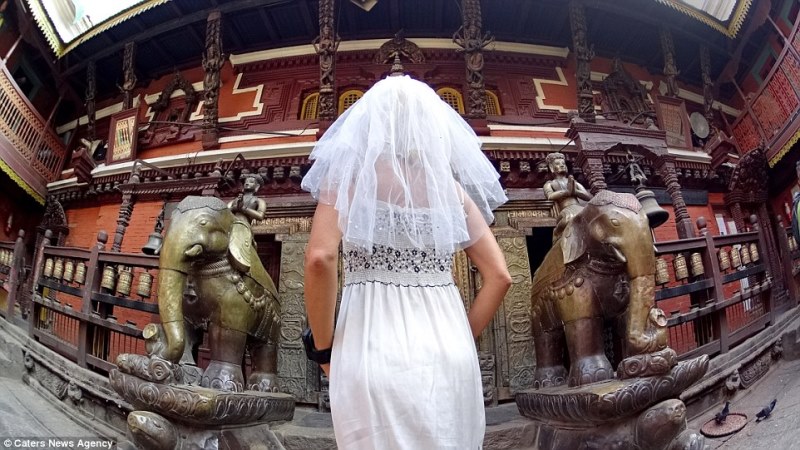 Pavlina in front of the Golden Temple, Nepal 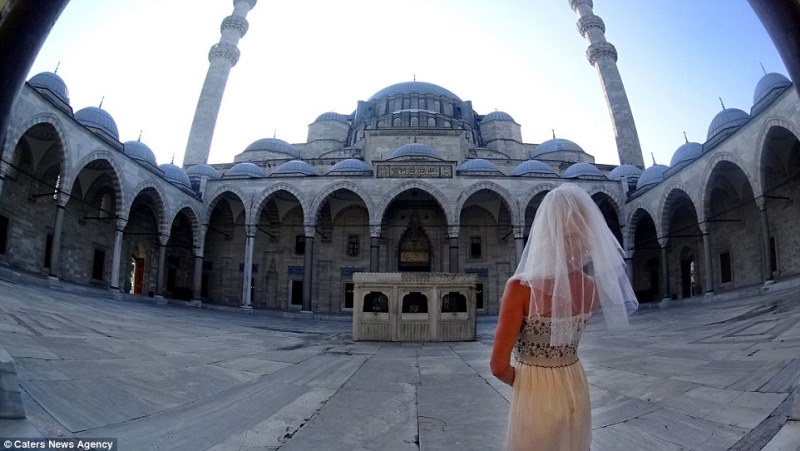 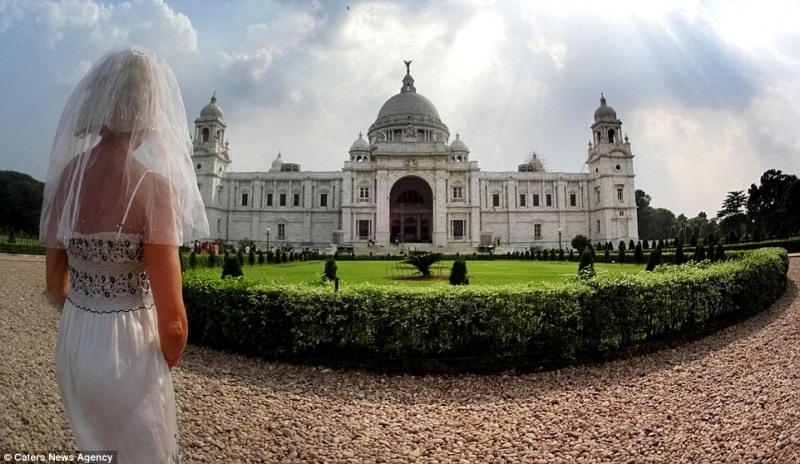 Pavlina in front of the Victorian Memorial, Kolkata, India 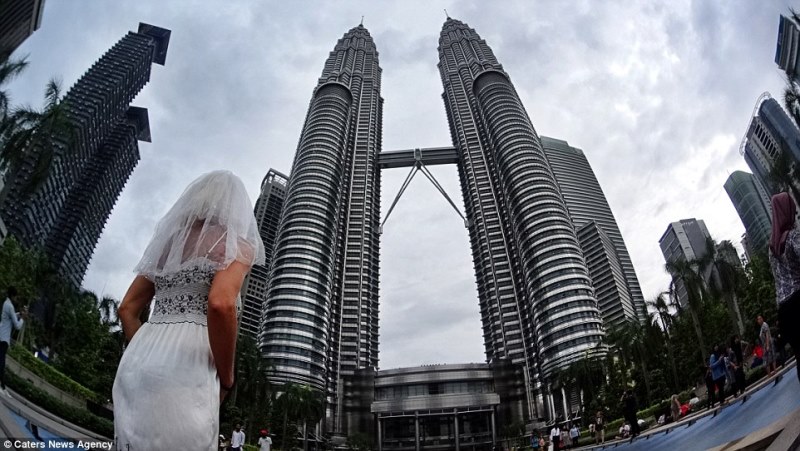 Pavlina in front of the Petronas Towers, Kuala Lumpur, Malaysia

Does the story of Pavlina Melicharova inspire you to take charge of your life and embrace it with everything you’ve got? Tell us your thoughts in the comments below! 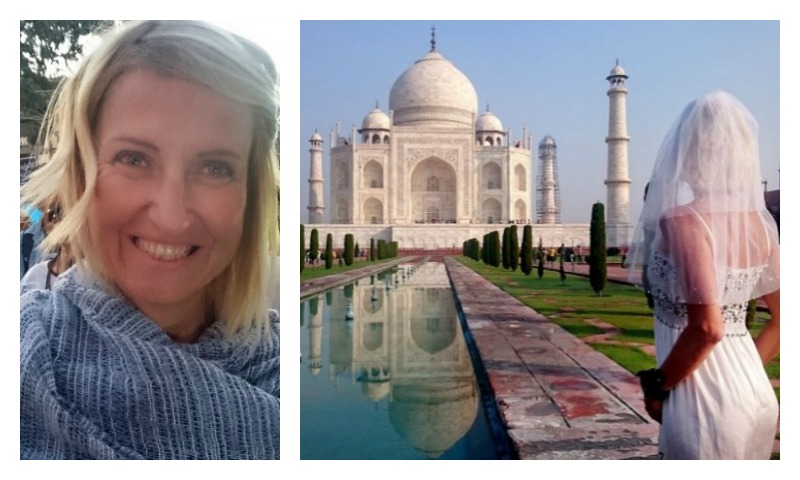