#PrideMonth Love Has No Gender: An Attempt To Dispel Common Misconceptions About The Third Gender

“I was a normal child, but it’s the world that made me feel different.”
-Laxmi Narayan Tripathi

Love is accepting. It accepts both the light and the darkness that build you; your shining halo, and the several layers of hell that churn within you. Love doesn’t judge. It understands that you’re imperfect; that imperfection is universal; and that it’s the brightest form of beauty there ever was. Love doesn’t divide. It doesn’t care about your skin color, your language, which national anthem you were taught, and least of all, your sex. You could be man, woman, neither, or both, and Love would still preach the same: ‘I am home, for everybody’.

Suggested read: #PrideMonth A Short History Of The LGBTQ+ Community

The third gender has been ostracized across continents. We have great trouble accepting what we are not a part of. Not only have we not taken the pains of understanding the orientations that fall under this umbrella category, but we have taken a step further, and berated them at every little chance that we’ve received. Come to think of it, GenY prides itself on its ability to philosophize on Kafka and Rumi, but lacks the basic instinct of treating human beings as, well, human beings.

What is the “third gender”?

It is an umbrella category which includes individuals who identify as neither man nor woman. This ‘ambiguity in identity’ is either decided by the individuals themselves, or by the society. Different localities or countries define the “third gender” differently. Some include the LGBT community in the option, while others (like India) do not.

How countries deal with this

Australia: (January, 2003) The third option of ‘X’ as gender was introduced.

India: (April 2014) The Supreme Court declared the transgender to be the ‘third gender’ in India. Tamil Nadu was the first state to recognize the ‘T’ option in its ration cards. They’re called “hijra”s here, and are believed to posses divine powers.

Nepal: (December, 2007) Nepal included ‘others’ alongside their ‘male’ and ‘female’ options. The 2011 Nepalese consensus, was the first national consensus in the world that allowed people to register under the third gender.

Thailand: (2004) Chiang Mai Technology School made separate washrooms for the third gender, putting a ‘male’ and ‘female’ intertwined sign on the door. They are called ‘kathoeys’ here.

Most of us do not have the correct understanding of sexualities or genders beyond the basic two. Often, this lack of knowledge leads us to draw wrong inferences. Unless you understand something, you cannot even begin to sympathize. There happens to be an endless list of categories we can enlist under the umbrella of ‘the third gender’; definitions varying from culture to culture. Here’s an attempt at decoding the basics of the third gender for you:

Transgender: A person who does not conform to the gender identity they had ascribed at birth.

Eunuch/Hijra: These are men who had been castrated at birth, leading to hormonal changes in their later lives. In some ancient texts, “eunuch”s also refer to a man who is celibate, impotent, or otherwise not inclined to marry and produce offspring. Not every transgender individual is a eunuch.

Transsexual: One who has surgically changed their physical attributes to be in keeping with the gender that they identify with. This is specifically an anatomic categorization.

Transvestite: Also called a ‘cross-dresser’. This person attains satisfaction by donning the clothes of the opposite gender.

Intersex: One who is born with the reproductive or sexual anatomy that fails to fit the stereotypical definition of man or woman. It may be apparent at birth, or develop later in life.

We have a hot and cold relationship with our deities. Irrespective of which God you worship, they both inspire and scare you. We keep drawing references and inferences from our mythology, yet we have always been selectively blind. We perceive only that portion which we’re comfortable with. In a world that swears by the name of God, we ostracize the gender that is an integral part of the “culture” we boast of.

Love has no gender

Love isn’t caged in a single gender or a single type, just like human beings. It doesn’t have to be romance for it to be love. To all the cards that begin with “For Him/Her”, THIS, is for “them”:

‘Humans of Amdavad’ is a page on Facebook which hosted a post that shook many up. The subject has been kept anonymous, so we’ll call him Anna, instead. Anna was born in an orthodox family, where child marriage was prevalent. His matrimony had already been confirmed even before the meaning of the word was clear to him. While growing up, he realized that his body was not showing the signs of development, unlike all the other boys around him. On consulting a doctor, he learnt that he was a part of the third gender. He couldn’t reveal this newfound truth, married the woman, and lived in guilt for several years. When he finally revealed to his family and wife, that he was in fact ‘she’, he lost everything. Cut to quite some time later, accustomed to the hard life of a ‘hijra’, having garnered a good financial stronghold, his ex-wife ends up at his doorstep with her son. The new husband is a violent alcoholic. Anna shelters them, helps her file for the divorce, buys them a new flat, gives her a 20k monthly allowance, and pays for a first-class education for her son. The son has now graduated from his MBA course, married the love of his life, and the three live happily, outside the state. Anna maintains that he couldn’t be a good son, or a good husband, as society’s delusions dictate, but he surely turned out to be one of the best fathers. What is love, if not selfless? Anna, I believe, has taught the readers more than any guides (How To Love 101) ever can.

‘The Logical Indian’ uploaded an account by Hemanth Poornachandra. He was sleeping on the berth of a local train, when a group of ‘hijra’s walked into their apartment asking for money. Amidst jokes and teasing, the protagonist struck up a conversation with the lady. He asked her why she must beg for money, learnt about the business dimensions of their trade (who heads which area, how they divide the money, etc.), and suggested that she initiate a joint venture with her friends (perhaps a tea stall?). He told her he’d bring all his friends to her stall for the best tea ever. They exchanged numbers and said their goodbyes. Several days after the trip, she called him to thank him for the suggestion and informed him that she had been saving aside money to invest in the venture. He reminded her that he stands firm on the promise of bringing all his friends to her stall. He signed off saying: “And now, I am waiting for that call which says, ‘Remember me, bro? It’s time you bring your friends!’”

It doesn’t take much to be nice. We have been socially conditioned to ridicule what we cannot comprehend; or that which is the minority. This isn’t charity, or a request, or a message of enlightenment. This is a wake-up call for all the people who’ve forgotten what it takes to be a human being: kindness.

“They laugh at me because I’m different; I laugh at them because they’re all the same.”
― Kurt Cobain

While the world wages war against what’s different, let’s be human enough to stand by the unique. 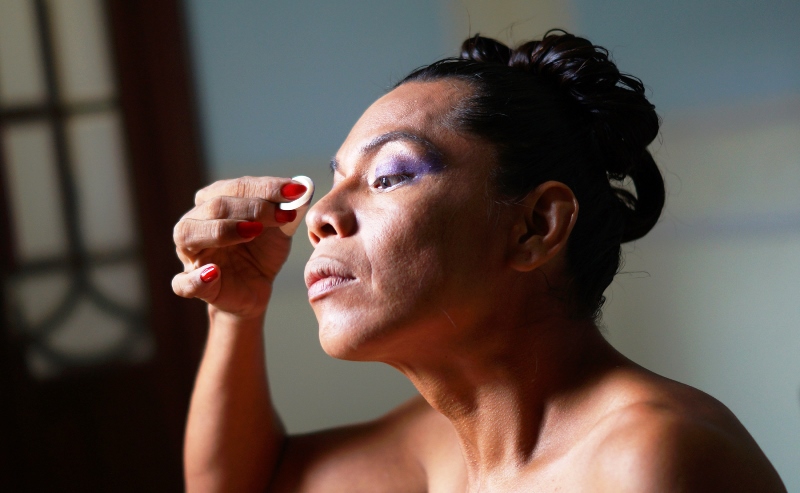 Article Name
Dispelling Common Misconceptions About,Love In The Third Gender Through Stories, Real And Mythological
Author
Meghalee Mitra
Description
The third gender has been ostracized across continents. This is a humble attempt to dispel common misconceptions about them.