“Nothing revives the past so completely as a smell that was once associated with it,” is what Vladimir Nabokov had to say about our sense of smell. He is talking about associated memories, and how just a whiff of something – a perfume, an old t-shirt, a specialty bakery, or even the aroma from a dish – can catch you off guard and transport you back to that particular memory. And by just this simple statement, he has expressed how powerful a person’s sense of smell can be. 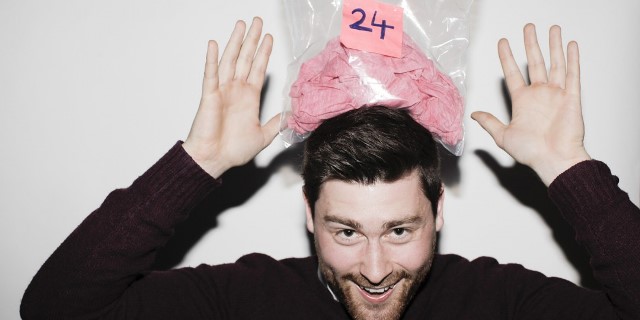 One of the participants with his t-shirt

Not too far off the mark, if the rapidly spreading Pheromone Parties are any indication. The tagline for the site reads, a matchmaking experiment based on scent. Here’s how it works:

Although scientists are divided on whether humans actually release pheromones or not, the founder of PheromoneParties.com, artist Judith Prays, begs to differ. According to the FAQs on the site, pheromones are the chemical triggers of sexual attraction in mammals, and they also determine fecundity. While not confirmed, it is suspected that males smell availability and females smell genetic quality. Hmmm. If only we could sniff out the commitment-phobic people or the ones who’re just attending the parties for kicks. 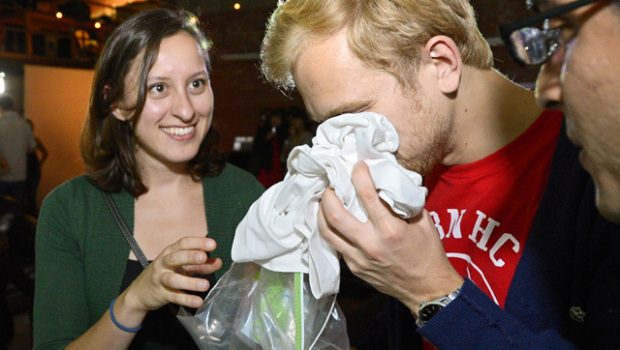 Anyway, Judith Prays first had the idea of hosting a Pheromone Party in the summer of 2009, and the first event was held in Mr UX studio in Brooklyn in November of 2010. The second event was hosted in LA after an article about the first event went viral. It was launched in the UK last month, and New Zealand is the next destination for this unique party.

These unique and … uh … smelly parties are by invitation only. You can like their facebook page to get regular updates or sign up for their mailing list to keep your nose sharp for when you get a whiff of these parties in your very own city.