The Disappearance of Eleanor Rigby, a review

There are three sides to every story – yours, theirs and the truth. That is what first time writer-director Ned Benson seems to have attempted to show in the movie, ‘The Disappearance of Eleanor Rigby’. Eleanor (Jessica ‘Zero Dark Thirty’ Chastain) and Conor (James ‘Atonement’ McAvoy) play a 30-something married couple in New York. The husband and wife are trying to reconcile their marriage after having gone their separate ways following an unexpected tragedy.

Almost a year ago, the movie debuted at the Toronto International Film Festival with two halves of the story titled ‘Him’ and ‘Her’, narrating the story through the respective protagonists perpectives. With the subtitle ‘Them’, the third feature-length film which released in the US this past Friday, is a condensed version of the same movie, intertwining his and her stories into one film. 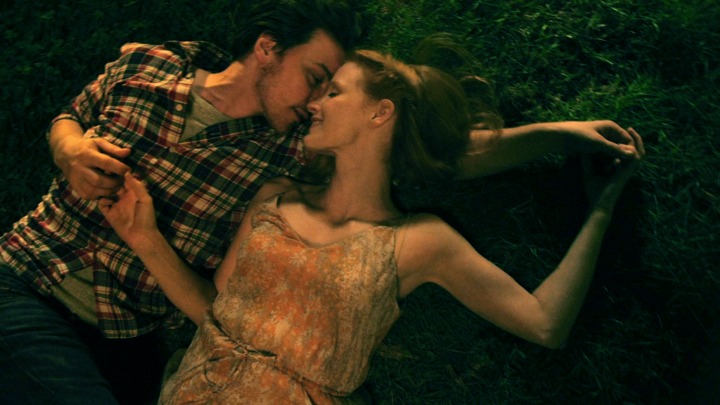 Conor and Eleanor during the initial days of their marriage

Conor and Eleanor’s seemingly perfect marriage is torn apart when an unexpected and unseen (in the film), tragedy strikes, making them go their separate ways. Eleanor’s struggle to come to terms with the tragedy forms the core of the movie. After Eleanor jumps off the Manhattan Bridge in a failed attempt to kill herself, she finds herself back in her parents’ house in Westport, Connecticut. Meanwhile, Conor is left to cope with his wife’s sudden disappearance, along with his gastropub’s demise, which he runs with his close friend and an undisciplined chef, Stuart (Bill Hader).

In an effort to get herself back from the rabbit hole, Eleanor enrols in a college course about “identity theory”, with Viola Davis playing her world-weary, cynic Professor Lillian Friedman. The reason that Professor Friedman gives for her own marriage falling apart – “he went soft; I stayed hard” – becomes Eleanor’s explanation for why she ran away from Conor. While he wanted to move past the terrible tragedy that struck them, she didn’t. 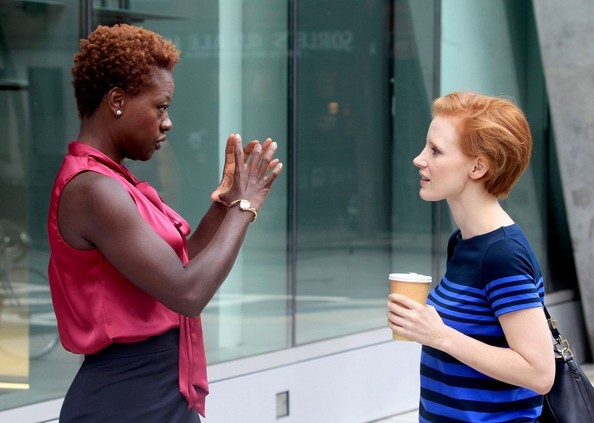 Eleanor with her mentor, Professor Friedman

Over the course of the movie, it is revealed that the terrible tragedy that split the beautiful couple and drove Eleanor towards suicide, was the death of their baby boy. But at times it seems that the sensitive subject – the death of a child and its impact on the parents – has been treated almost as an excuse for whatever they might be doing or feeling at any given moment.

Eleanor’s relationship with her parents is almost unintentionally comical. Her father, played by William Hurt, in one scene tells her, “Tragedy is a foreign country – we don’t know how to talk to the natives.” What the heck does that mean? Don’t know and it’s a bit late to care, if you ask me. And her mother, played by Isabelle Hupert, after speaking about her many failures as a mother, adds helpfully, “I don’t want you to take our relationship too personally.” Huh.

The scenes between Professor Friedman and her mentee, Eleanor, as they eat hamburgers and drink espresso, are quite good. Eleanor takes it one step at a time to recover her self-confidence and to figure out what to do with the rest of her life.

Anyway, the name of the title character is fashioned after the Beatles’ song of the same name by Eleanor’s father, a longtime fan of the Beatles.

The film has few good moments, but alas, they don’t make up for an at-best average fare. Although the premise and the approach to storytelling seem refreshing, the movie doesn’t live up to the hype. Armed with a sensitive subject, the movie could have been a powerful analysis of a young couple’s inability to deal with a massive tragedy, and the thousand tiny wedges that together drive them apart. But it isn’t so.

And if I remember correctly, the movie Reservation Road, based on the novel of the same name, dealt with a similar subject – the loss of a child and how the couple deal with the aftermath. Believe me, it was a much better representation of a couple’s struggle to come to terms with the tragedy.

Go and watch ‘The Disappearance of Eleanor Rigby’ if you’re a fan of sweeping, expansive shots of New York, and Manhattan at night. Oh, and, also for Jessica Chastain’s subtle and nuanced performance.

Note: This review is of the condensed version with the subtitle: Them. The full-length Her/Him hasn’t yet found an international release.