Blade Runner 1982 (for the purpose of simplicity we’ll refer only to the Final cut, the cut which Villeneuve later built upon with 2049) is arguably one of Ridley Scott’s better works, and a film that is one of the rare Hollywood science fiction movies which never got enough praise upon release. Instead, it was ridiculed, and unlike ‘Alien’ it wasn’t seen as revolutionary and game changing at the time. This movie still remains one of those popular movies you’ve heard about but never got around to watch; so before going deep into the spoilers, do yourself a favor and give it an open-minded viewing. Now that we’ve weeded out the cyberpunk aesthetic virgins, let’s dive in.

This movie is set in a dystopian cyberpunk world where the main events take place in the year of 2019, Los Angeles. The city has become a technological metropolis, and you can feel the dark and damp aesthetic in the first few moments, just after the introduction. There is a shot of an eye looking out into the city, everything compact and efficient  and perhaps centuries ahead of what the real world would look like in 2019 (as is the case with most movies in the science fiction genre). The eye is beautiful and all-watching, piercing through the farce that the world has become with automatons and the arrival of the technological singularity. Fires rise up in the pupil, like the flames Prometheus tried so hard to steal from the Gods. The eye is a beautiful shade of aquamarine blue, unblinking. This particular introductory shot is important, as it sets the tone for the rest of the movie. It’s not your average run of the mill dystopia, it’s something far more sophisticated and ultimately…bittersweet. You realize that Jordan Cronenweth took an excruciating amount of care and pain to curate each and every shot. The world is dark, but beautiful.

Which brings us to the premise of the franchise itself, Replicants. Replicants are essentially human clones, ultimately almost indistinguishable from real humans apart from a certain distinct glow in their eyes and nano-inscriptions on their bones. Replicants are manual labor, to be used in the ‘Offworld’. Jobs which humans are too ‘valuable’ to be put to, jobs which are too dangerous for human life. There aren’t a great many references to the Offworld colonies in the movies themselves, apart from the well known catchphrase by Sapper Morton. “I saw the truth on the fields of Calantha”, the Replicant war-medic says in his final moments before being ‘retired’ by the protagonist of Blade Runner 2049. Which ultimately brings us to the concept in the center of it all, a blade runner. They are agents who simply end the lives of Replicants who’ve outdone their usefulness, preferably before they become sentient and self aware. There’s another fail-safe mechanism built into the very DNA of these creatures, something that doesn’t allow them to live beyond 4 years.

We begin the first scene with the classic Voight Kampf test. The test is designed to weed out real humans from replicants, the latter of which possess implanted memories and cannot associate with them in the same way a human with a real history of life can. The movement of their eyes is very carefully observed, asking questions that untangle the deepest layers of their mind. This is important, and is extremely well done from a cinematographic perspective. A blade runner sits smoking a cigarette in a green-lit room, overlooking a suspected Replicant brought in for ‘routine’ questioning. Every scene in the movie is breath-taking, and 2049 does it even better with its almost 3 hour long screentime.  With that scene concluded, we’re finally introduced to the world.

The cyber-punk neon aesthetic almost jumps off the screen, and has understandably influenced a huge chunk of modern science fiction films and literature. Harrison Ford plays the protagonist, a retired BR sitting in the rain with neon lights behind him creating the most picturesque shots. Hired to ‘retire’ a few out of commission and murderous Offworld Replicants, he sets out on his task hesitantly. The world is surprisingly multi-cultural, as expected of a civilization which has lived and gone beyond the technological singularity. The cyber-punk vibe itself is very much inspired from the neon visage of Hong Kong. It’s a feeling, an emotion of its own accord, and something that has inspired countless video games.

There is a very important dynamic explored in the movie itself, with a surprising amount of beauty and subtlety that Ridley Scott usually lacks. It’s the relationship between God and man, which is a bit more complicated than a simple duality. Eldon Tyrell plays the role of God, the creator of Replicants. It’s very easy to understand with the aesthetic surrounding him, life in a golden pyramid-like building with multiple layers of security. Far beyond the troubles of the mortals below, forever out of reach, Tyrell sits at the top of the food chain. Played by Joe Turkel, Tyrell is someone you’ll probably remember as the bartender from Kubrick’s ‘The Shining’. It’s not particularly difficult to understand the allegories and subtle metaphors here, and how the presence of the replicant owl foreshadows the ending so strongly. The Prometheus of the movie and the franchise, I believe, is a certain J. F. Sebastian. A ingenious genetic designer under the Tyrell corporation by occupation, key in the advancements of the Nexus Replicant production. He suffers from a rare genetic disease called the Methuselah Syndrome, which makes him age quicker than the average human. With flaky skin and strands of white hair, Sebastian lives in the Bradbury building with his organic and sentient ‘toys’. Despite referring to them as toys, he seems to extend the same (or perhaps more) respect and fascination that he would to the average human. Sebastian  takes the role of the titan who brings fire to mankind, against the will of Gods.

Tyrell is shown to have taken a particularly unusual interest in Sebastian, inviting him over for chess games. Sebastian only beats him once, which he finds important to mention when he escorts Roy Batty to Tyrell’s apartment.  While Sebastian tries to hide Roy’s presence by disguising his meet as a part of another chess game, Tyrell is very much aware of his replicant companion, and the fate that awaits him. He accepts it, in the same manner countless replicants accept their ‘expiration’ after their four year cycles. Tyrell is shown to shiver and panic, but in the most reserved and deified manner. What DOES it take to kill a God? Roy Batty can answer that better than most of us, the prodigal patricidal son we all wish we never had.

Roy holds his dear father close, angry at the world and everything around him for not being able to prolong his life. Countless tests, and countless experiments, all with the sole purpose of creating replicants with longer life-spans. Failure upon failure, it seemed that their efforts produced unwanted mutations in the replicants, and were essentially unsustainable. It was almost like nature rebelled against this blasphemy, this abomination staring into the sun. Roy was at the end of his cycle, so he brought the creator to his.

The movie ends in a dark and damp scene, in a world which seems to be perpetually stuck in a single rainy night. Aggressively maniacal, he hunts down Officer Deckard, who was nearly at his wits. In an extremely dramatic turn of events, Roy choose to save Deckard from falling to his death, saving a life when he was near the end of his own. He looks to an almost surprised Rick Deckard, his eyes all knowing and lacking any hint of the malice he carried on his back for the entire duration of the film. Which  queues the viewer up to the popular tears-in-the-rain monologue, summing up the entire aesthetic in a few beautiful lines (the review wouldn’t be done justice without its inclusion).

“I’ve seen things you people wouldn’t believe. Attack ships on fire off the shoulder of Orion. I watched C-beams glitter in the dark near the Tannhäuser Gate. All those moments will be lost in time, like tears in rain. Time to die.”

Suggested read: The Disappearance of Eleanor Rigby, a review

This movie, to be honest, isn’t everyone’s cup of tea. It’s not something universally praised like Kubrick’s A Space Odyssey, neither is it something obscure. Do not go into it expecting something Nolan-esque, especially after watching the clusterfuck of a project Westworld was. The colors are wonderful, and if you allow your patience to simmer, it will draw you in. There are a few obvious flaws with it, no great work of art is without one. There is a certain controversial scene of sexual assault I’d love to discuss, but it’s best left for another write-up. Till then, may you find the truth in the fields of Calantha, and may your dreams have androids on electric sheep. 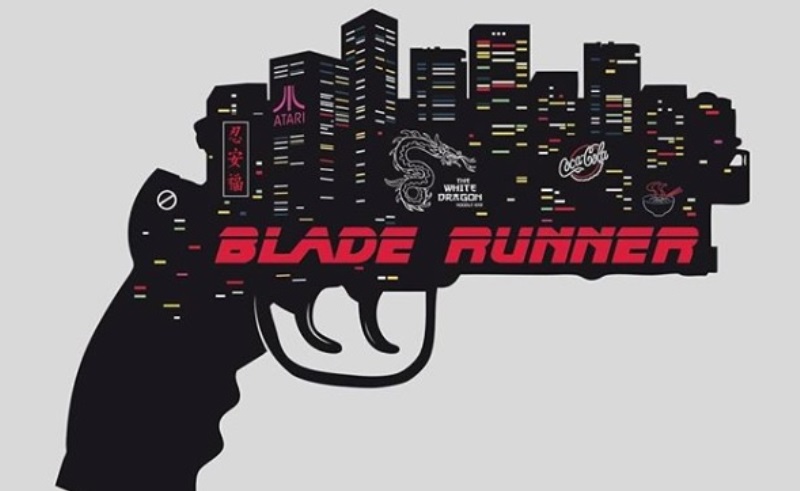 Article Name
Blade Runner 1982 : A Review
Author
Siddhartha Bose
Description
Blade Runner 1982 is arguably one of Ridley Scott's better works, and a film that is one of the rare Hollywood science fiction movies which never got enough praise upon release.