Gabriel Vaughan and Piper Goodeve became pen pals in high school on the suggestion of a mutual friend, fourteen years ago. This friend thought since both were creative, it would be good for them to get to know each other. So, Gabriel wooed Piper by quoting the Bard. And when she responded, Gabriel thought he had found a kindred spirit. “To get this letter was like finding a kindred spirit,” said Gabriel. 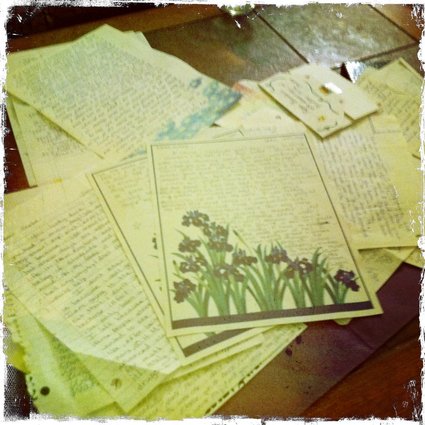 The letters that Gabriel and Piper wrote each other

During the course of their letter-writing, it didn’t occur to either of them to date one another. In fact, both of them were seeing other people during that time. But the two did meet in person once, when Piper went to see Gabriel in a play, and she went backstage after the show to congratulate him on a job well done. Then the two started college, and the letters gradually petered out.

Years later – fourteen years, to be precise – Gabriel and Piper were reconnected on OKCupid! Gabriel, on seeing a 94% match, contacted Piper with a message. “I wrote to her just like, ‘Hey, do you want to go on a date?’” Gabriel said. “And a second later I get a message back and it’s like, ‘Gabe! It’s Piper!’… It was completely shocking because I wasn’t expecting to see her there.” 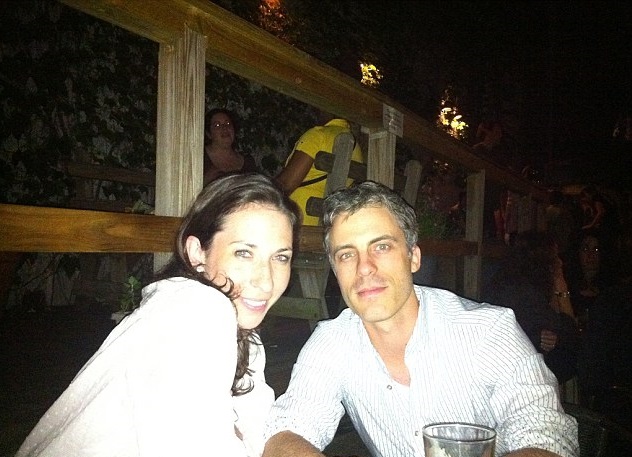 The night Piper and Gabriel were reunited in 2001

Piper, who had created an online dating profile only because her friends had pressured her to do so, was “so glad” to be reconnected with her pen pal Gabriel. She said, “Our lives were running parallel for so many years. We were always just missing each other.”

The reconnected couple discovered numerous odd coincidences between them, once they started going out.

“We have so many mutual friends that we’ve discovered since then,” Gabriel said. “And we were living three blocks from each other, in Brooklyn.”

Awww! This reads like the script of a romantic movie, where the protagonists missed each other initially, but the universe conspired to bring them together!

Although their teenage correspondence is to be credited with their instant connection, Gabriel thanked “the universe” for ultimately bringing them together.

“We hit the ground running,” Gabriel explained. “That’s been a big lesson in all of this for me is just listening. The universe has this plan for you sometimes. And you just kind of hop on board and go with it and you just catch up. It was a little step ahead of us.” 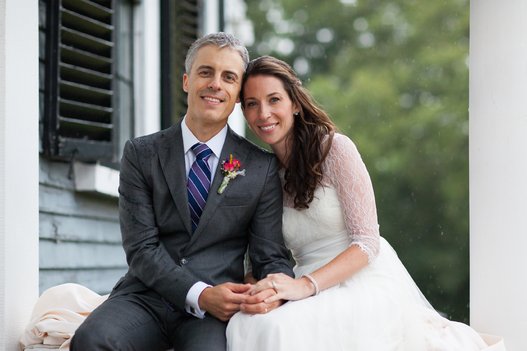 Gabriel Vaughan and Piper Goodeve on their wedding day

Gabriel is an actor, who works at a casting studio in Manhattan, and Piper is an actor as well. Both of them studied acting in London, only a year apart, and then moved back to Brooklyn, New York. The reconnected couple wed recently, and if the wedding photos are anything to go by, they make quite a pair. Although it took fourteen years and fifty letters between them to get together, they were definitely meant for each other.

Congratulations to the newlyweds!