#AstroSpeak What Show To Watch On Netflix, According To Your Zodiac Sign

One of the hardest decisions that people have to make is what show to watch on Netflix next. The place is a vortex of amazing shows, which is like a black hole you can’t get out of once you are hooked. It is a gift that keeps on giving, which might not always be a good thing, since you can spend days binging on season after season, and fail to keep track of time. 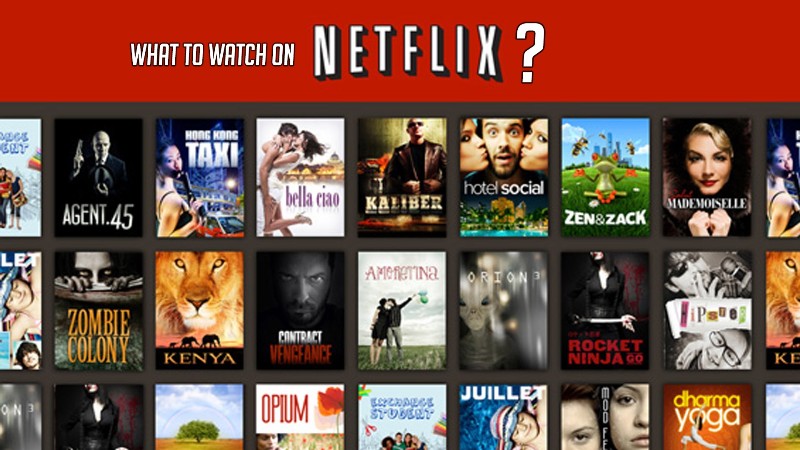 However, one of the worst feelings in the world is finishing a show, amiright? You spend day after day invested in the life of imaginary characters doing things that have been written and rehearsed a thousand times, and yet you ruin your life following them and understanding them better than you probably understand your own life.

If you have been writhing in agony and trying to find a new show to binge on to get over the withdrawals you are suffering for the previous one that you finished, we have compiled a list of shows that you can watch, based on your zodiac sign.

Suggested read: #AstroSpeak What Type Of Drunk Are You Based On Your Zodiac Sign

You might be wondering, how can your zodiac decide what show to watch on Netflix? Everyone has a different genre that they are partial to, which is sort of directly related to your personalities. Also, there is no denying that your zodiac sign has a considerable amount to do with your personalities, which is why I have compiled a list of shows which would be suitable for you, and which you can binge on, on Netflix.

Show to binge-watch: House of Cards

The most telling personality traits of an Aries are their headstrong nature, and their determination to achieve their goal, irrespective of the hurdles they have to face. They are energetic and sometimes even reckless, while courage, enthusiasm and boldness is a part of their very nature.

In keeping with your personality, the best show you could binge on is House of Cards, which is about two characters trying to achieve their political goals and dreams. It is an intense and gripping show that you won’t be able to stop watching once you start.

Show to binge-watch: The Crown

Those born under Taurus are usually afraid of change, and like to have their head in the clouds. They are often classified as dreamers. They are patient, kind and stable, but can be stubborn if situation demands it. They like their friends and family close and considered some of the most loyal people out there.

The best show for you to binge on would be Netflix’s recent blockbuster show- The Crown. It tells the story of the Royal Family of England, and the history of Queen Elizabeth’s rule with her husband- Prince Phillip. It is a wonderful historical depiction, as well as an engaging narrative, which will keep you hooked and yearning for season 2 (which comes in December, so you’re in luck)!

Show to binge-watch: Master of None

People born under the Gemini sign are instinctively curious, creative and romantic. They like to explore, and be surrounded by a stimulating environment at all times. Even when they are watching a show, they tend to look for something to take away, rather than spend their time on mindless binging.

Master of None is one of the most critically acclaimed shows of recent times, which is funny, intuitive, romantic and makes you feel all sorts of things. It is even beautifully shot, which makes it a must watch for all Geminis.

Friends and family come first over everything else for a Cancerian. They are fiercely loyal creatures who would like to spend all their time in the company of people they love and trust. However, sometimes, they tend to go their own path and like their own space and don’t tend to adapt to new things very well.

Stranger Things is the perfect show for you to binge watch, if you haven’t already. It is a gripping story about a bunch of kids trying to figure out the strange occurrences that are taking place in their town. It is about friendship and loyalty, which is why you are definitely going to relate to it.

Leos are as fierce and magnificent as their sign- the lion. They are born leaders, who like to feel a sense of importance in whatever social circle they move. They tend to be strong-willed and a little biased at times, which only makes more leader-like. They are very protective of the people they care about, and can often go to any lengths to make sure that they are kept from harm’s way.

The show that you should watch is Outlander, which is about a woman named Claire who travels back in time to Scotland of the 17th century, and gets embroiled in some of the most important struggles that Scotland has had to face in history. It is truly as fantastic as your personality.

Suggested read: #AstroSpeak What Were You Born To Do? Here’s What Your Zodiac Sign Says

Show to binge-watch: Jane The Virgin

Virgos are some of the most special people you will meet. They are quiet, introverted and generally like keeping to themselves. However, even when they are quiet, their mind is working at an immense pace. They are super smart and witty and can be the people who give the best advice ever.

No, I didn’t suggest Jane the Virgin because your sign is that of the Virgin. Because you generally prefer handle-able drama, this is the perfect show for you binge on, which is fun, light, entertaining with just the right amount of twists and nuances!

Libras can be some of the most interesting people you meet. They are constantly striving to achieve one thing, and one thing only- balance in everything. They don’t like too many changes, and they like to be sure of the things (and people) in their lives. Without self-awareness, they are constantly in a state of despair. They are meticulous and dedicated, and can make for some of the most precious friends and lover.

The show for you is Bojack Horseman, without a doubt. It is a show about an erstwhile famous TV horse who is struggling with his dwindling fame. The show is super meta with a lot of caustic humor and is one of the best animated series ever made in recent times.

Scorpios are all about intensity and hardcore stuff. Their motto in life is either go big or go home. They are super passionate about whatever they are doing, and have an uncanny ability to understand and read people. They are charming and intuitive, and prefer a complex stimulating environment, wherever they go.

The perfect show for Scorpios to binge on would be Love, one of the most underrated shows on Netflix. In fact, everyone should watch this show irrespective of their zodiac sign. It follows a refreshingly real relationship between Gus and Mickey and leaves you feeling good, grateful and grounded.

Nothing defines a Sagittarius more than their sense of adventure. They are constantly seeking out thrill and excitement, and there is no end to their wanderlust. Being born under the earth sign, they are also very grounded in reality, and know where to draw the line.

The perfect show for you would be Jessica Jones, which is hailed as a feminist phenomenon on TV. It is full of crime, thrill and adventure, which is perfect to satiate your latent thirst for all of the above.

Capricorns are born planners and achievers. Every single thing in their lives, whether it is ambitious or a simple party, is meticulously planned, so that they know what comes after what. Their ambition, dedication and determination is unparalleled, and double-crossing a Capricorn is almost impossible.

The perfect show for you to binge on would be Narcos, which follows the real-life story of cartel lord Pablo Escobar. It is an intense, adventurous show which is going to leave you on the edge of your seat, and cater well to that cunning streak of yours.

Honest, philosophical and kind. These are the words that would describe the typical Aquarian. They are super generous and giving, and they like being in the company of others. Sometimes, they can be brutally honest, but people can’t help like them and their company.

You should totally be binging on Netflix’s new original show- Atypical, which follows a teenage boy on the autism spectrum, looking for love. His journey throws his entire family into a flurry of self-discovery, and this feel-good show is the perfect mood-lifter on those bad days.

Show to binge-watch: Orange Is The New Black

The one thing about Pisces which is most striking is their love for personal space. They prefer being left alone, and don’t like nosy people. They are very private and come across as the kind who has a lot of secrets. However, they also try to fit in as much as possible, and often adapt to their environment, even if it means compromising on their values.

Orange is the New Black is the perfect show for you, because it has the right amount humor, charm and drama. It follows the lives of women in prison, and there is a reason it has become one of the most sought after shows in recent times!

Let us know if this list helped you decide what show to watch on Netflix! We’ll be back with more horoscopes.

Article Name
What Show To Watch On Netflix, According To Your Zodiac Sign
Author
Aishani Laha
Description
Don't know what to do now that you have finished bingeing on your favorite TV show? Find out what show to watch on Netflix next based on your zodiac sign!