Wrong-number Relationships: Empowering Or A New Way To Bully?

In the pursuit of love, is technology empowering people to break barriers or is it making victims of gullible men and women? This question has been doing the rounds for quite some time now. Its origin, however, can be traced back to the most clichéd debate topic EVER: Is science a boon or a bane? 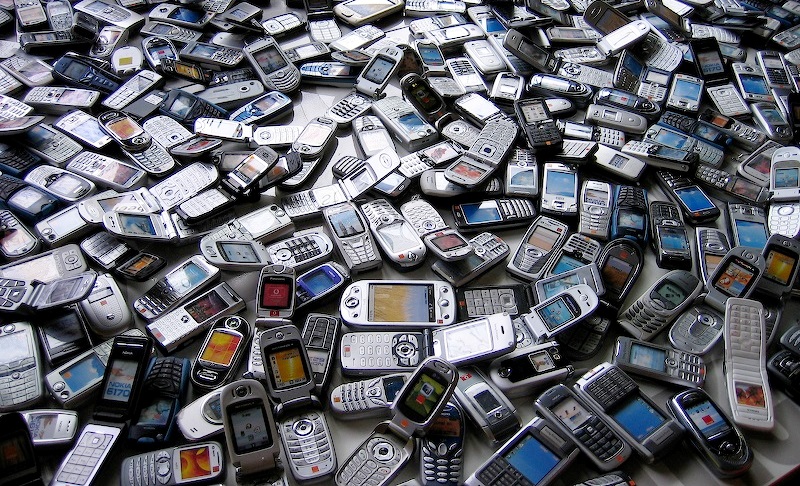 But the question has again sparked interest among anthropologists, sociologists, and people in general, and that is because of a phenomenon called, “wrong-number relationships.”

Julia Q. Huang, who is a fellow in the department of anthropology, of the London School of Economics, has worked on “wrong-number relationships” practiced by young women in Bangladesh, and has written a scholarly paper on it.

But, what are “wrong-number relationships”?

The practice of intentionally dialing random phone numbers and striking up a conversation with the stranger on the other end, in hopes of finding yourself a boyfriend or a girlfriend.

Suggested read: 12 effective tips on how to get rid of a stalker

According to what Huang told The New York Times,

“It’s a new thing. It’s covert, it’s risky, it’s experimenting with that outside world which they don’t have much access to.”

“It’s one of those boundary-expanding experiences that allow you to think about opportunities that were not previously available.”

It is a fearful but exciting way of finding love. Sounds good? Well, this practice has become a nightmare for a lot of women in countries like Morocco, Papua New Guinea, Bangladesh and India. The “wrong-number relationships” have given birth to “Phone Romeos”. Let us take the case of India. 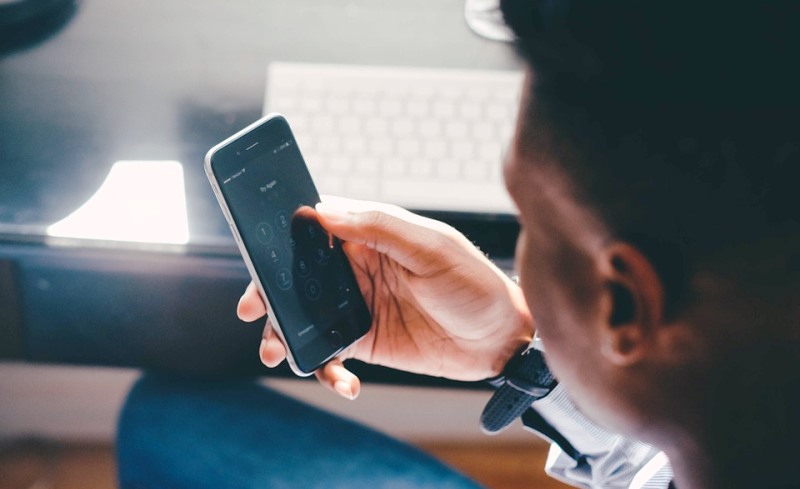 India cannot stop talking about the mobile-phone revolution that the country has gone through, and rightly so. The competition is so high that call tariffs are one of the cheapest in the whole world. Moreover, the price of broadband is plunging like nobody ever imagined. According to reports, 680 million people use mobile phones in India. Even political leaders are encouraging the use of mobiles to build platforms of social progress.

But this cheap new wave of technology is bumping right into the gender separation that is practiced in the country, which is, in turn, intentionally/unintentionally bringing down the fences between men and women. However, this has caused a new problem: Increased occurrence of phone harassment. Mobile stalking has amplified exponentially. 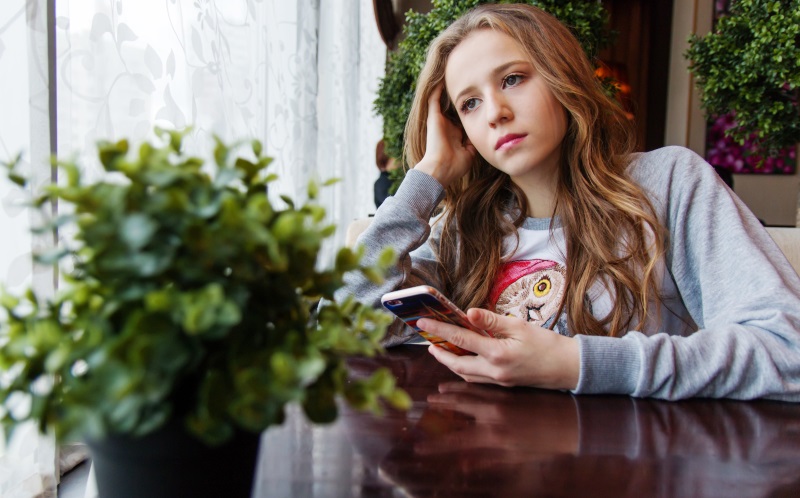 So, if an unknown male voice has ever called you saying, “Can I talk to *insert any female name*?” And you told, “No, you seem to have dialed a wrong number,” to which, he says, “Okay, can I talk to you instead?”, then you know you have been contacted by a Phone Romeo.

A police call center in Lucknow is constantly tracking these Romeos, and according to them, they receive 700 calls of complaints from phone stalked and harassed women, every single day. These men persistently call them and say things like, “Do you need to recharge your phone” or “I have seen you at that recharge shop. You are very pretty. Be my friend.” Or even “I would love to do dirty things with you.”

This one’s a shocker but according to a report published in the Hindustan Times, in Uttar Pradesh, phone recharge shops are selling mobile numbers of women to “interested” men. They charge these Romeos INR 50/- for an ‘ordinary looking’ girl, and INR 500/- for a ‘beautiful’ one.

Akhilesh Yadav, the ex-Chief Minister of Uttar Pradesh, had set a round-the-clock police helpline, 1090, for women to register their complaints, during his tenure. The helpline has received around 6 lakh complaints over the course of several months, and 90 percent of the cases are linked to harassment on the mobile phone.

Among the most recent complaints is one by Geetika Chakravarty. Geetika is a 24-year-old makeup artist whose childhood was spent traveling around the globe with her father, who is a diplomat. Last year, Geetika returned to India from Canada, and had posted her mobile number on her salon’s Facebook Page, for her customers to contact her. Apart from her regular and potential customers, the number pleased the Phone Romeos. She received hundreds of calls from these strange men, so many that she says she had to block 200 different phone numbers!

Among these men harassing her, the most persistent one called about four times every day and pleaded her to meet him in person. Geetika, like what most girls would do in such situations, blocked his number. But this did not discourage the man. He called her from another number. When Geetika grew real worried about her situation, she contacted the 1090 helpline and lodged a complaint.

The police tracked the man down by tracing his number. Premsagar Tiwari, a 24-year-old, who according to Satyavir Sachan, the constable handling the case, did not look like someone who could even muster enough courage to go and talk to a girl.

Brought up in two small rooms of a quarter in the corner of a government school, Tiwari is the son of a night watchman. Every day he would see the school girls entering the school in front of this house, but going to them and talking to them was too much of a challenge for Tiwari. And so “finding love” using a phone seemed a more viable option to him.

“One person is enough to fulfill you. I have nobody. The person you love will be somewhere, there, standing last in line. You have to reach them somehow. And when you find that someone stop looking.”

Doesn’t this sound like a dialogue by a Bollywood hero, telling people how one must not give up until he finds his ‘soul mate’ and his “one true love”. Consent of the potential soul mate? Now, that is not important. 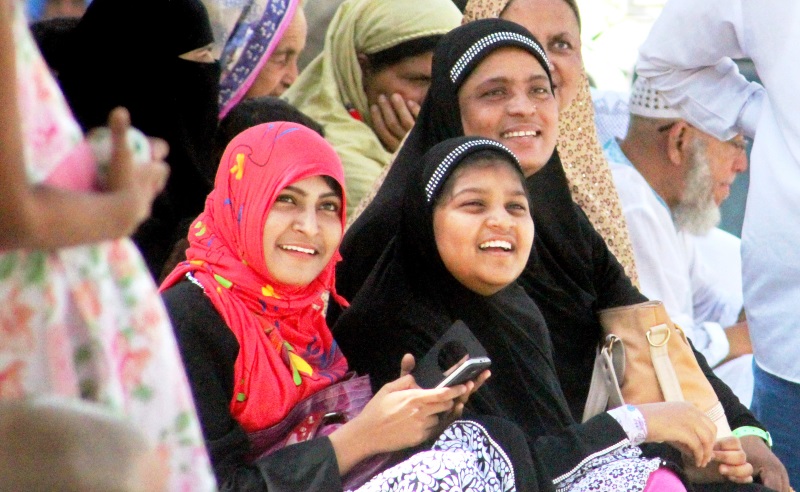 As for women in Bangladesh, who Huang studied, they are more than happy to be a part of telephonic courtships. Some of them even maintain 5 – 6 of these wrong-number relationships. They consider phone contact more convenient and safer since there is a physical distance. Also, men actually ‘listen’ to them for long hours, which is such an abnormality in the conventional relationships!

For these women, it is a bit of an adrenaline rush; it is fearful but fun. For men, however, Huang told the New York Times,

“Dialing random numbers is like playing the lottery and seeing what comes up.”

Sometimes, she says, men even bet about who can keep a woman on the phone for the longest time.

So is all nuisance caused by technology itself or by those using it? Because we cannot deny the fact that it is through technology that today’s India, like the world, is finding love. While the responsibility does lie on the person using it, we cannot help but question whether the innovators of smartphones as well as Tinder and other online dating apps ever took into consideration that their inventions would be used to stalk better.

There’s name calling, cyber bullying, trolling, stalking, outright sexual threats, and in some cases, even death threats. To an extent, you can trace the problem to the initial days of the Internet. The Telecommunications Act, 1996, allows website operators to evade responsibility or liability for the comments or messages posted on their web channels. However, it is true that this law is challenged now and again because some of its provisions directly challenge specifications of another law, that is the Communications Decency Act. That said, there is very little legal recourse available for someone who is bullied online.

Robin M. Kowalski, who is a social psychologist at University of Clemson, says that phone and online bullying cause more anxiety and depression in its victims, than in case of normal bullying. This is primarily because of the level of anonymity that is available to the stalker. But again, isn’t anonymity the factor which attracts introverts and shy people to date online?

Suggested read: 15 online dating safety tips that could save you from danger

Finding a soul mate is a very essential part of our existence. And whether you accept it or not, technology is affecting it, and the harassers are taking advantage of that. Now I would like to know from you, considering the complications that I have discussed, how can we keep the harassers at bay, while letting true love find us or continuing our search for the right one, without having to deal with these poison dart frogs?

Article Name
Wrong-number Relationships: Empowering Or A New Way To Bully?
Author
Riya Roy
Description
Is technology empowering people to break barriers or is it making victims of gullible people? A closer look at a new trend of wrong-number relationships.