#BeBoldForChange 9 Key Issues Affecting Women and Girls Around The World

There are so many people who think women don’t face any problems any more. They proudly exclaim that feminism is not required now, because sexism and patriarchy is a thing of the past. Women can vote now, what more do they need? Some even go ahead and say, “women have been given enough freedom, and yet they are not happy!” OK, “enough freedom”? Who decides how much freedom is enough? “Given enough freedom”? What makes you think that our freedom is something that you can keep under your thumb, and offer us crumbs of it, as and when it pleases you. The very arguments that suggest that women’s issues today are a myth, ironically constitute a reason why we still need feminism. Here are 9 issues some old, some new, that trouble women in 2017. 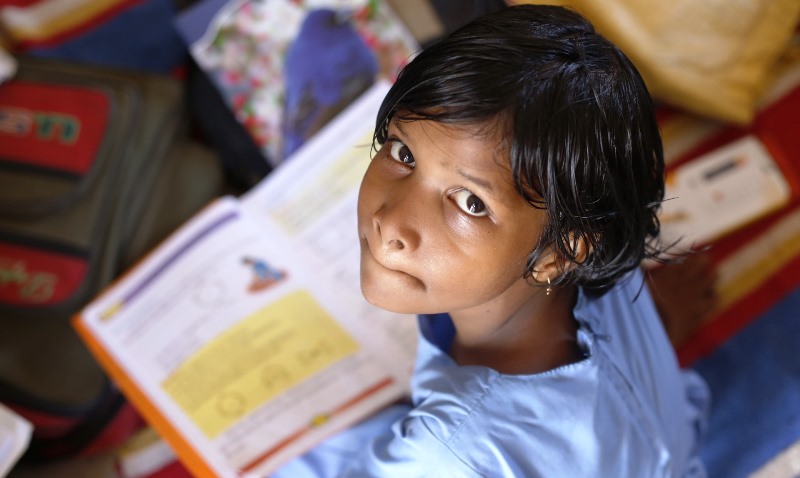 Suggested read: #InternationalWomensDay celebrating WOMAN: 16 powerful female characters who spoke what was in our hearts

According to Gloria Steinem,

“If you add up, in terms of the numbers of people, I would say that competing for number one would be violence against females worldwide. If you add up all the forms of violence, whether it’s domestic violence in this country, which is at an enormously high rate — I mean, the most dangerous place for a woman in this country is her own home, and she’s most likely to be beaten or killed by a man she knows — or it is FGM, female genital mutilation, or it is female infanticide, or honor killings or child marriage … Violence has reached an emergency.”

The world of today has become a scarier place for women than before, and we have good reasons to believe that. According to surveys conducted a couple of years back, around the globe, 10 to 70 per cent of women have reported a physical attack by a close male partner, during some point in their life. 40 per cent of these attacks were of a sexual nature. In the US, for example, one of every four women reports an incidence of domestic violence in their lives. At least 4 of 5 women around the globe have been stalked, physically or on social media, at least once in their lives. These startling prevalence rates have revealed that today one can call violence aimed at women, an epidemic.

Instead of making sure that women receive instant and apparent help, more and more women’s shelters are being closed.

Here are a few facts and figures to will help you put things into perspective.

Recently, a 70-year-old Polish MEP, Janusz Korwin-Mikke, told the European Parliament that women should earn less because they are “weaker, smaller and less intelligent.”

This is because since the Equal Pay Act was signed in 1963, women have gained only 0.38 cents per year, on an average. At this rate, equal pay can only become a reality in 43 years, says the IWPR.

According to the Pew Research Center, in about 40 per cent households that have children, mothers are the primary source of income. Thus, households run by single mothers get affected unfavorably.

When a woman reaches the 45-years mark, she makes about 79 per cent of what men make. Thus, older women are at a disadvantage which discourages them from saving for retirement if they are the primary provider in their family.

In developing countries, the unawareness and unmet need for family planning has led to 74 million unplanned pregnancies. The Women Deliver, a woman’s advocacy group, has cited figures of 36 million abortions a year. To help women take charge of their reproductive organs will reduce occasions of unplanned pregnancies, unsafe abortions and maternal deaths. This will also help save up the precious resources that are wasted on the unwanted pregnancy costs.

The WHO or World Health Organization defines Female Genital Mutilation as, “procedures that intentionally alter or cause injury to the female genital organs for non-medical reasons.” WHO holds that 3 million girls, from Africa alone, go through some form of female genital mutilation procedure. Looking at that appalling figure, we can say that FGM is a global problem that has to be dealt with as soon as possible.

The rate of sentences given to rape convicts is criminally low, according to reports. In England, for example, 12.000 men and 85,000 women are raped every year, on an average, of which only 1070 rapists get convicted of the crime.

In India, though rape is illegal by law, marital rape is not a criminal offence. According to TOI, a leading newspaper in the country, 300 rapes and 500 molestation cases were reported in just two months (Jan-Feb) in 2015. Using the data presented by National Crime Records Bureau, TOI revealed that 93 women are raped on a daily basis, in India. Though Rape is the 4th most common crime in the country, only 24,923 cases were reported in the year 2012, of which, 24,470 were committed by a person the victim was acquainted or even close with. The conviction rate in India has fallen at a steep low over the last few decades. While in 1973 the conviction rate was 44.3 per cent, in 2013 it came down to 27.1 per cent.

6. Different forms of harassment, including stalking and trolling

Every year, according to records, one in every 25 women between the age of 16 and 59 become victims of stalking. According to the police, stalking incidents are increasing because of social media. These sites ensure that the stalking can be done easily, at just a touch of a button. This has resulted in cyber bullying of which women are bigger victims than men.

According to the Guardian,

“The UK is considered fertile ground for traffickers. Police admit there is little scrutiny of the off-street sex industry, and that detecting the crime is difficult and costly. A report by the Association of Chief Police Officers (ACPO), published in 2010, revealed that at the very minimum, 2,600 women were confirmed to have been trafficked into England and Wales and forced to work as prostitutes, and that an additional 9,200 women in brothels and other premises were considered to be “vulnerable migrants” who had possibly been trafficked. There are an estimated 5,890 brothels in England and Wales.”

The charity, Stop The Traffick, holds that trafficking of women distresses every continent and every country.

The statistics provided by Equality Now suggest that 20.9 million adults and children are trafficked into sexual servitude, forced labor and bonded labor, worldwide. Of all the victims of sexual trafficking, 98 per cent are girls and women.

Abortion based on the predicted sex of the fetus is rampant in parts of East Asia and South Asia, because the culture in the countries in these regions value male child over female child.

According to MacPherson, 100,000 abortions are performed every year, in India, solely because the fetus is female.

One of the biggest societal problems resulting from sex selective abortion is “missing women”. This notion was first introduced by Dr Amartya Sen, in 1990. To illustrate how grave, the situation was, he calculated the number of women who were not alive because of discriminatory practices like sex selective abortions. Sen found out that 11 per cent fewer women were there than what should have been, if the People’s Republic of China had natural sex ratio. When Sen combined the data from around the globe, he found out that there were over 100 million missing women. Sen said that this number was “larger than the combined casualties of all famines in the twentieth century.”

In December, 2014, Louise Burns was humiliated after being asked to “cover up” while feeding her 12-year-old baby at a Christmas tea with her family in Claridge’s, a luxury hotel in London.  She told the Guardian,

“I started feeding her very discreetly when the waiter hurried over with a huge napkin, knelt down and said it was policy to cover up. My initial reaction was to burst into tears. This was my third baby. I had trouble breastfeeding the first two but this was going well. I didn’t expect to be admonished in a central London hotel.”

Since this incident mothers from around the globe have posted breastfeeding selfies (popularly called ‘brelfies’) to show support for public breast feeding.

It is strange that women are made to feel humiliated for something as natural as feeding their babies. Obviously, we need to do more to crush the stigma attached to breastfeeding.

It is true and sad that the key women’s issues today cannot be an exclusive list. We will love to hear from you, and know what all, in your opinion, troubles women across the globe.  The comment section is for you to sound off in.

Article Name
Some Of The Key Women's Issues Today That Affect Each And Every Woman
Author
Riya Roy
Description
The very arguments that suggest women's issues today are a myth, ironically constitute reasons why we still need feminism. Here are 9 such issues.