If you’re a fan of Bollywood movies, you’ve probably noticed that a good percentage of love songs are filmed in beautiful hill stations. The lovers are atop a hill, which may be green or white, and the camera pans out across the hill range, zooming in on the romancing duo. If this has been your idea of a perfect romantic location, then it’s time to act on your fantasy!! Here are our picks for the 10 best hill station in India for honeymoon. 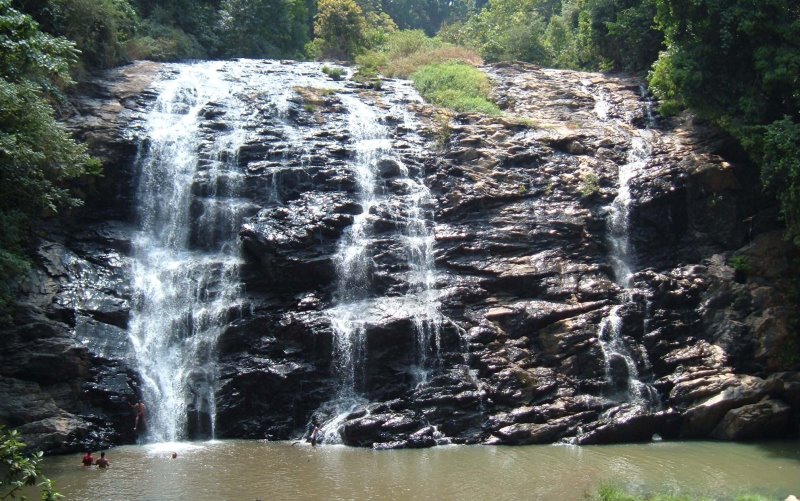 Also known as Kodagu, Coorg is a relatively less known hill station in South India, which is gaining prominence nowadays. Coorg is full of scenic locales, giving it the name, ‘Scotland of India.’ Beyond that, Coorg is a great location for adventurous honeymooners, with several sports like rafting, trekking, fishing, and even golfing to indulge in. Sample some local coffee too, as you visit the beautiful temples and coffee plantations.

Movie Mention: One of the segments of the movie Saat Khoon Maaf (2011) was filmed in Coorg. 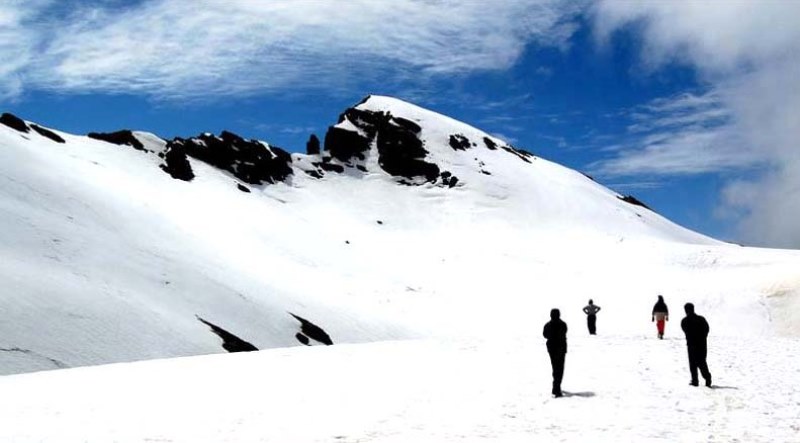 Two different worlds meet in Manali, where several ancient temples co exist with adventure sports. The beautiful hills are adorned with streams and rivers, making water sports a prime attraction. Once you’re done with them, walk along and renew your vows at one of the many temples here, giving it the name, ‘Valley of Gods.’ Since it’s is one of the premier skiing destinations in the country, you both could take a spin on the slaloms.

Movie Mention: The song ‘Ye Ishq Haye’ from the movie Jab We Met (2007) was shot in Manali. If you and your partner are kids at heart, you’ll love Darjeeling! With a gravity defying Toy Train and the longest cable car in Asia, there’s a lot of fun to be had. And when you’re done with them, you can take a guided tour to explore more in this charming hill town. And of course, don’t forget to buy lots of aromatic tea!!

Movie Mention: The song ‘Main Kya Karoon’ from the movie Barfi (2012) was shot in Darjeeling. 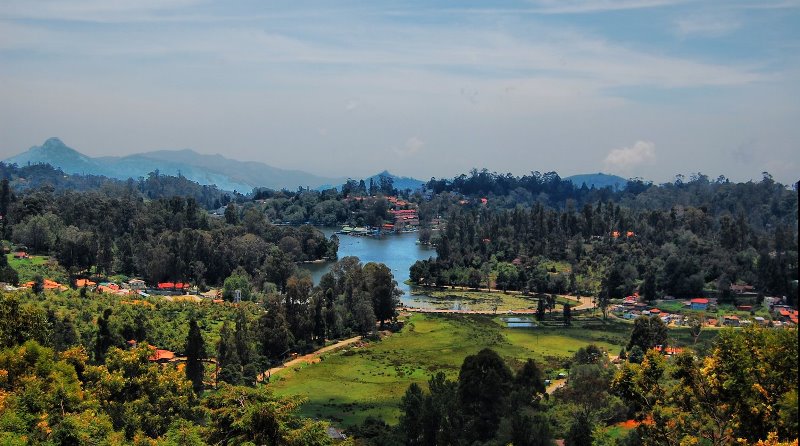 A panoramic view of Kodaikanal

Remember where we mentioned reliving your Bollywood fantasies? Kodaikanal is the place for all the dance-around-the-trees scenes from the ‘80s!! Situated among the Nilgiris, Kodaikanal is dotted with woods full of tall trees, and watching the sunlight stream in through the foliage is a sight to behold! There are also boating and cycling activities for couples, along with sightseeing at waterfalls and lakes.

Movie Mention: The bulk of the Aamir Khan starrer Jo Jeeta Wohi Sikandar (1992) was shot in Kodaikanal although it was shown to be Dehradun. 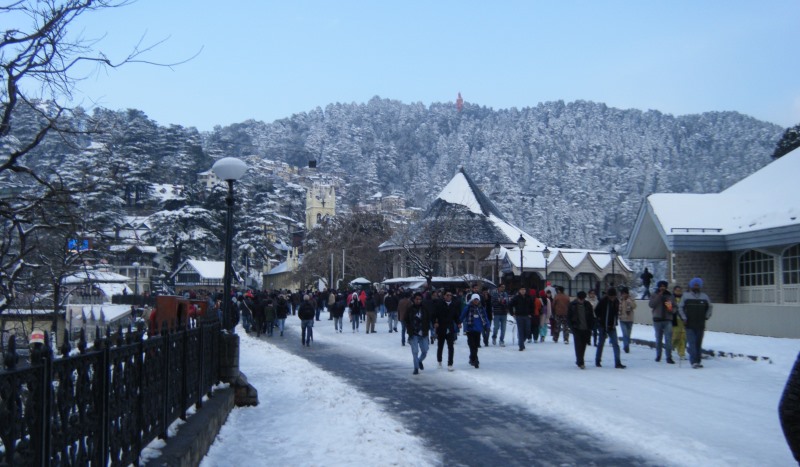 The capital of Himachal Pradesh, Shimla was once the summer capital of British India. Religious places and educational institutes go hand in hand in this lovely place, surrounded by mountains on all sides. Shimla is quite an active area, compared to other hill stations, and is ideal for couples who prefer more ‘happening’ places. If you’re lucky, you can also manage a snowball fight during the winters!

Movie Mention: The song ‘Behti Hawa sa’ from the movie 3 Idiots (2009) was filmed in Shimla, along with other scenes. 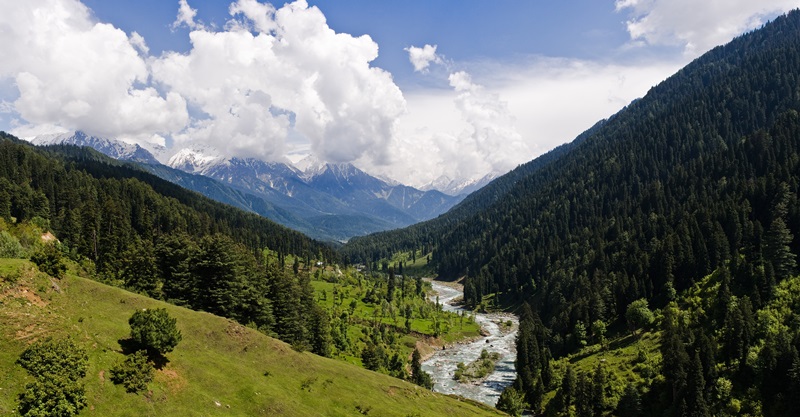 When speaking of hill stations, we can’t leave behind Paradise on Earth, can we? Pahalgam is a beautiful little valley at the junction of two rivers, and surrounded by mountains. There are beautiful fir trees all around, which create the perfect atmosphere for couples, by creating little enclosures around the honeymoon cottages. The weather is perfect, not being unbearably cold in winter and comfortably cool even in summer.

Movie Mention: Scenes and a song of the movie Jab Tak Hai Jaan (2012) were shot in Pahalgam. 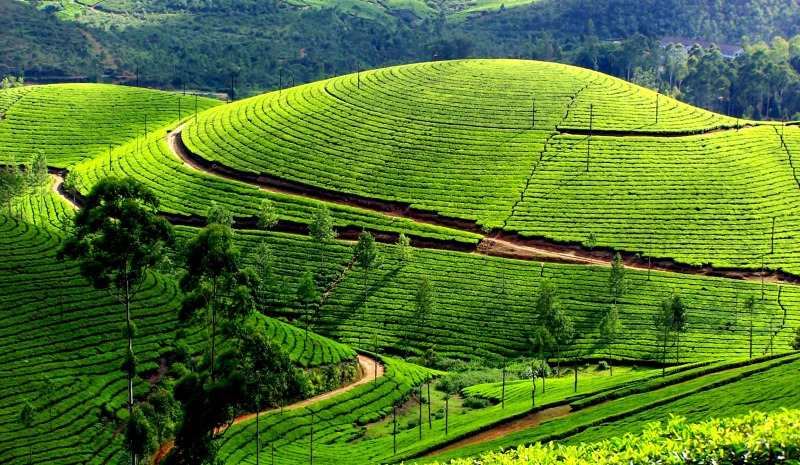 A scenic view of the rolling tea gardens of Munnar

If the sight of vast green expanses soothes your mind, then Munnar is the place to be! There is little that can compare to the feeling of sitting in a room atop a hill, close to the clouds, and looking down at acres and acres of tea plantations. The weather is beautiful, unlike the characteristic humidity of Kerala. While not freezing, it is cold enough to encourage you to cuddle!

Movie Mention: Many scenes of the movie Chennai Express (2013), including the song ‘Titli’ were shot at Munnar. 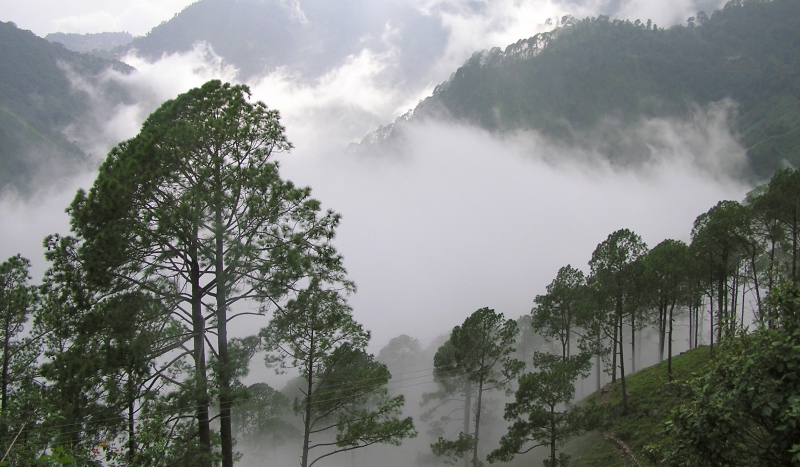 Clouds rolling through the mountains in Nainital

Nainital is a hill station that also has the honor of being named the ‘Lake District of India.’ This makes Nainital the ideal location to experience the best of both worlds. Serene lakes surrounded by lush green hills reaching up to the cottony clouds create some stunning visual imagery. This is an ideal spot for a truly memorable honeymoon and some frame-worthy photos!

Movie Mention: A good part of the movie Kati Patang (1972) was shot in Nainital. 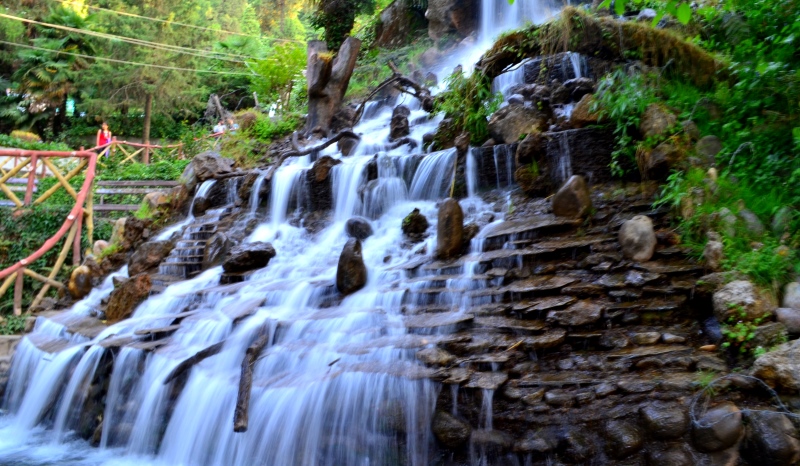 Previously a hotspot for the British, Mussoorie has seen many generations of honeymooners canoodle amidst the mountains topped with snow. Like in other parts of Uttarkhand, Mussoorie offers some breathtaking views of the Himalayas. This is the perfect place for couples who want a relaxed honeymoon, snuggling and looking at the clouds drift across the mountain tops. 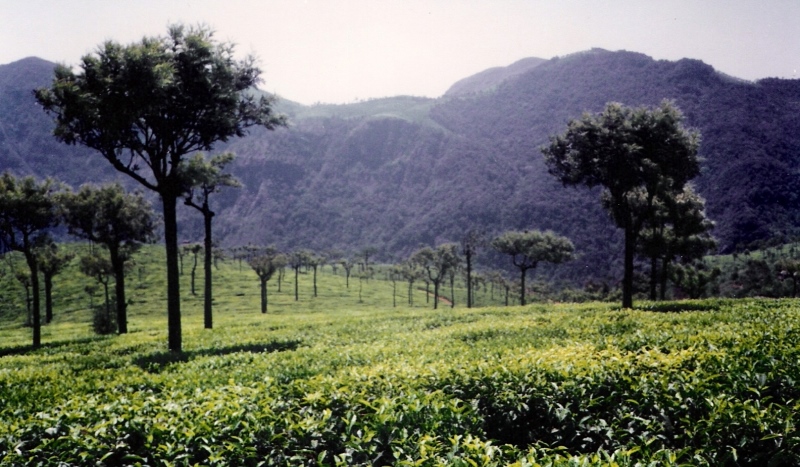 This is probably the most popular hill station of the south. A botanical wonderland, there are several beautiful gardens and plantations to visit, making for some pretty photographs! There are many activities that one can do in Ooty, of which ideal ones for couples include cycling, rowing, and trekking. If you and your new spouse have a sweet tooth, then you can savor some delicious, mouth-watering homemade chocolates here.

Movie Mention: Several scenes of the movie Just Married (2007) were shot in Ooty.

As you can see, north or south, east or west, there is bound to be a hill station you can access. So pick one from this list and pack your bags for a honeymoon to remember!! 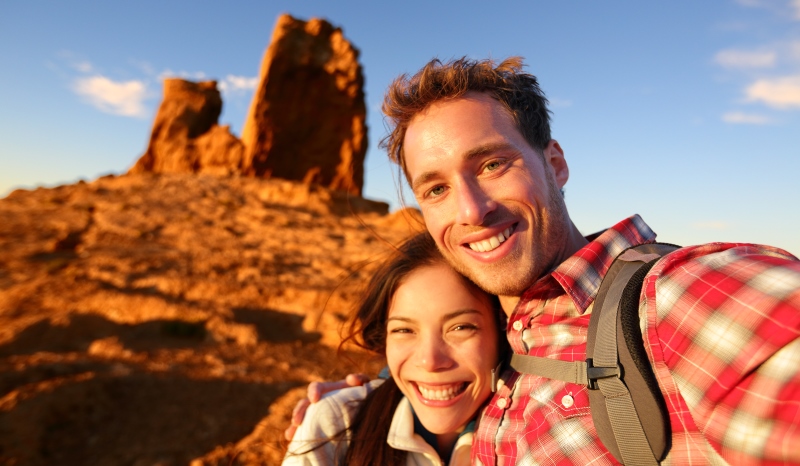