2016 saw bold artists like Frank Ocean and Beyoncé make it huge in the world of music. But it also saw a number of promising talents that we believe will see the spotlight, this year. And since 2016 stole away so many legends from us, we are looking forward to the new voices in pop, rock, and hip-hop that are likely to define music in 2017. 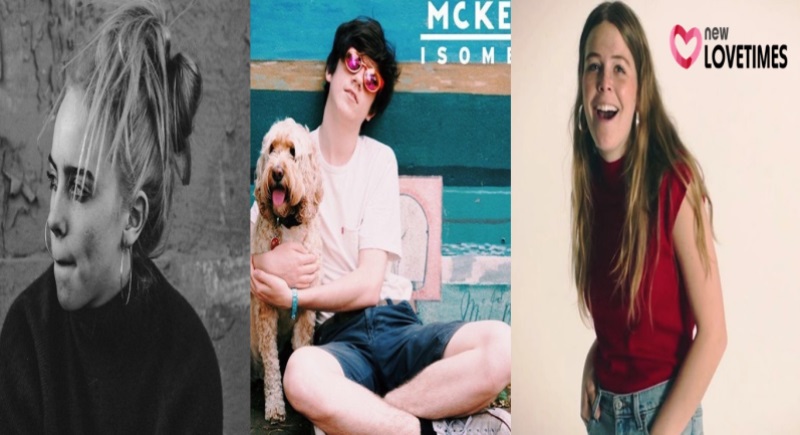 Below are ten artists, who we think, will be the face of music 2017.

Suggested read: 10 stunning beauties who could become the next top model in 2017

Have not heard of her before? Well, worry not, that’s about to change. Billie, who is only 14 years of age, is a pop diva. With vocals matching that of Lana Del Rey, Billie can easily become the next Lorde. Her track “Ocean Eyes” made us feel like we were floating underwater! Here’s wishing her the best.

When Vogue asked her how she managed everything, being so young, she said,

“Well, one thing that helps is being home schooled. I have been since I was born, and that helps a lot. I’m really busy, but it’s stuff that I love doing. When I do have free time, I spend it with friends or I spend it at home writing or making something. I’ve always liked being busy. If I have nothing to do for a week, it just makes me mad. That’s why it’s been so hard to be injured, because I can’t dance and I can’t move, really.”

From Virginia, D.R.A.M can become the most optimistic rapper there has ever been. He radiates joy and happiness, and that is sure to draw you closer to his music. His debut album, Big Baby D.R.A.M., which released last fall, showcased his talent as a beat-maker, one who can make some real hooky R&B tracks. When Queen Bey, Beyoncé posted on Instagram a video of her dancing to D.R.A.M.’s “Cha Cha”, he, according to us, notched a huge seal of approval.  His “Broccoli”, with Lil Yachty is up for a Grammy, and we wish him all the best.

A four-person indie rock band from Minnesota, Hippo Campus, was signed by Grand Jury Records, and considering that this company has signed talents like Day Wave and Mothers, we know the band will make it big. In case you have not lend your ears to their music yet, you should know that they create ageless, dreamy soundscapes that are sure to remind you of ANOHNI.

The Utah pop band, The Aces, has four teenage girls, who together create sunbathed songs, ready for any dance floor in the world. “Stuck”, their debut track, is the right amount of pop and rock that one needs to get all groovy.

Vagabon is sure to be your next favorite, if you love the works of Waxahatchee or Adia Victoria. Lætitia Tamko, the Cameroon-born NYC-based singer and songwriter, weaves magic through music. Her songs are nostalgia themselves, and with the indistinct guitar riffs, ambient choruses and hazy vocals, you will be transported to a different land, an enchanted one. We cannot wait for her debut album, Infinite Worlds that is set to release in February, this year.

The four-piece band, Pinegrove, from New Jersey is a strong indie-rock band which is sure to rule the music scene of 2017. The group’s debut “Cardinal”, went on to open up for Kevin Devine. The lyrics of the song cover emotions of love and separation so well, that you are sure to find your eyes moist by the end of it.

RAY BLK is a 22-year-old British R&B artist. She blends sounds of Mya and Missy Elliott, many think. “My Hood” saw RAY singing about the love-hate relationship she shares with her South London hometown.

Declan McKenna, a British singer-songwriter, is marrying social consciousness with political ideas through his pop music. The musician tackles serious issues of FIFA corruption in “Brazil”, his single. With his second single, “Paracetamol”, Declan discusses the misinterpretation of transgender adolescences in the media.

Pharrell cried with Maggie’s music, so you know how talented she is. Rogers just finished her graduation from New York University, and has written her debut hit, “Alaska” in *wait for it* fifteen, minutes. Alaska is an ode to a hike (a life-changing one, as she puts it), she took there.

The 22-year-old rapper, Nadia Rose, is all set to become the next big rap artist straight out of the United Kingdom. Rose has been time and again compared to Lady Leshurr. However, we think, she is a talent on her own. You should check out the video we have shared here, and let us know if you agree with us or not! 😉

Suggested read: 20 fashion trends that will take 2017 by a storm

That is all on the best music 2017 will be bestowing us with. Let us know if we missed out on any artist that you think could become the next big thing. You know where to leave a comment.