We all dream of that one person that we would love to spend our lives with. For the lucky ones, the wish comes true. But what happens after that? Is it a happily ever after? Or is it somewhere in between? Whenever two people come together, there crop up relationship issues over the years. These, if handled well, can make your relationship. But if neglected, can even ruin it sooner or later.

All affairs need compromises. Please don’t get me wrong when I say that. You certainly shouldn’t tolerate it if someone is trying to violate all the values that you hold so precious. But you also have to see at what cost you are asking them to change? When a relationship is new, and you find a few things that you think don’t fit right, address them immediately. When you both talk about the issue from your own perspectives, things will begin sorting out automatically. That’s why investing time in these relationship issues is vital.

Here are 10 that we would want you to speak with your partner about straightway!

An imbalance of power can be the most dangerous among all relationship issues. This problem can rear its head in numerous ways. It may also go on for years until the subordinated partner realises that enough is enough!

Such control-related relationship issues include only one partner calling the shots, without even consulting the other; ‘handling’ the money; manipulating; requiring the other to ask for permission before going out with friends or even family!

This imbalance renders the relationship unstable. You need to immediately address this issue before it is too late.

The level of suspicion in a relationship can make it or break it. Thoughts about exes as being friends or ideas about what is flirting, can vary from person to person. If both the partners are the jealous type and in equal amounts, it will be easier for them to find an equilibrium. Hot-button topics like having friends of the opposite sex (the other way round if gay), flirting with other men or women, keeping contact with exes, etc., can be easier to deal with. However if one of the duo is more green-eyed than the other one, all hell’s going to break loose!

In such a situation, it is advisable for the less envious partner to find the middle ground, but that doesn’t in any way mean that you MUST compromise! When situations like these are not addressed effectively, they build up over the years and form a seething grenade of bitterness!

Perhaps you once shared the same goals in life and that is what brought you close. In a relationship where compromising is not an issue, the couple can reach an agreement on these relationship issues. However, if these goals are too rigid, it can be a warning sign for incompatibility! You may have different set of goa’s now but sit down together today and jot down around ten aims that you both will achieve together. See how everything changes from that moment on!

What happens when one of the partners is happy with making love once a month while the other craves it twice daily? This pattern varies from one couple to the next and may even change along the journey of a relationship.

This is one of the relationship issues which cannot be pigeon-holed along gender lines. Yes, there are plenty of men who want more sex but there are as many women who complain about their husbands not putting it out as often as they would want to.

The recipe here is compromise. If neither of you are willing to budge, then this will probably be the deal breaker. However, if the one with the higher libido is willing to ‘please’ themselves to make up for this libido gap, and the other one with a lower libido vows to be supportive of this ‘self-love’ and also considers having sex more often (find a middle ground!), think how things will change, for the better of course!

But why should I have sex when I am not in the mood for it?! Okay let’s say you are tired and have a meeting the next morning. How about a quickie? 😉

Violation of trust is an obvious reason for a relationship to fail. If the faith of a partner is continuously broken, problems accumulate over time and the motivation or desire to stay together is lost along the way. A couple who wants to stay together despite a physical or an emotional affair that one of them is involved in, has to learn to reconcile their differences and survive without anger or bitterness. Or else, call it quits immediately!

Infidelity, particularly, is assumed to be the primary reason why couples part ways, but contrary to popular belief, research shows that there’s only around 6 per cent chance of infidelity in a new relationship which goes up to 25 per cent as the relationship greys. Though it may not be the most important of all other relationship issues, it is still poisonous and must be dealt with accordingly.

Suggested read: 10 vital things you MUST know when dating an alpha female

This is one of the relationship problems that is based on fear and insecurity. Newlyweds might isolate themselves from friends and family because they are madly in love and want to spend every passing hour together. A momentary phase of cocooning is normal for most couples, but if this is extended for long, it can be pretty unhealthy!

Space and external socialization is absolutely vital for keeping oneself sane. You need to let your relationship breathe if it has to survive. Relationship issues might emerge if being together all the time has caused one or both partners to distance themselves from their family and friends.

This may go unnoticed, but it exists even today! Mistaken gender myths are relationship issues which further cause others! “The man should bring in more dough than his woman” or “the woman should take care of the children”… These stereotypes are sure to create false expectations, which inevitably lead to a split!

An offshoot of this is the issue of complacency. If both partners start accepting their stereotypical duties and perform them monotonously, the spark leaves the marriage through the back door! Surprising each other? No one has time for that! While some partners prefer to look at this as a good rhythm, we think it leads to a “Dead End”!

Yes, we can go out on a limb and declare that this is one of the most common deal-breaking relationship issues! Mastering the art of honest and open communication with your partner is difficult but if you don’t, then even the way you empty the garbage can, may cause a blow out!

Candid communication in a relationship requires both time and effort. But it can certainly be developed. That makes it less difficult than completely transforming yourself from a shy, bookish type into a whip-wielding dominant one, right?

The best time to begin this exercise is now! Talk to each other about your sexual histories even if you haven’t made love to each other yet. Further down the road, it shouldn’t come as a shock to them when you want to try something new in bed.

On the contrary, if there is something that’s putting you off or making you feel that your sex life is stuck in a rut, talk to your partner about it. But make sure your conversations are fair and kind. Fights are healthy, but only if you find a way to resolve them quickly! 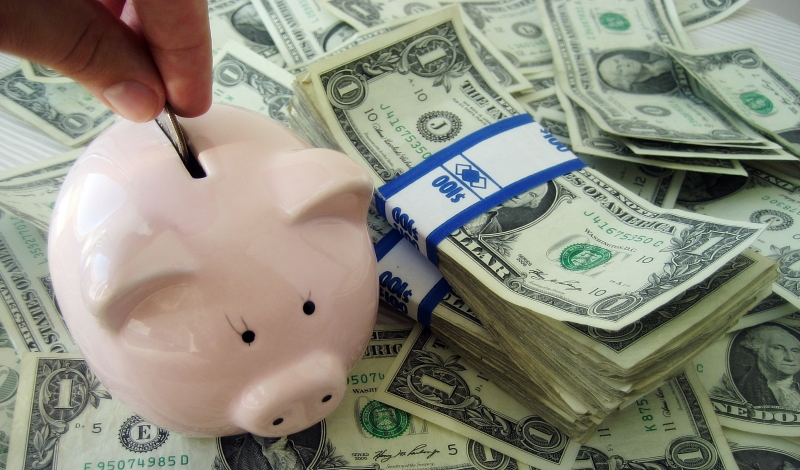 Money isn’t an issue on its own. A couple usually parts ways over continuous disagreements over their money! These could be about one of them having an excessive spending habit or a love for risk-taking activities like gambling! Also, an extended period of debt can have a tragic effect on a romantic relationship. Things get worse when one blames the other for it! Discuss financial issues as and when they crop up. Avoid playing the blame game because it will, instantly, drive one  away from the other. They might start hiding things from you and not confide in you. Financial responsibilities need to be discussed early on to avoid splurges.

Your compatibility or may be the lack of it on these relationship issues is the main thing! The point is that none of these issues are ‘inescapably’ a deal breaker. The more the two of you are companionable on these, the lesser will you be needing any relationship advice!

Article Name
10 Relationship Issues With The Power To Make Or Break Your Relationship
Author
Riya Roy
Description
What relationship is free of relationship issues? The best way out of them is to address them as and when they crop up. That's the smart thing to do! :)