What You MUST Know About On-again Off-again Relationships

3. They live happily ever after.

They break up and part ways.

Ever been in the last one? The endless cycle of an on and off relationships?

Then you know how on and off relationships are fraught with an endless pattern of confusion over falling in and out of love due to continual conflicts between partners!

This usually occurs owing to a conflict and the inability to sever the relationship due to the longevity of the attachment. Either way, there is a dangerously heightened delusion in believing that there is a ‘happily ever after’ at the end of the path when there have been a series of dissolutions and renewals already, and the frustration over ‘it’s over’ is mixed with a codependent longing for the ‘I am sorry. Let’s talk’ call you know is coming!

But is this convoluted, conflicted, and confusing journey of an on-again off-again relationship worth the routine rides of the roller coaster of intimacy, hurt, loss, and REPEAT? Let’s take a look.

An on-again off-again relationship is a personal equation between two individuals who commit to their bond, sever the relationship, and then recommit to it. This cycle is repeated again and again, thereby, forming an unhealthy and toxic pattern of relationship dissolution and renewals. Repeated ending and renewing of a relationship is often called relationship cycling (Dailey, Pfister, Jin, Beck, & Clark, 2009), and this dynamic can threaten the health and well-being of the relationship and the partners.

Suggested read: Breakup or makeup – when to let go?

And the reason the disagreement causes the sprint toward the exit, only to take a U-turn and return to the point before the disagreement flared, is because the partners haven’t learnt to ‘agree to disagree’ without being disagreeable. This endless pattern, then, causes the wires to be crossed each time a conflict happens and the possibility of a short circuit due to an inflated misuse of the on-off dynamic.

Why does it happen?

On-again off-again relationships, as already explained, owe their origin to an inability to deal with conflict. This conflict, in turn, may owe its existence to a number of factors. Personal characteristics of partners, an unhealthy/toxic pattern of fighting, general relationship dissatisfaction, stagnation or even cheating are few reasons behind the same.

Getting back together may also owe its existence to a number of reasons, some of which include lingering feelings, beliefs that their ex may be “the one,” missing the companionship that comes with being in a relationship, or wanting that comfort and familiarity of the relationship (Dailey, Jin, Pfiester, & Beck, 2011). Dailey mentions that the disappointment with the dissolution of the bond and the multiple doubts and uncertainty about the relationship keep bringing the partners together for either a change or a definitive closure.

Research indicates that a pattern of separations and reconciliations is toxic to both relationship and personal well-being. The more frequently couples cycle back and forth between being together and being apart, the more their relationships tend to deteriorate to involve negative interactions, less satisfaction, and less commitment (Dailey et al., 2009a). This suggests that breakups and make-ups might add a degree of stress to an on-and-off-again relationship that isn’t present in non-cyclical relationships. Meanwhile, breakups are incredibly difficult, associated with psychological distress, and decreased life satisfaction (Rhoades, Kamp Dush, Atkins, Stanley, & Markman, 2012). Despite the potential joy of a reunion, repeated breakups bring a great deal of stress into a person’s life.

Is all hope lost?

We know that just because a relationship tends to swing between the dual ends of the on-off spectrum does not mean that there is no love between the partners. So, is there a way the on and off relationships can survive their on-off phase and become a long-term healthy and happy companionate relationship?

The answer lies in the type of on-again off-again relationship you are in!

On-again off-again relationships can be categorized into two primary types – capitalized-on transitions type and gradual separation type. While the first type involves a couple caught in an on-and-off again pattern making the most of the changing circumstances and allowing transitions to serve as opportunities for improving their relationship, the latter merely engage with the transitions in their on-and-off again dynamic with a string of hopes and expectations without any real effort to change their situation.

Needless to add, the former type of couple has a better chance at allowing for positive change and growth that may enable their relationship to survive the rigors of an on-and-off again pattern, pull it out of the confusing terrain of on-again off-again relationship-scape, and enable the reunion to drive the relationship-wagon on smoother land. The latter type, on the other hand, indulge the same pattern over and over owing to no REAL change to confront and resolve their issues, thereby paving the path for a final breakup.

Thus, if you are in a gradual separation type on-and-off again dynamic, you might do well to call it quits. But if you are learning from the constant friction and working on your own and the relationship’s lacunae, you might be able to fill more than just the communication gaps by forging your way ahead to a fulfilling relationship.

Standing at the brink of a breakup in an on and off relationship and being unsure whether to pull things to a close or give it another shot is fairly common. What isn’t obvious is whether the ‘back and forth’ cycling is going to help your ‘it’s complicated’ relationship status. Not that labels hold much clout, but it sure is advisable to know where one stands. Uncertainty can lead to stress and disappointment. If you do leave the doors open for a reunion post-breakup, it is wise to throw the doors wide open on discussing the relationship transition, communicating freely and honestly about individual needs and desires, and using a post-breakup period to evaluate how it feels to live separate lives. It is always advisable to weigh the negative effects of repeated cycling (trauma, stress, frustration, anxiety, hurt, loss, pain, anger, depression, and disappointment) and its effect on your emotional and mental well-being against the advantages of a renewal that might bring you back to square one.

Suggested read: Why the possibility of finding the perfect partner is remote

Here are some things to consider:

Life is too short to keep repeating the same mistakes over and over, friends! If you had to learn from yours, you’d have long ago! Either to make the worse better or to move on for good! But you know what they say, better late than never! 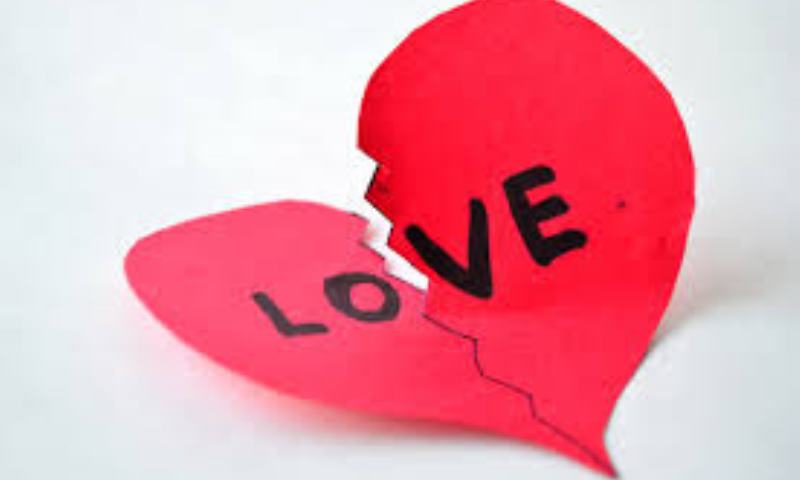 Article Name
The Naked Truth About On-again Off-again Relationships
Author
Sejal Parikh
Description
On-again off-again relationships are more common than you may think. But are things related to them as common knowledge as you'd like? Read on to find out.