Lessons Vulnerability Has Taught Me

Let’s all imagine a scenario. A young girl who has just shifted to a new city is returning from her new job. It’s late at night, 11pm. The lanes are empty with dingy street lights trying to split the darkness and ghostly trees shading the already darkened streets. Not a soul is there except for this young girl who’s probably 25 years of age. A bike enters the same lane that this girl is walking through. There are two men on it. What do you think happens next? 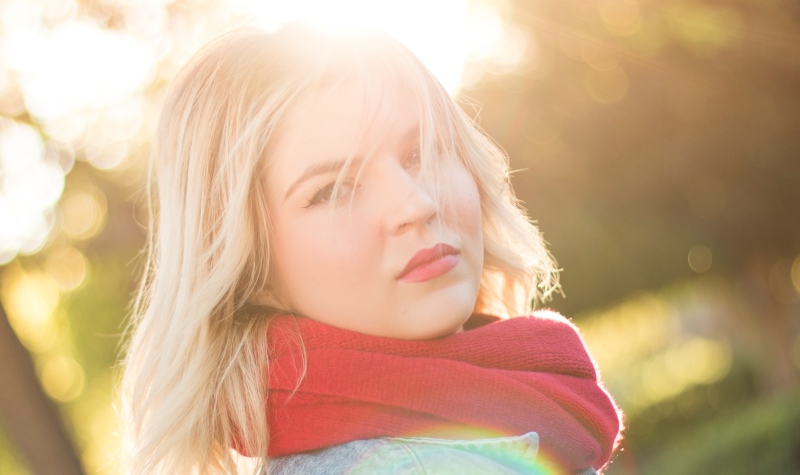 90% of the readers will say that the men will molest the girl or rape her or rob her of her possessions. Why do you think these should be the most probable cases? Is it because vulnerability is always considered a weakness?

Suggested read: Emotional Numbness Is Easy To Slip Into. Here’s How You Can Snap Out Of It!

In this post, I’m going to talk about vulnerability, its disadvantages and some lessons that I have learned from being my most vulnerable self. “Vulnerability” means to be exposed to the possibility of being attacked or harmed either physically or emotionally. In every stage of life, an individual is vulnerable. It is at its peak in children and old people as they are physically weak and dependent. We’ll look at the following 11 things that I have learned from being vulnerable.

The first time I faced a situation where I felt vulnerable was back in junior school when I was an introvert. I never shared my thoughts or anything about my lifestyle with my classmates. When I went to 2nd grade, my class teacher asked us to introduce our friends to the entire class. Every girl had something or the other to say about her friend, but I was left behind. Nobody knew what to say about me. As a result, the teacher was quite astonished so she asked me to introduce myself to everybody. That was the first time I spoke to a big crowd. When I ended my introduction, everyone was moved. I was the girl who had the maximum number of interests in class and I could do a great number of things that nobody else in that room could ever think of doing at 8 years of age. I could iron my clothes, make few snacks, cut vegetables and even go for grocery shopping by myself. That day I realized that fear of opening up made people have incorrect thoughts about me. It resulted in me being unable to create my own identity.

The next time I faced vulnerability was when I was in middle school. By then I had created a popular image of myself in school and not to mention but I was famous as an all-rounder taking part in sport, different activities as well as in academics. It was a regular school day when one of my teachers was late for class. So I started a game of catch with a pencil bag. The entire class participated and we all were having a great time when suddenly a girl threw the bag towards the light shattering it into pieces. The middle school head was called and the entire blame came down upon me while I was not even the one to break the light. I tried to explain to the teacher that I was not guilty but at times elders make fast assumptions and interpret that the child is arguing. I was in for some serious trouble. On one hand, something had fallen inside my eye from that light which I tried to tell the teacher, while on the other, I had a teacher standing right in front of me shouting at me for something that was not even my fault. I was vulnerable.

To make matters worse the teacher made me go and apologize in front of the entire class for it. It was too much to bare. I broke down into tears. The entire class of students laughed at me that time. I felt threatened and heavily embarrassed. For over a year everyone laughed at me whenever they passed by. Only my friends knew the truth and they supported me to the best of their ability. It was so depressing that I even tried to harm myself by the thought of being mocked. I never disclosed it to my family as I was afraid to put myself into shame. I was afraid to be vulnerable in front of my parents. Had I been vulnerable then, my parents would have been able to help me overcome the situation. In life it is not possible to stand up for yourself all the time and be self-sufficient. At that time, we should seek help from the ones whom we have entrusted our faith.

Suggested read: It Is Never To Late To Get To Know Your Partner Better

After almost two years I was able to overcome this embarrassment and one day during class assembly, I took the opportunity to disclose the matter. I spoke out in front of the entire school in morning assembly about how I was victimized for no reason. All those girls who had once laughed at me, were now standing in front of me with their heads bowed down in shame and the middle school head had also been called for a serious talk by the principal. I learned that vulnerability made me immensely courageous and pulled out the truth from me.

As I have mentioned that in all stages of life one can be vulnerable, I’ll move on to the next phase of life when I was extremely vulnerable. By sixteen years of age, I had already made a large number of friends of both genders. I was also popular among boys from different schools. There were many people who really wanted to meet me and be friends. This made me feel fluttered and I chose to be vulnerable. I was easily accessible for people. I landed up being with the wrong people wasting my time and getting deflected from academics. I was a science student and for those who are unaware of what a science student should be like, let me tell you, that a science student in senior school is expected to study at least for 4-5 hours in a day. I spent weeks without touching my books. It resulted in a steep fall in my grades. From a 90 percentile to a 40 percentile. My teachers and parents were absolutely mad at me. Nobody could figure out what was the reason behind this deterioration. I was no longer allowed to take my own decisions. My entire lifestyle was now guided by my parents. To be honest, I had no choice. If I had to improve, I had to give up on my decisions. I was in control of my parents and I could not make rigid decisions. As a result, it created a strong relationship between my parents, teachers and me.

I started working after my B.Ed. It was quite as roller coaster ride for me. From the very beginning I chose to be immature, talkative and childish at my work place thereby being vulnerable once again. As a result, my seniors took me for granted and I was at their mercy when I had to undertake projects. In life everybody expects to be respected. And once the respect is gone, the world feels a meaningless place to reside in. At my workplace, I found it difficult to be respected. I went through depression and anxiety. The environment became so negative that I found it difficult for me to sustain. I had a baggage of payments to be made every month. And that job paid me well enough to balance my expenditures. It would not be so easy if I left the job. So I chose to rectify my mistakes. I stopped being open to my colleagues and I restricted myself from talking unnecessarily. Soon my colleagues noticed my sudden change in behavior and they started coming to me by themselves. Many asked me if something had happened. I would reply too them in a coldly saying that there’s too much work and I cannot waste my time talking. It took some time for me to create my own personality but it did earn me some hood respect. I implied all the lessons that I had learnt from being vulnerable in the past. It worked wonders. The scenario was just the opposite of what it used to be.

Suggested read: Things You Learn From An Unconventional Mom

Vulnerability has both advantages and disadvantages. It is important to know when to be vulnerable and in front of whom you should be vulnerable. A famous saying credited to Theodore Roosevelt marvels me. Every time I feel vulnerable, I read it. And it creates an immense boost of will power in me. Roosevelt had once said,

“It is a critic who counts; not the man who points out how the strong man stumbles, or where the doer of deeds could have done them better. The credit belongs to the man who is actually in the arena, whose face is marred by dust and sweat and blood; who errs, who comes short again and again, because there is no effort without error and shortcoming; but who does actually strive to do the deeds; who knows great enthusiasms, the great devotions; who at the best knows in the end the triumph of high achievement, and who at the worst, if he fails, at least fails while daring greatly.”

Therefore, I would like to end by saying, Vulnerability makes the impossible possible.

The growth of feminism in our country has created an impact in our social life. It has led to my realization that I am a feminist. I call myself a nature lover and I am a hardcore mountaineer. When it comes to choosing, I choose backpacks and tents over lipsticks and eyeliners. Writing is the platform through which I share my thoughts and communicate with others. I believe anything can be achieved with hard work and willpower.