Ever watch a movie where a guy fumbles, mumbles, and yet is unable to tell a girl that he loves her? Doesn’t that really bother you? I mean, he’s so close to saying it, does everything to give the girl the right signal, but still can’t say it aloud in words. Well, it sure is annoying, but then I guess some men are like that. They can’t open up easily about their feelings, to anyone, let alone a girl.

There could be a lot of reasons why your man isn’t expressing what he’s thinking. Perhaps he’s just busy, or he doesn’t feel connected enough, or perhaps he hasn’t started trusting you yet, or he might just be reserved and taciturn with everyone. Whatever is the reason, if you’re in a relationship with a guy who is reticent to open up about how he feels, it can be pretty damn difficult. And that’s only because you are never going to know what’s cooking inside his mind. It’s frustrating if you have to live your life with such a person. Because even if you think you’ve cracked his shell, you may be far far away from knowing what he actually feels.

Depending on the time you’ve spent in your relationship, this question can have varying answers. Men usually take some time before they start trusting and begin talking (from the heart). It doesn’t happen overnight and you have to be patient.

The thing you need to find out is why he isn’t opening up in the first place? Have you not made yourself seem trustworthy to him? Does he think you won’t understand? Is he afraid of getting emotionally attached to you if he does open up? Is he ashamed of letting those emotions out? Does he look troubled and think you can’t handle it? Does he not feel connected to you?

So, you need to start asking yourself all these questions before you jump to how to get a man to open up. Because that’s not so difficult. Our 12-step guide will help you all the way.

1. Create that trust zone for him

One of the main reasons your guy isn’t opening up with you is because he probably doesn’t trust you that much. And when there is no trust, there is no bonding. So, for him to be able to speak about his feelings openly he must be able to trust you first. Create an environment wherein it becomes easy for him to trust you, and thereby, open up to you. Whether this means opening up to him yourself, or making it clear to him in subtle and not-so-subtle ways that you value his trust first and foremost, you must go ahead and do it.

2. Speak to him if you want him to do the same

If you’re going to be uptight about your secrets and issues, he ain’t gonna tell you his. For him to open up, you too need to do some talking. When he sees that you trust him completely with your feelings, he will be obliged to do the same. Until then, his mouth shall be zipped. So, open up, ladies!

3. Ensure your reaction is encouraging

When he ultimately begins to trust you and starts telling you things, you have to make sure that the reaction you give him is satisfying. And by that we mean that you ought to encourage him. If you’re going to show signs of disinterest, boredom, or a don’t-care-attitude, he will never come back to you. How to get a man to open up? Encourage him with your words and actions; give him a genuine hug, hold his hand, or simply looking him in the eye will ease things out for him and he’d tell you how he feels.

4. Show him that you’re a pillar of strength

Sometimes men think of women as weak beings; they assume that we aren’t emotionally strong and can break down easily. Often, men think that they need to be providers and comforters to us and don’t think we, as women, are capable of emotional strength. At times, you may have to step up your game and show to him that you’re capable of handling anything that comes your way.

5. Show him that you’re mature

Maturity doesn’t always come with age; it’s also in the mindset. You don’t have to worry about getting older to become mature. Show your man that you can think like an adult and also act like one, whatever your actual age. Make him see your mature side, and hopefully, this should give him enough proof that you can handle anything like a responsible grown up human being.

Suggested read: The complete guide on how to stop thinking about someone you still like

6. Accept him for what/who he is

Men secretly fear rejection. Of all the fears they probably have, rejection figures on top. If a guy thinks that you’d reject him for being a certain way, he most definitely will not open up to you. His fear will only raise his guard and he won’t be able to be his true self around you. The first thing you could do is to let him know that you’d accept him for whatever and whoever he is. That no matter what he is about to say, you’d still love him and be with him. This should break the ice for him and make him open up to you without any hesitation.

Well, we hope this isn’t a surprise to you ladies. Well, if it is, then you better digest this soon. Men not only look, behave, and act differently, they also emote differently. While swelling up your eyes could be how you channel certain emotions, men may not necessarily shed a tear (whether it’s happy or sad) to express their feelings. A brief talk, a handshake, a pat on the back, such expressions maybe how they like to receive encouragement or would express their feelings. Perhaps, a silent walk is what they need to clear their head, or maybe they want to simply lie down in your arms and fall asleep. They show their emotions in a rather different way, and you should be able to understand it.

8. Be a friend when he wants you to be one 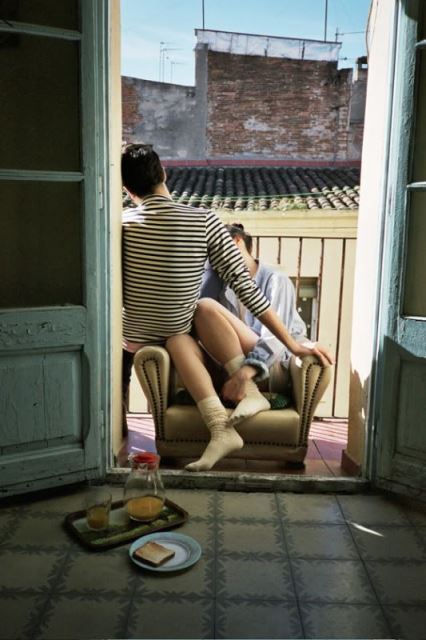 Of the different roles you may be playing as a person in your life every day, you may have to sometimes just be a friend to your man. He may not need a wife or a girlfriend 24×7. Sometimes he just needs an understanding friend, because it’s easier to talk to a friend. If you can switch into that role for him, he’d be happy to speak about his feelings with you.

9. Stop torturing him for not opening up

Well, it could be really frustrating to see that a man isn’t opening up to you despite all your efforts! However, there is no need to push him aside, or worse, give him a tough time about it. Well, consent applies in this case as well. Maybe he doesn’t want to speak about it, so be it. Stop torturing him for a decision he makes, and that decision being him not opening up to you! This will only push him further away from you. 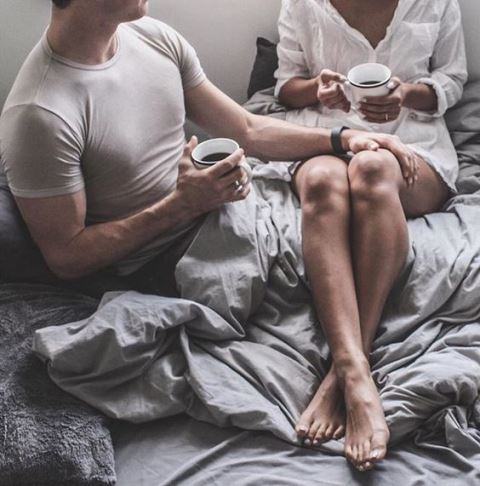 When people speak, they want to be heard. If you’re someone who has no patience to listen patiently, then you might not be the person a man wants to confide in. So, hear him out, give him time to finish speaking, and more importantly, listen to what he has to say. Only after you’ve heard him out, you could give him your opinion. Until then, stay mum and simply listen.

11. Never judge or humiliate him

What might seem like a big issue to your man, could mean nothing to you. But that doesn’t mean, you can make fun of him or humiliate him. Also, being extremely critical and judgmental about what he has confided in you, could be a tad bit harsh on your part. So, keep your judgments to yourself and let the poor guy be. Don’t make him regret about opening up to you.

Suggested read: The complete guide on how to fix trust issues in a relationship

Whether as a joke or in an argument, if a man has told you something as delicate as his true feelings, it would be tacky and extremely insensitive of you to bring it up later on. No one likes that. It could make him feel exploited and humiliated to say the least.

A reasonable amount of time should be good enough for a man to say how he feels, but if you want to make it easier for him, you could try the above 12 tips too. We assure you that they will work out as the complete guide on getting your man to open up and talk to you about his feelings.