12 Things NEVER To Say To Couples Without Kids

No matter where you are from and what you do, when you get married, you are going to be expected to have kids. Yes! If you are one of those childless couples – questions, taunts, and many backhanded comments are going to be hurled at you. And you can barely do anything about it.

If you are one of those people who hurls those questions at the ones who are childless – then you really need to understand what’s going on with that couple. Generally, there are three reasons unless in addition to some exceptional cases. They are: 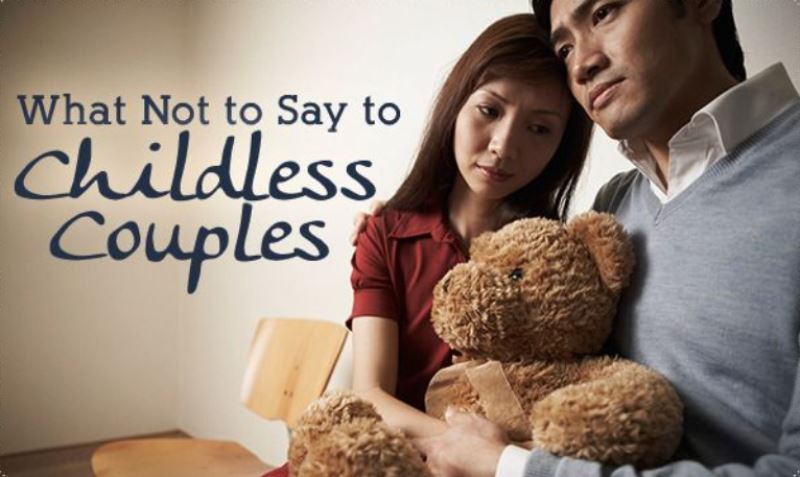 Either way, it is not your place to question them. Now, there are some of us who are not meaning to intrude, but tend to say things that might hurt the feelings of these childless couples. To help, we are going to give you a list of things that you should never say to couples without kids:

Suggested read: Why I doff my hat to the women who choose not to have kids

1. “You are lucky, you get to spend money on all the fun things you used to do in college!”

While this can be said to a couple that is childless by choice, there is no chance you can get away with this one when the childless couple in question is the first or the third kind. If they are trying to settle down, they might not have the money to spare on doing other things. If they are facing medical issues, you really do not know how much money they are devoting to treatment.

Therefore, it is a big NO! Do not say that!

They might have, they might not have. They could be a childless couple for any of the three reasons listed above. And this question is going to put them in an awkward situation because they might not really want to explain their financial, personal, or medical situation to you.

Also, it is really none of your business to know. If they wanted to talk about their plans with you, they would have come to you directly.

The couple trying to settle down in life can’t wait to have kids, the ones who are doing it by choice are not really interested in the idea of having kids, and the ones with the medical issues might be really struggling with the whole idea. No matter what kind of couple you are talking to, there is no way that you are going to be able to pull it off without rubbing it in their face or making it a really awkward situation.

Even if you have the gyaan, just keep it to yourself.

“No, it’s not. We are working really hard to make ends meet.” – said the first couple.
“No! We have to ensure that we have protected sex because we cannot risk pregnancy, because we just do not want to have kids.” – said the second couple.
“We are really trying to be fit to have a child to begin with. So no, not really romance.” – said the third couple.

This is what they are going to be thinking in their heads when they give you that awkward smile and try to change the topic. Trust us, they are probably wishing to get out of the situation as soon as possible.

5. “You never really know love until you have kids.” 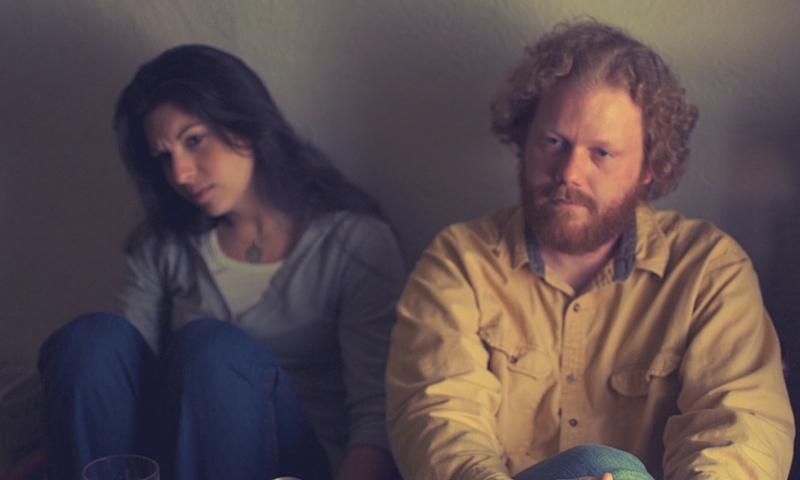 Everyone knows that becoming parents is a completely different experience. Not having children may or may not be a choice. But when you say such things, in a matter-of-fact manner, you are actually just taunting them indirectly. They could have financial, emotional, or even medical constraints that are preventing them from having a child.

Also, who are you to describe love? Why not just let people be when they are not bothering you!

6. “Parenting teaches you a new way of life.”

Do you want your friends to think that you have a superiority complex just because you now have a child or there is a little nephew or niece at home who is almost like a child to you? We all know that it is no easy ball game and there is going to be a massive change in lifestyle when there is a child at home.

Just assume that the couple that has been married long enough has gone over the thought of having or not having a child, and made their choices. Also assume that they are taking the necessary measures to ensure that they stick to that decision unless they tell you otherwise.

Suggested read: 11 unfair things single moms put up with, and how to turn them on their head

7. To the woman in the couple – “You are fit now, post pregnancy, you are going to be bloated for a while.” 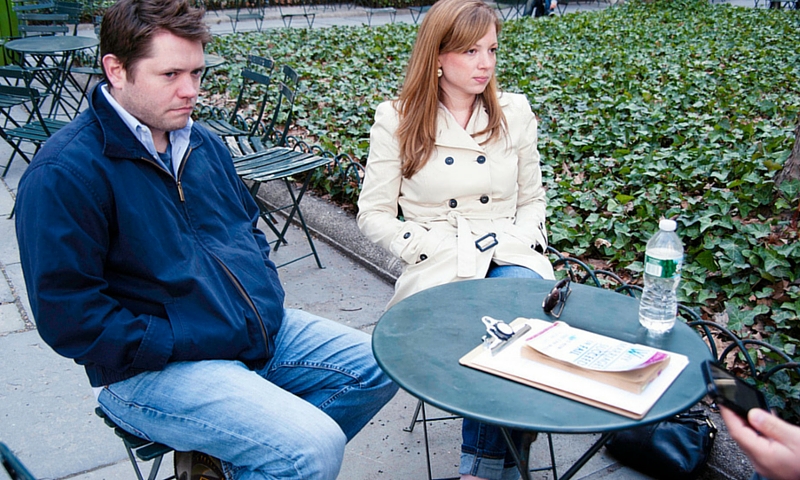 There is a child inside her belly, and she is eating for two people. LITERALLY. She is going to be bloated and she knows that. But what if she cannot afford to be that kind of bloated, or what if she doesn’t want to be pregnant at all, or what if she is not capable of being pregnant? That is why when you talk about pregnancy to a married woman, you watch what you are saying.

You really do not want to touch a raw wound and make it worse.

Everyone’s life is important. It doesn’t matter if they have kids or not. When you say something like this to another person, you are clearly implying that their lives are not important. While being a childless couple can be a daunting experience, you really do not need to be like that and demean their existence.

9. “Relax, it won’t even be a flash before you get pregnant!”

Have you ever considered the following possibilities?

If any of these are true, then you shouldn’t imply anything about an upcoming pregnancy. Think about it before you open your mouth to say anything along similar lines.

10. “What will you do at my child’s birthday party? I am inviting my kid’s friends and their parents?” 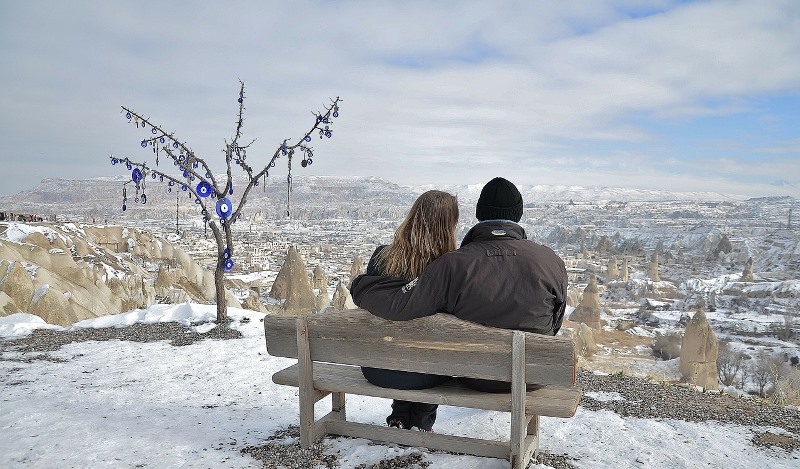 Well, they are your friends, and they want to be there to celebrate the joy of your kids turning a year older. They are probably willing to endure the awkwardness of being a childless couple when everyone has kids (read: a common topic to talk about) and come there to just celebrate with you. When you say something like this to them, they are going to get the impression that you are shunning them and they might not particularly like that.

After all, you are friends. You cannot really decide to exclude them just because they do not have kids.

Just because you have kids, doesn’t mean that your childless friends who are also married couples are any less of a family. You are nobody to dictate what family means to other people. While you might need your blood to be around you for you to feel like family, they might connect with each other on a deeper level.

We understand that a child brings togetherness to the household and there is no chance that it can be replaced with anything else. But it doesn’t give you the right to call yourself a more complete family.

Suggested read: 8 requests to moms from women without children

Here is where you mess up most. You are bringing 9 months of pregnancy, hours and hours of labor pain, all the love and affection that the couple shares throughout this time, staying up at night for the kid, breastfeeding, and all these massive things to just bringing an animal home? Your intentions might be good because pets tend to become a very integral part of everyone’s life, but you really should not compare.

Pets are great, but they feel like a consolation prize to childless couples if they are unable to get pregnant.

Now that you know what you are not allowed to say to childless couples, keep all of it in mind and ensure that you do not say it. You are going to be just fine.

Article Name
12 Things NEVER To Say To Childless Couples
Author
Natasha Singhal
Description
If a married couple doesn't have kids, it's NOT your place to ask them why that is. Here's a list of things you must NEVER say to childless couples.