12 Things That Happen On Every Girls’ Night Out

As the count for girls’ night out-s begins to take a dip from school to college to busy, wonky work lives, the few and far between girls’ night out-s become wilder and better! Why, you ask- coz bank accounts stack more wads of green and livers down more martini! CHEERS!

With a few glasses down, steaming rounds of gossip fill the air..and you know ‘abhi toh party shuru hui hai!’ Here’s a list of all the compulsory elements of a girls’ night out you’ll sure recognize:

Hey you didn’t doll up..

..and then doll up some more for NO reason! C’mon it’s a girls’ night out! SELFIES!

Suggested read: 12 things you want to tell the scumbag who cheated on you

Duh uh- this one’s obvious, no? Not quite. Not until a million hashtags of #WithMyBi*ches, #GirlsNightOut, #LoveMyGirls accompany all the selfies that have to go out on Instagram instantly! What- you have come out with your girls after what seems aeons (yeah- two weeks make the list) and the world MUST know. You didn’t take a zillion selfies out of which just one received a collective approval seal for naught! 😉

How else would the hashtag count increase? #RedHotBabes, #BitchesInBlack or #PrettyInPink has to go out there with the pics, no?

Reminiscing about old times- old crushes, boyfriends, romps and more- interlaced with.. uhm..loud oohs and too many aahs..is what girls’ night out is all about, right? So what if that kinda uptight group of snobs is shooting eyeroll darts in your direction every ten seconds. You can dodge’em right off with a *no f*cks to give* gesture of your own!  😉

When the old books are thrown open, the controversies cannot be far behind. With alcohol pouring in and memories pouring out, it isn’t long before the b*tching session begins! Admit to it already- some of you may have been bold enough to make a social media boo boo in the b*tching round by tagging a universally hated subject in a reeking-of-nasty status with the hashtag #BossB*tch..haven’t you? Gotta tell ya..b*tching like a boss is helluva fun! 😉

This certainly is no conformist move to any stereotype- but we have to take those group toilet trips. I mean- c’mon you aren’t the best-est of buds if you haven’t chatted from across toilet cubicles! From going to the toilet together to having telepathic conversations in there (there are strangers in the queue) to coming out looking even better- the process, in our books, is termed an adorable ‘even our bladders get each other!’ Cheesy? Okay- we still don’t give a tiny rat’s a*s! 😛

If you have a herd, you will have a fight. Don’t get all riled up, some cat fights are deliberate mischief. What- they are fun? C’mon be truthful and raise your hand…*raises hand vigorously*

If your girl gang fails to attract guys like a bowl of honey calls on bees, you know there’s something amiss. And you know you girls’ have still got it goin’on when your entire gang is circled by an equally hot group of hunks just waiting to make eye contact! Ahh- but you will go on with karaoke until he grows a pair and comes over to pop a ‘hi’ and maybe more, later! 😉

And if you know you ain’t hookin’up with the guy you thought looked cute but was a total whackjob, you at least, need to dig in on who’s with who and what’s happening! C’mon now tell us the size already!

Don’t tell me you never did it. I bet your video footage would prove otherwise. We all get wasted and dance like Dolly Bindra was on a rampage. It’s another thing altogether that we think of ourselves as the Spice Girls!!

Suggested read: 10 mistakes we have all made as teenagers

Cue a girl down (coz she slipped and fell over the cocktail someone had spilled on the dance floor), an EPIC click and a gang who can’t stop laughing! Of course, you help her up and dish out some kebabs or chips or whatever is her comfort food- until you are all too full and filled that you know it’s time to head home…

This is when all those hashtags staring at you from the screen seem like a big, fat lie- there’s no #WithMyBi*ches, #GirlsNightOut or  #LoveMyGirls happiness but a throbbing headache flooding your insides, your liver teaming up with your head to make you swear you’ll make the madness stop from now on. You nod in a faint gesture…

…and know this will only last until another weekend comes rolling by.. 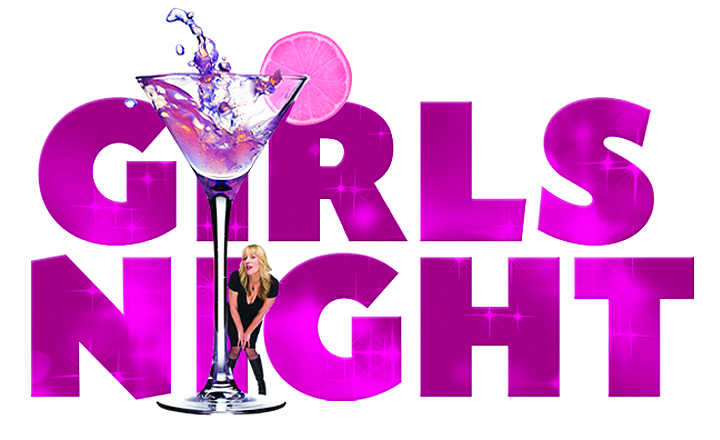