10 Mistakes We Have All Made As Teenagers

We all remember our lives as feisty teenagers- although am sure the record is filled with more memories we’d rather erase than keep in the book! Don’t believe me? Well, if I dug out some of the tangible proof of who I was like when I was a teen, you’d possibly not know if it’s the same person whose thoughts you read on paper! But nonetheless, all mistakes teach us a li’l something and the ones made when we were teenagers, teach us a helluva more!

Check out all the times we messed it up as teenagers:

Messy eyeliner, whacky lipstick and a too-bright-for-the-sun eyeshadow- you name it and we have done it! Guys may have gone all out with too much aftershave while girls may have emptied bottles of perfume in one go! After all, we thought- the more we made our presence felt, the popular we’d be! Ahh- teen myths! Such disasters!

Suggested read: 8 dating habits that will cost you big time!

Same goes for dolling up- I mean yes, the flared jeans and the perms and the platform heels were all the in-thing at the time- but seriously- what were the people who wrote ‘fashion’ smoking??? I think I ended up looking like I was dressed for Halloween at all times- be it prom or grocery shopping! Oh- where do I hide now!

I think teens are biologically hardwired to pick YUCK partners. Girls and boys, alike. No- I am almost certain it’s a thing! Biology trumps sense any day and you don’t need me to tell you the rest! The ache of regrets..and some wisdom! Unfair trade off- but that’s life!

Not only did you want to win the popularity contest by forging ahead in the looks department- you tried every lame method in the book to be looked upon as the coolest stud or the hottest chick in school! Also, how far did it take you- to the end of the street near Wendy’s where you got dumped by your ‘equally popular’ match! Oh you!

Yes- we did it. And enjoyed it. And I guess we enjoy an occasional round now as well. You know what they say- old habits die hard! This one never dies!

Bunking class, swearing each other, fagging and other equally sh*tty stuff that didn’t bode too well for our grades, manners or health- thereby, affecting our chances of passing out, doing well in an interview or even landing a job we could show up everyday to- was the swag we swore by- as the IT-thing! Facepalm.

You were almost ready to marry pizza, if only it helped you recover from heartache. But all that crap you put into your body (from the Chinese takeaways to the soft drinks you downed it with) just left you with a body even pizza wouldn’t be turned on by!

You may have lost count about the number of times you asked your parents to just buzz off and let you be- when, in all probability, they were checking in on you to ensure you had dinner and did your homework! how you wish you had listened then instead of screaming, huh?

Suggested read: 7 types of creepy guys you bump into when you least expect it

I could write a thesis on the wrong decisions I took as a teen- from my bleeping career mix-up to my terrible taste in guys. There was the God-awful date with a guy who was getting some on the side, a group of friends who couldn’t care less about me, a pretentious sl*t who found novel ways of having me dish out my pocket money (yeah- I was kinda dumb) and of course, the mind game that could put Bigg Boss contestants to shame..I had a terrible time with the WRONG decisions..and I wished..

Guess that was a mistake too. Coz I realize now that I’d take a teenage life full of embarrassments, mistakes (and subsequent lessons) over the free, independent adult life crushed under the weight of one wonky responsibility piled on top of another any day! 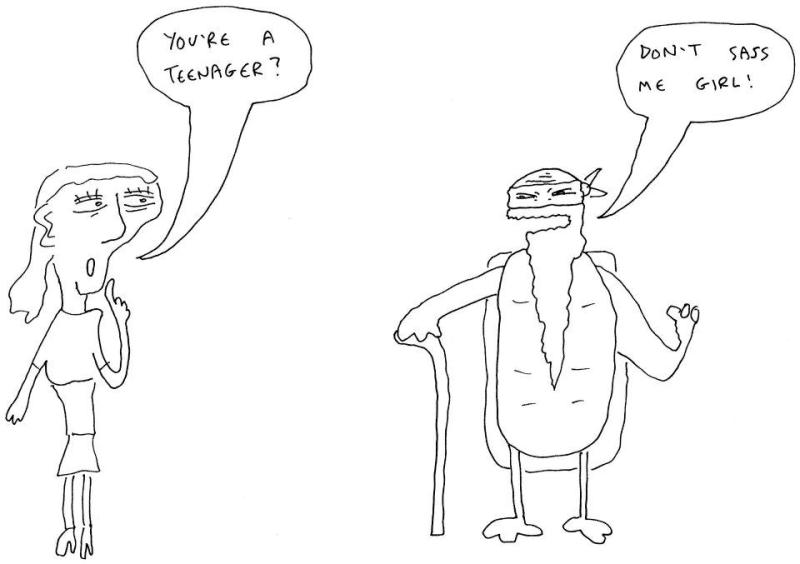 Article Name
10 Mistakes We Have All Made As Teenagers
Author
Shruti Fatehpuria
Description
Because teenagers know 'em all - by heart!