Popping in a Disney DVD is one of the top solutions when you need to feel warm and fuzzy. After all, what better way to get out of your funk than to see happy endings? However improbable it may seem, Disney movies have always had happy endings that make your hope for them in your life too. However, some of these feel good Disney movies too have a few quotes that are incredibly sad and depressing.

Let’s take a look at some of the sad Disney quotes that are sure to make you feel like your warm fuzzy haze being sucked right out of you:

Sometimes it can feel like life can’t get any worse, but that’s the part where no one told you that it can and it will. Because who promised you that life is fair and everything you dreamed of will come true, eh? Nobody bloody did.

Promises, as they say, are easy to make but harder to keep. This truth hits you like being suckerpunched in the gut. When you thought you could trust someone to be there for you but they don’t, even after they promised never to leave you. That’s life, buddy. 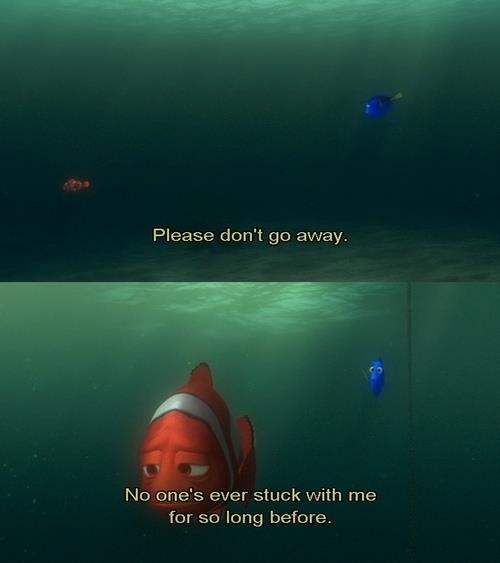 People and life has a way of surprising the hell out of you when you least expect them to. Beware though; this could turn out a good surprise or a bad one. But when it’s the former kind, I’m all for it.

4. “But if you want to leave, you can. I’ll remember you though. I remember everyone that leaves.” – Lilo, Lilo and Stitch 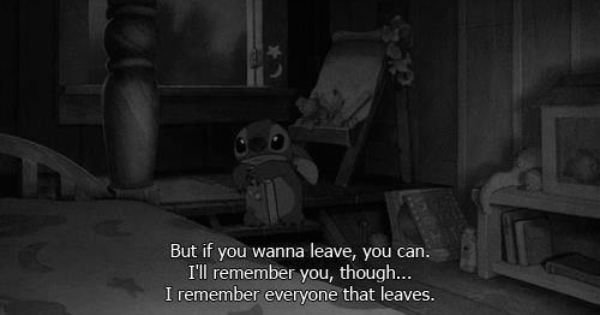 5. “Bad things happen, and you can’t do anything about it.” – Timon, The Lion King 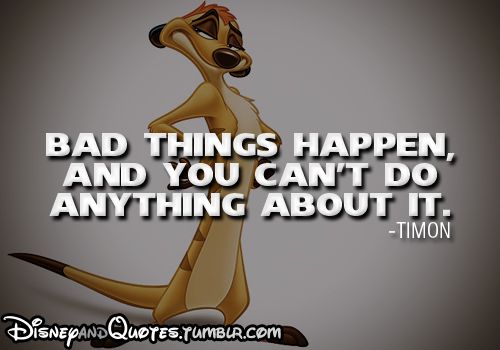 This is one of the profound yet sad Disney quotes that make you nod your head in assent, even though you want to shake it vehemently. Of course bad things will happen. Nobody is immune to them. But what makes all the difference is how you deal with it and how you manage to come out of it. That’s wha matters in the end.

Sebastian couldn’t have got it more right. We’re all a mess in our own little ways, and it’s not for lack of trying. Sometimes you just have to accept the fact that you’re a mess and deal with it. After all, nobody is perfect, right? All we can do is strive toward perfection, whatever that means! 😛

7. “Goodbye may seem forever, farewell is like the end, but in my heart is a memory and there you’ll always be.” – Widow Tweed, The Fox and The Hound

People come into our lives for a reason. Sometimes they become a part of it, and sometimes, they’re just passing through. But what remains with us are the memories we make with them. Those are all that’s left when they’re gone. It is a different kind of forever, to remain in one’s memories, don’t you think?

Suggested read: Disney princesses, not so ‘good girls’ after all

8. “The evil queens are the princesses that were never saved.” – Maleficient, Maleficient 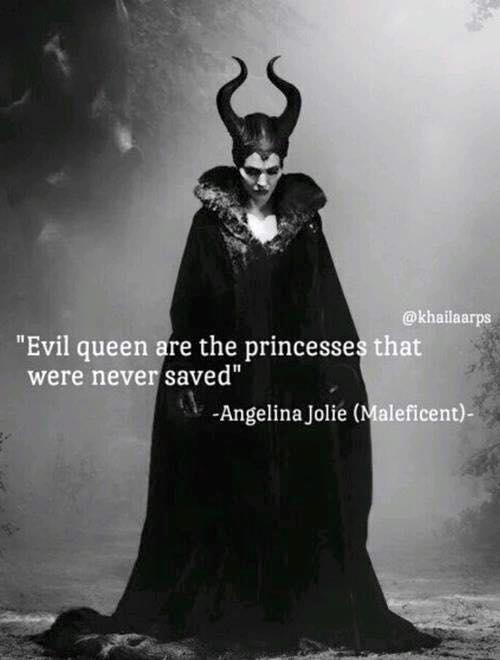 Everybody has both good and bad sides to them. It’s just the amount of each that makes one truly good or truly bad. And remember, nobody is born bad or evil. Nature and nurture have a great impact on how a person turns out when they grow up. 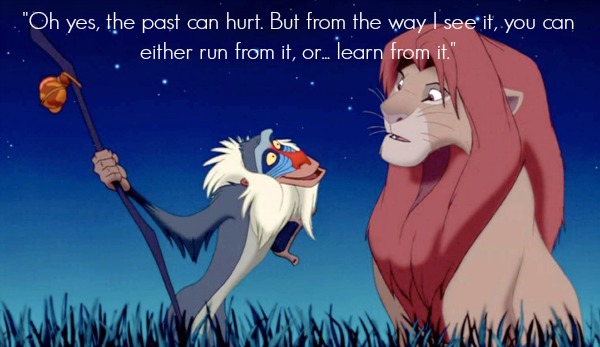 I think The Lion King packs quite a punch when you view it as an adult versus when you’re a kid. As I’m writing this article, it’s just dawning on me that this little kid’s movie has so much to teach everyone, regardless of their age. Rafiki is right, of course. The past can hurt, quite a bit actually. But how you emerge from it, stronger than ever, is what matters in the end. No use running from your past, is there.

You can love someone with all your heart, but sometimes, they won’t feel the same way. If you love someone, there’s no guarantee that they’ll love you the same way too. But it’s a risk that you’ll have to take in life, time and again. Love is a leap of faith; unless you make the leap, you won’t know how deep your faith is. 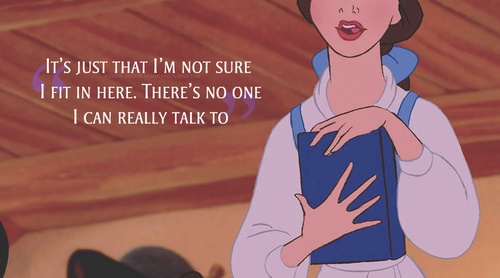 There will be times in your life when you feel like you just don’t fit in. Trust me, everyone feels that way. If somebody says they’ve never felt that way, then they’re either lying or they’re God! 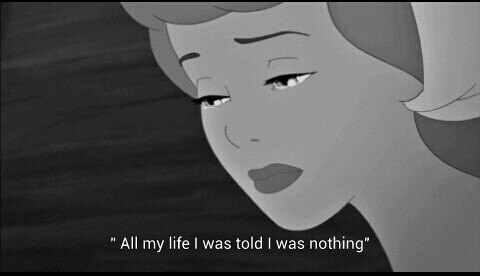 There will be people in your life, who turn up their nose at you, make you feel inferior, and condescend you like you’re green around the gills. They are able to do this to you successfully because you don’t know your own worth. The day you realize your own worth and start to believe that there’s nothing that you can’t do, that’s when your life starts to look up. 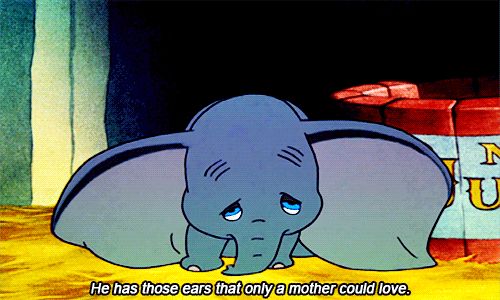 14. “Sometimes it’s better to be alone. Nobody can hurt you.” – Megara, Hercules 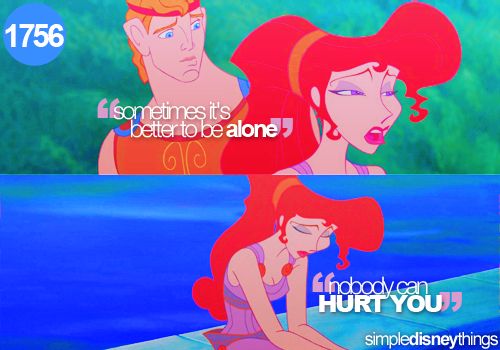 Who doesn’t fear getting hurt? It’s only natural to shield yourself from it by keeping everyone at arm’s length. But that’s a terrible way to live your life, doesn’t it? Fear making you take decisions that you’d regret later on.

15. “Don’t worry about me. Go and enjoy yourself. I’ll stay here and be miserable.” – Eeyore, Winnie the Pooh 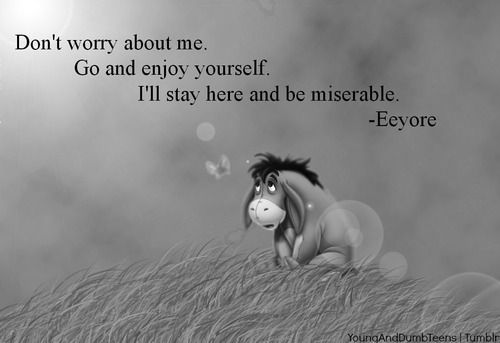 There’s a world of difference between being alone and being lonely. While the former is by choice, the latter can make you very miserable. Nobody wants to feel lonely, and if they feel that way when surrounded by people all around, then that’s just sad.

Life isn’t a bed of roses and it isn’t always rainbows and butterflies. And these sad Disney quotes remind us of that fact. But chin up, because to see the rainbow, you’ll have to endure the rain.

Article Name
15 Incredibly Sad Disney Quotes That Will Make You Teary-eyed
Author
Chaitra Ramalingegowda
Description
Disney movies always give you the warm fuzzies. But these sad Disney quotes will leave you reaching for the tissues for sure. *sniffle*