John Green is one of the most remarkable authors of our time. His books like Paper Towns, Looking For Alaska, An Abundance of Katherines, and The Fault In Our Stars will make you shed a tear with a smile on your face. He has this raw and effortless way of storytelling that will let you relate yourself to almost every character, from Hazel Grace to Margo Roth Spiegelman. It was certainly a tough job to handpick a few John Green quotes, as they all are pretty spectacular. Though, we have come up with 30 heart-wrenchingly beautiful John Green quotes that will stay with you for a long time!

1. An abundance of inspiration

If this quote can’t inspire you to leave your mark in this world, then nothing else can!

“What is the point of being alive if you don’t at least try to do something remarkable?” — An Abundance of Katherines

Suggested read: 35 aww-worthy quotes about kissing that will melt your heart!

Can anyone else describe the feeling of falling in love better than this?

“As he read, I fell in love the way you fall asleep: slowly, and then all at once.” — The Fault In Our Stars

Maybe, it’s what comes after that.

“At some point, you just pull off the band-aid, and it hurts, but then it’s over and you’re relieved.” — Looking for Alaska

We don’t lose a part of us, we become who we are.

“Grief does not change you, Hazel. It reveals you.” — The Fault In Our Stars

What is your “always?”

“Maybe okay will be our always.” — The Fault In Our Stars

No matter how small or big the situation is, we can always survive it.

“Those awful things are survivable because we are as indestructible as we believe ourselves to be.” — Looking for Alaska

7. This is how we fall in love sometimes 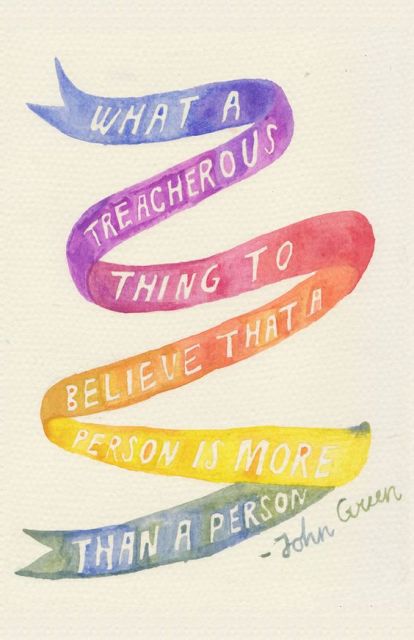 “What a treacherous thing to believe that a person is more than a person.” — Paper Towns

8. Get a better mirror

And reveal who you are. In your truest form.

“I’m starting to realize that people lack good mirrors. It’s so hard for anyone to show us how we look, and so hard for us to show anyone how we feel.” — Paper Towns

9. Thoughtfulness at its best

Read this one a few times and you will realize it is more than just a quote – it’s a lesson.

10. Sometimes the most beautiful things are broken

And there is nothing wrong with it, as we all are irreparably broken.

“We need never be hopeless because we can never be irreparably broken.” —Looking for Alaska

11. Inspiration for your next tattoo

Because only John Green can come up with such a flawless metaphor!

“My thoughts are stars I cannot fathom into constellations.” — The Fault In Our Stars

I need some ice cream and tissues!

“You don’t get to choose if you get hurt in this world… but you do have some say in who hurts you. I like my choices.” ― The Fault In Our Stars

Sometimes, it can be the hardest thing to do.

“The only way out of the labyrinth of suffering is to forgive.” ― Looking For Alaska

14. The moment before the moment

The ingredients of a perfect kiss.

“He wanted to draw out the moment before the moment—because as good as kissing feels, nothing feels as good as the anticipation of it.” — An Abundance of Katherines

15. There are things you can’t outrun

And pain is certainly one of them. 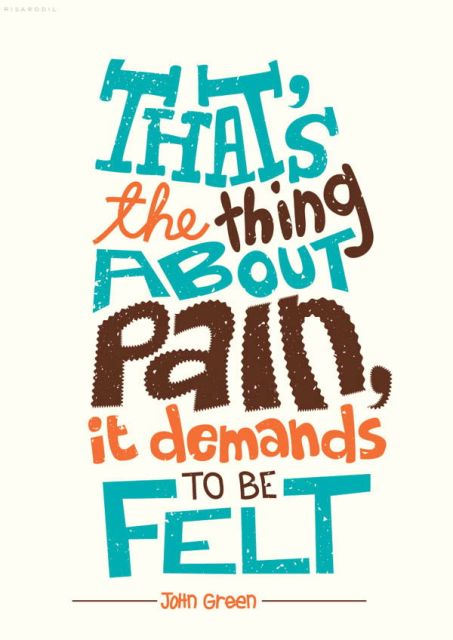 “That’s the thing about pain, it demands to be felt.” — The Fault In Our Stars

Maybe, Thomas Edison was the only one who was able to unravel this mystery.

“Thomas Edison’s last words were “It’s very beautiful over there”. I don’t know where there is, but I believe it’s somewhere, and I hope it’s beautiful.” ― Looking for Alaska

17. That thing beyond love!

If there is anything more powerful than love, then it is the feeling of missing someone. 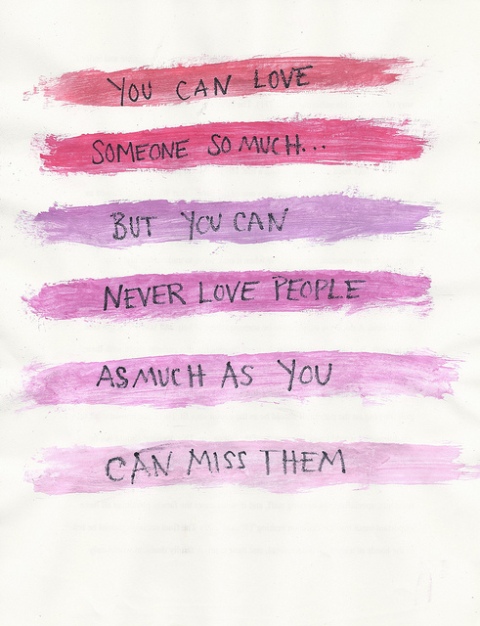 “You can love someone so much… But you can never love someone as much as you miss them.” — An Abundance of Katherines

There is a reason why she is considered as one of the best characters written by John Green.

“That’s always seemed so ridiculous to me, that people want to be around someone because they’re pretty. It’s like picking your breakfast cereals based on color instead of taste.” — Paper Towns

“The marks humans leave are too often scars.” — The Fault In Our Stars

20. We all have felt this at least once in our lives

And with this quote, you can relive it all over again! 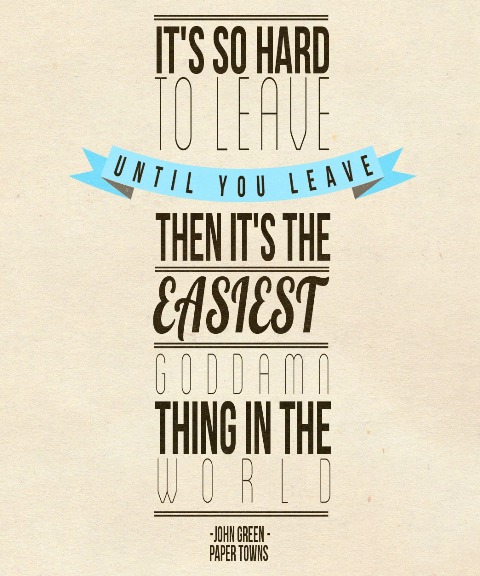 “It is so hard to leave—until you leave. And then it is the easiest goddamned thing in the world.” — Paper Towns

Rain. Drizzle. Hurricane. Only John Green can compare a girl with a hurricane and still make it so poetic.

“So I walked back to my room and collapsed on the bottom bunk, thinking that if people were rain, I was drizzle and she was a hurricane.” ― Looking for Alaska

We all have experienced this at least once in our life.

“The world is not a wish-granting factory.” ― The Fault In Our Stars

Because there is nothing more tragically beautiful in this world than death.

“What is an “instant” death anyway? How long is an instant? Is it one second? Ten? The pain of those seconds must have been awful as her heart burst and her lungs collapsed and there was no air and no blood to her brain and only raw panic. What the hell is instant? Nothing is instant. Instant rice takes five minutes, instant pudding an hour. I doubt that an instant of blinding pain feels particularly instantaneous.”  ― Looking for Alaska

24. The entire book in a single quote

Yes, this is the gist of the whole book. Still get goosebumps every time I read it. 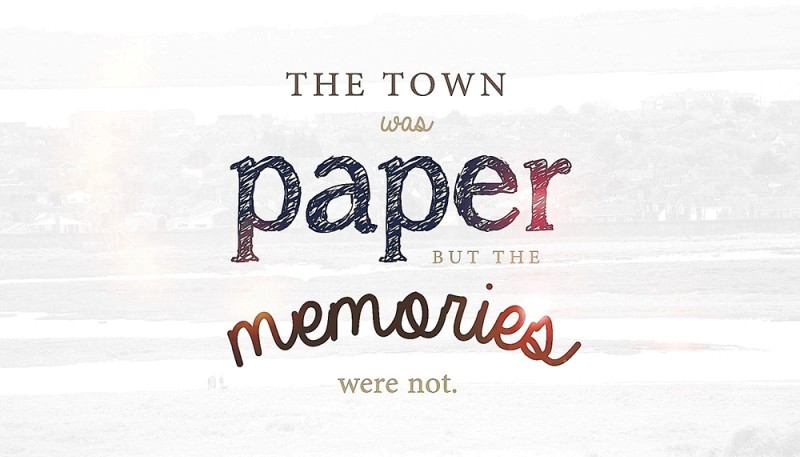 “The town was paper, but the memories were not.” ― Paper Towns

Maybe, the next significant event in your life is the universe’s way of making its presence count.

“I believe the universe wants to be noticed. I think the universe is improbably biased toward the consciousness, that it rewards intelligence in part because the universe enjoys its elegance being observed. And who am I, living in the middle of history, to tell the universe that it-or my observation of it-is temporary?” ― The Fault In Our Stars

26. For all the music lovers

Because we not only breathe or feed on music. We live it!

Only you can make a difference in your world. 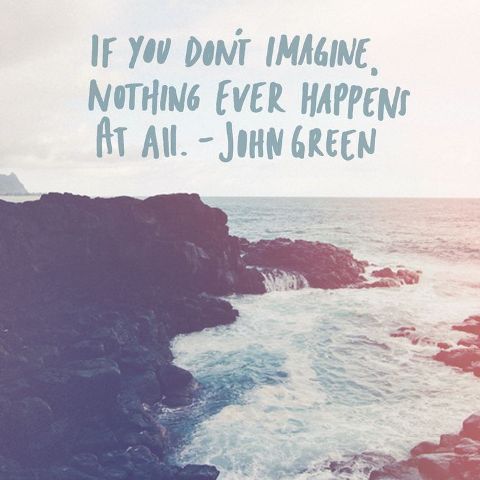 “If you don’t imagine, nothing ever happens at all.” ― Paper Towns

29. That “Paper Town” quote no one really talks about

I was blown away the moment I read these lines. Probably the most underrated John Green quotes, and certainly the most thought-provoking one.

Suggested read: 20 secret love quotes about unexpressed love that will touch your heart

So you thought I would miss the quote that makes me cry every time I read it? No. This is the reason why I love John Green so much. Mathematics was always about numbers to me until I read this book. 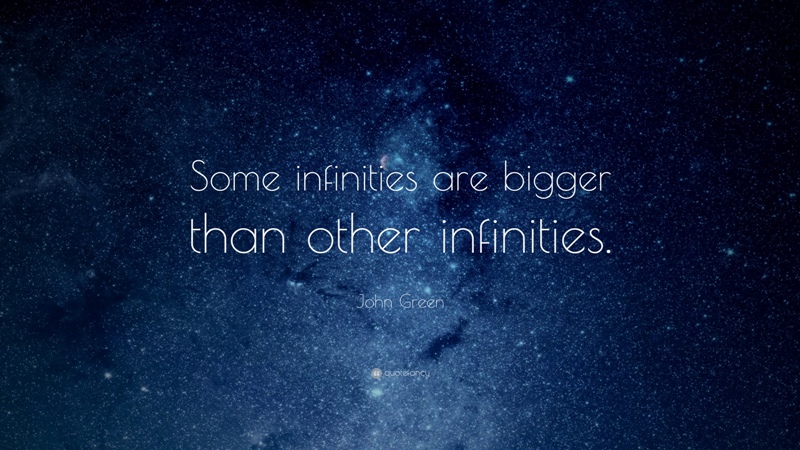 “There are infinite numbers between 0 and 1. There’s .1 and .12 and .112 and an infinite collection of others. Of course, there is a bigger infinite set of numbers between 0 and 2, or between 0 and a million. Some infinities are bigger than other infinities. A writer we used to like taught us that. There are days, many of them, when I resent the size of my unbounded set. I want more numbers than I’m likely to get, and God, I want more numbers for Augustus Waters than he got. But, Gus, my love, I cannot tell you how thankful I am for our little infinity. I wouldn’t trade it for the world. You gave me a forever within the numbered days, and I’m grateful.” ― The Fault In Our Stars

It was certainly a roller coaster ride that only got up (Augustus Walters reference :D). Let us know if we missed anything in the comments below.

Pick some of your favorite John Green quotes and implement them in your life, rather than putting them as a status update. These are not just quotes. These are some valuable life lessons that can inspire you to bring a change. Start from within.