5 relationship lessons from the Game of Thrones series

Well, a good pet name can change your life! In the case of Khal Drogo and Daenerys Targaryen, their marriage was not at all a rosy affair. When Daenyrs was married off to the Dothraki warrior by her ‘not so brotherly’ brother, well, calling it a weird marriage would definitely be an understatement, as they never spoke the same language, the bride was treated like any material possession, and she was just thirteen at the time!

But jump ahead to when Drogo and Dany actually got to know each other and somehow became one of the sweetest, most loving couples on the show. No doubt this transformation was not abrupt. Dany had to eat a horse’s heart to show her love and dedication for Drogo, and Drogo had to dump a pot of molten gold on his freakish brother-in-law. But what really made this relationship beautiful were the heart-warming pet names they gave to each other, “Moon of my life”? “My sun and stars”? Wow, these are some terms of endearment we must say!

We see that no one can separate the people who are destined to stay together. That’s chemistry! Robb Stark and Talisa Maegyr were never supposed to fall for each other. He was the King in the North and was supposed to marry one of the wealthier daughters of Walder Frey, who would help him fulfill his dream of gaining a kingdom; she was a healer with a heart of gold. Mind us, it’s not some mushy rom-com, but a series for the brave-hearted, Game of Thrones.

Robb, rather than marrying the daughter of an ally, which would have easily been the most politically correct thing to do, given the fact that his aim was to gain the kingdom, follows his heart and marries Talisa. This is a very brave step to take if you are a royal figure vying for an empire, but as they say, love conquers all, so be it. Although the fact that Walder Frey exacts his revenge on Robb and Talisa for spurning one of his many daughters at the Red Wedding puts a bit of a dampener on their romance, he followed his heart. That’s what counts in the end – at least in the real world!

3. Help can come from unexpected sources

If we look at the pair of Sansa and the infamous Hound, we would find that they are not the conventional romantic couple, but their relationship is one of the most compelling and intriguing on the show. The gruesome warrior, is melted chocolate inside a rock hard shell when it comes to dealing with Sansa, and tends to protect her vehemently from every disaster, be it the various malicious schemes of Joffrey or during the bloodthirsty riot.

It shows that a relationship is much more than merely saying ‘I love you’ to each other. A relationship stands for a fierce lifelong commitment, and does not require superficial displays of affection.

4. Intuition is not to be ignored

Listen to your intuition, especially if it advises you to be wary of someone because more often than not, intuitions are freakishly correct in such matters. Take the case of the unfortunate and unwitting damsel, Sansa, who merely wanted a taste of royalty by becoming a princess, but she lost her heart to the malicious, spiteful and cruel Joffrey, who used and abused her.

Sansa had a chance to ditch him like a bad habit early on when he lied about his confrontation with Arya and her companion by the river. Instead, Sansa, like a passionate fool in love, took his side and got her dire wolf killed in the process. Had Sansa been more cautious and paid heed to her gut feeling, she would have saved herself from getting beaten up by his goons, and her father wouldn’t have been beheaded. We can’t help but feel sorry for her.

5. Compromise is a big part of any relationship

Compromise, though sounds like losing ground, is an important part of any relationship. One should get rid of his/her ego and pay heed to the concerns of the other person. When Eddard was offered the prestigious position of Hand to the King, he took the job willingly, despite the fact that his wife was against it because the royal court was filled with murderers with evil designs, who would most likely kill him.

Her worries seemed trivial and troublesome to him at that point in time. It is not certain that everything would have been perfect and rosy had Eddard paid heed to his wife’s advice, but he would have certainly not ended up as a headless carcass.

So, we can see that the Game of Thrones offers some crucial relationship lessons, which could go a long way in making your relationship a permanently blissful affair built on the strong foundations of trust and faith. If you wish to take your beloved on a romantic dinner and prepare cheesy notes for him, then Game of Thrones is not the right place to take suggestions from. There are magazines and dating columns for that. But if you are looking for a rock solid relationship and tips for dealing with misunderstandings, then the Game of Thrones provides ample ideas in that regard. 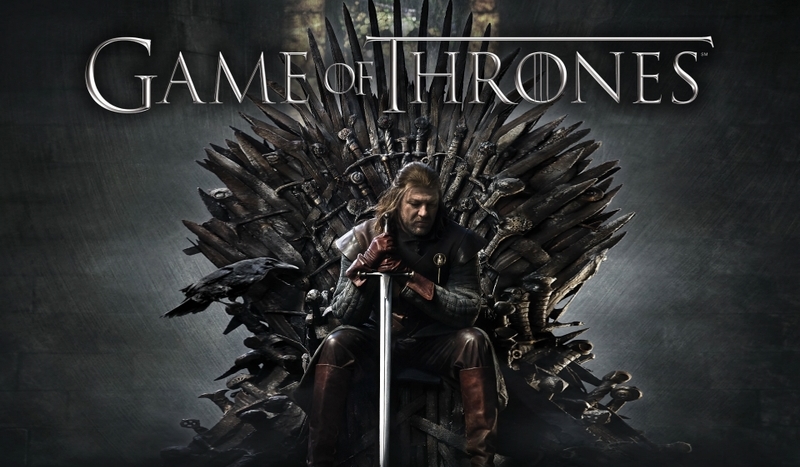