#50BooksInAYear The Museum Of Innocence By Orhan Pamuk

A novel by Orhan Pamuk, The Museum of Innocence has become my favorite love story after Anna Karenina and The Bridges Of Madison County. Set in Istanbul between 1975 and 1984, this is the tale of a love between Kemal, a wealthy businessman, and Füsun, a poorer distant relative of his. The story talks about the star-crossed love story of Füsun and Kemal who is about to tie the knot with Sibel.

In today’s post, read the best quotes from The Museum Of Innocence, to get a glimpse of the artistry that is Pamuk.

“In fact no one recognizes the happiest moment of their lives as they are living it. It may well be that, in a moment of joy, one might sincerely believe that they are living that golden instant “now,” even having lived such a moment before, but whatever they say, in one part of their hearts they still believe in the certainty of a happier moment to come. Because how could anyone, and particularly anyone who is still young, carry on with the belief that everything could only get worse: If a person is happy enough to think he has reached the happiest moment of his life, he will be hopeful enough to believe his future will be just as beautiful, more so.”

“Any intelligent person knows that life is a beautiful thing and that the purpose of life is to be happy,” said my father as he watched the three beauties. “But it seems only idiots are ever happy. How can we explain this?”

“People only tell lies when there is something they are terribly frightened of losing.”

“When we lose people we love, we should never disturb their souls, whether living or dead. Instead. we should find consolation in an object that reminds you of them, something…I don’t know…even an earring”

“When two people love each other as we do, no one can come between them, no one,” I said, amazed at the words I was uttering without preparation. “Lovers like us, because they know that nothing can destroy their love, even on the worst days, even when they are heedlessly hurting each other in the cruelest, most deceitful ways, still carry in their hearts a consolation that never abandons them.”

“What is love?”
“I don’t know.”
“Love is the name given to the bond Kemal feels with Füsun whenever they travel along highways or sidewalks; visit houses, gardens, or rooms; or whenever he watches her sitting in tea gardens and restaurants, and at dinner tables.”
“Hmmm … that’s a lovely answer,~ But isn’t love what you feel when you can’t see me?”
“Under those circumstances, it becomes a terrible obsession, an illness.”

“Time had not faded my memories (as I had prayed to God it might), nor had it healed my wounds as it is said always to do. I began each day with the hope that the next day would be better, my recollections a little less pointed, but I would awake to the same pain, as if a black lamp were burning eternally inside me, radiating darkness.”

“With the death of my father, it wasn’t just the objects of everyday life that had changed; even the most ordinary street scenes had become irreplaceable mementos of a lost world whose every detail figured in the meaning of the whole.”

“With the engine stalled, we would notice the deep silence reigning in the park around us, in the summer villa before us, in the world everywhere. We would listen enchanted to the whirring of an insect beginning vernal flight before the onset of spring, and we would know what a wondrous thing it was to be alive in a park on a spring day in Istanbul.”

“In ‘Physics’ Aristotle makes a distinction between time and the single moments he describes as the ‘present’. Single moments are—like Aristotle’s atoms — indivisible, unbreakable things. But Time is the line that links these indivisible moments. Though Tarık Bey asked us to forget Time — that line connecting one present moment to the next — no one except for idiots and amnesiacs can succeed in forgetting it altogether. A person can only try to be happy and forget Time, and this we all do.”

“To readers and museum visitors who are curious to know whether the pain I endured that day was owing to the death of my father or to Füsun’s absence, I would like to say that the pain of love is indivisible. The pains of true love reside at the heart of our existence; they catch hold of our most vulnerable point, rooting themselves deeper than the root of any other pain, and branching to every part of our bodies and our lives….The anguish of love had disciplined me—brought me to maturity—but in ruling my mind, it gave me scant latitude to use the reason that maturity had brought me. A man like me, too long captive to a destructive passion, will continue on the course his reason tells him is wrong, even if he knows it will bring him to sorrow; in time, he’ll see only more and more clearly how wrong was his path. In such situations there is an interesting phenomenon rarely remarked upon: Even on our worst days, our reason does not stop speaking to us; even if unequal to the power of our passion, it continues to whisper with merciless candor that our actions will serve no purpose but to heighten our love, and therefore our pain.”

“This is the greatest consolation in life. In poetically well-built museums, formed from the heart’s compulsions, we are consoled not by finding in them old objects that we love, but by losing all sense of Time.”

“It’s not so simple. Many girls suffer terribly, being unable to make up their minds. Or else they give in to desire but are too afraid to take any pleasure from it…. I don’t even know if there is any girl out there who can enjoy it for what it is and damn the consequences. And Mehmet, if he hadn’t listened to all those stories of sexual freedom in Europe with his mouth watering, he might not have got it into his head that he had to have sex with a girl before marrying her, just to be modern or civilized; he’d probably have been able to make a happy marriage with a decent girl who loved him. Now look at him, squirming in that chair next to Nurcihan.”

That is all we have on today’s post on The Museum Of Innocence by Orhan Pamuk. Did you like what you just read? Let us know in the comment section below. 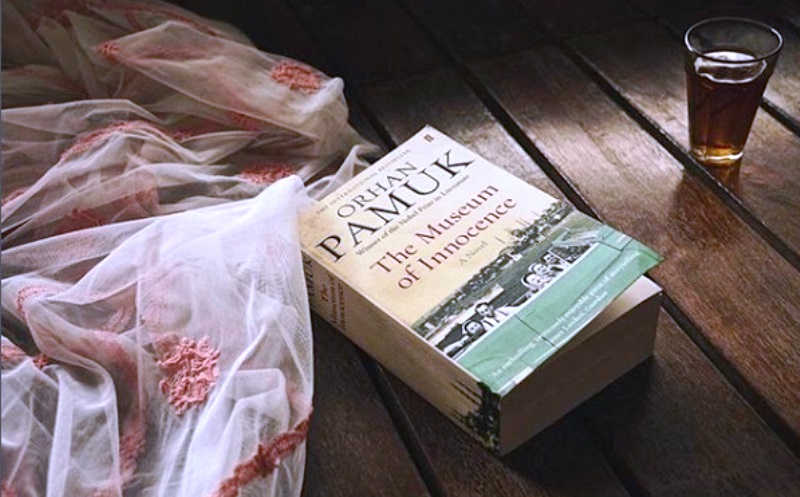