8 Things I Do On Saturday That I Regret On Sunday

Sunday morning isn’t exactly ‘chill’ if you in your 20s. You may end up in your bed with a throbbing hangover if you are lucky, with someone if you are luckier. Worse, you might end up on someone’s couch, with a pool of vomit and an unexplained bra for company. Even worse, you may wake up in jail..

Wonder how? Here are just a few things I sell off my Saturdays to, in return for a hefty price of aching regrets the morning-after. Yeah, maybe that too and of course, Sunday…

It’s always that one last beer that you don’t think will make a difference to your already impaired state of mind. It’s always the last one. You keep telling yourself that it is, and then some friend will tell you how you are a pussy for not being able to drink at least 8 beers. Your male ego is inflated and you order a tower.

2. Realizing you are broke because you bought a tower of beer and finished with innumerable whiskies…

You told yourself that you would not over order – not like last time at least.

But here you are, sitting here thinking of how the music’s too loud and how the vocalist looks exactly like your ex (except that she doesn’t) and how she was perfect for you and you thought that she deserved someone better. Except that the self deprecation only results in more alcohol and at the bottom of the tower lies the answer to your self pity – some whisky. And since you just got reimbursed at the office – you think you have more money. As a result, you order the single malt and you wake up certain that you have to take the bus to office for the next week. Congratulations!!

All the diets and gym workouts go down the drain as you order food after you are drunk. Nothing is cheesy enough or fried enough. When you wake up in the morning and spend an hour in the bathroom, you know that you have slid down the glutton hole already. Now it is time to FLUSH, cry in silence and walk toward the salad that waits on the counter.

If you have ever been lucky/unlucky enough to have an ex, you know how this feels. You wake up to see her name on the last dialed list, where you seem to have spoken to her for a long time, but remember nothing of the conversation. You can’t gather up the courage to ask her what you said-but your friend reveals that you had called her up and bawled your eyes out. Now she is calling you in the morning. To answer or not to answer…is the unanswerable question! Hamlet-ed!

You wake up with someone you have never seen. She has all her clothes strewn on the floor, and she is still sleeping. This is her house, and you walk into the kitchen thinking it is the bathroom. After you’re done shamefully looking at yourself at the mirror, you come out to see that she is asking you to leave. Now you have to travel 3 kms with a hangover. On the way back you think she looked better when you were drunk..

6. Realizing you didn’t have a condom on you…

Your train of thought is waging war with your hangover, so you decide to pop a pill. Just as you open your wallet, you realize that you never had a condom to begin with. Now your whole future depends on whether she did and THAT isn’t a very nice place to be in…

7. You also conclude drunk sex is the absolute WORST…

You get home and realize how drunk sex hurts- even after it is over. You sit down on your couch and know that you have been putting your body into positions that it was never designed for. You stand up and you realize you can’t go to office with that limp that makes walking a tad bit bearable. Then sinks in the terrible realization that drunk sex takes a serious toll on your body. And then you regret going to that bar in the first place. A shower throws in surprise bruises. Or is it that surprising?

8. And now remember all about the presentation on Monday, while grappling with a terrible headache and a throbbing groin…

Your head’s splitting, your stomach is lined with alcohol and the dehydration won’t go away. Congrats on getting through another weekend. Now the boss is calling (he has some antennae, you think) because he wants to know the progress on the presentation you are supposed to make on Monday.

And that another weekend of self destruction. But even as you resolve NEVER to make these mistakes again, you know in your heart-of-hearts that the next weekend will be the the same! 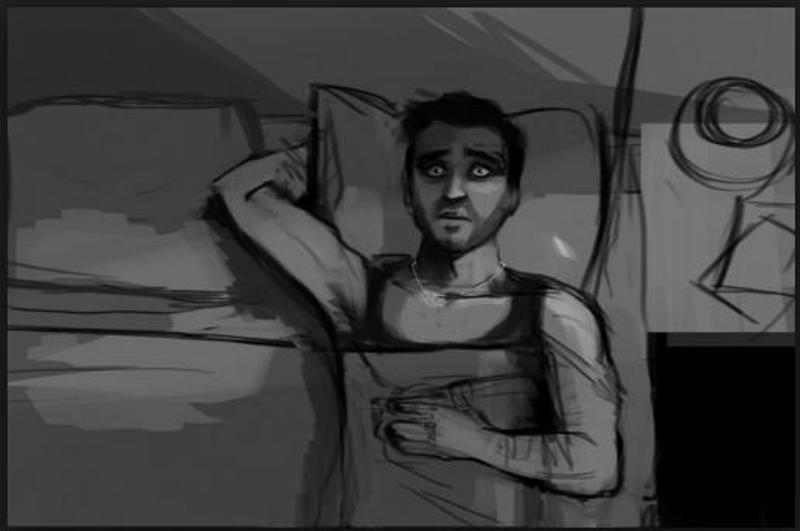 Article Name
8 Things I Do On Saturday That I Regret On Sunday
Author
Debroop Basu
Description
Because a Sunday morning isn't bright for a 20-something!