A Long, Hard Look At The 9 Fighting Styles Of Couples And How Many (Don’t) Work

We all fight with our loved ones. From those mind-games to the silent stares, we express our anger or hurt in different ways. Yes, there are times when we become over-expressive, but too often, we simply let go of an argument because we are too lazy to discuss things. Since we all love differently, we even fight and share our disappointments in our own unique way.

Sometimes, we want to have an upper hand in our relationship while there are times when we are ready to give up everything we have for our significant other. Nevertheless, it is all about realizing that there is no fight in this world that can be as significant as our love for our partner. Believe it or not, every couple has a peculiar fighting routine. Chances are that the two of you depict either one of these fighting styles as well. Every style has its own pros and cons. There is definitely no harm in fighting with your partner, but if it is getting persistent, you should definitely make an effort to make things better. By changing the way you argue, you might solve most of the problems in your relationship. Try to identify which fighting style is yours and take a step up to come up with a solution.

Suggested read: 7 biggest relationship fears people have and how to deal with them

This is one of the most common ways of going through a fight. Too often, we don’t say anything and let our partner speak their heart out. We do it only to calm the situation and not trigger our partner with our words. While this might work at times, it would cause more damage to your relationship than good.

You don’t channel your emotions and will expect your partner to understand your silence. Gradually, it will cause a lack of balance in your relationship. Your silence would only boost your partner and they might become abusive as well. Additionally, they might start assuming that you have no interest in your relationship. They would read your silence with their own perspective and would start taking you for granted.

Most significantly, it might cause some serious damage to your self-esteem as well. You would keep everything within and won’t define your feelings. This might cause suppressed anger and can further root some serious issues in your life as well. Instead of simply staying silent, try to be polite and let your partner know your side of the story.

There are plenty of relationships that depict this hostile behavior. It has been observed by psychologists that in a persisting fight, there is always a bully and a victim. Though, this equation can never work in a relationship, as it is supposed to be a game of equals. You can neither be the victim nor the bully. It doesn’t matter even if you have committed something wrong, your partner can’t bully you in any way.

If the two of you always fight this way, then you should definitely bring a change in your life. Either talk to each other or take some professional help, as it is extremely catastrophic, not only for your relationship, but also for your individuality.

3. The “right and wrong” rationalization

This is one of the most pragmatic ways to fight. After spending a substantial amount of time with your partner, you start seeing everything in black and white and won’t let your emotions hinder your fight. Instead, you approach it with a reason and state every argument by providing a factual piece of evidence behind it. Though, it is a healthy practice, but not everything in this world can be painted in black and white. Relationships are supposed to make you emotional. It is okay to let your feelings cloud your judgment at times. After all, it is a good thing to see the best in your partner and give them the benefit of the doubt every now and then.

4. The “let’s avoid this fight” couple

The moment you realize an argument can turn into a big fight, you avoid it altogether. Yes, I get it! For you, the relationship matters more than a stupid argument, but at the same time, you can’t just let it slip away. It is okay to avoid it at times, but you should not completely forget about that issue as well. Try to have a fruitful discussion with your partner at the right time. You can’t run away from an issue your whole life. Sooner or later, you need to face it and come up with a solution.

Suggested read: This is how you STAY together, after that BIG fight!

You might be thinking that this is the most hostile way of fighting. Well, it’s not. Of course, you should never abuse your partner, or get abused by them as well. There are certain names that should never be called, but if you are simply teasing your partner to spice things up and lead that argument into something as steamy as a make-up sex, then it’s acceptable at times (as long as you don’t cross the line). Of course, you can’t do it all the time. If you or your partner crosses the line way too often, then you got to fix things up. Name-calling is never the right way to reach a solution.

There are plenty of couples who simply fight for a few minutes and then get over it by burying the hatchet. And then, there are the kinds of couples who are the kings and queens of the passive-aggressive-land. They will never let you realize how pissed they are. Instead, they would wait for the right time. Everything that you have done in your past will come back to you unalarmed.

Passive-aggressive behavior can never let you have a strong relationship. Your partner might start doubting your intentions and can lose their trust on you as well. Your entire relationship would become a series of calculated moves. Before saying or doing anything, your partner would think of all the future consequences. If you are pissed at your partner, have a conversation with them. Don’t just wait for them to commit the same mistake again.

It is one of the most commonly depicted fighting styles related to conflict-avoidance. You know you don’t have the will or the power to argue with your partner anymore and it could be your way of simply avoiding the blame-game. But at the same time, you can’t even lose them either.

Instead of letting your partner know their shortcomings, you simply give up and take the blame without realizing the consequences. This will not only encourage your partner, but it might cause some serious damage to your confidence as well. You would start looking at your flaws and might become a silent victim. The next time, even after committing a disastrous mistake, your partner would simply put the blame on you and might get away with it.

This is just the reverse of the self-blame routine. Instead of focusing on your flaws, you always try to make your partner believe that it is their mistake. You should understand that it is not about finding flaws in your partner. No one is perfect in this world and chances are that you might be having plenty of flaws as well. If you think your partner has a serious addiction, which causes most of the fights, then you should definitely ask them to change. Besides that, instead of trying to change your partner, you should accept them as they are.

Don’t focus on the “you need to change” part. Try to come up with a mutual solution and have a “let’s change things together” perspective towards it. You can’t just blame your partner for everything and ask for a constant validation. You should rather meet them halfway.

9. The “let’s grow together” discussions 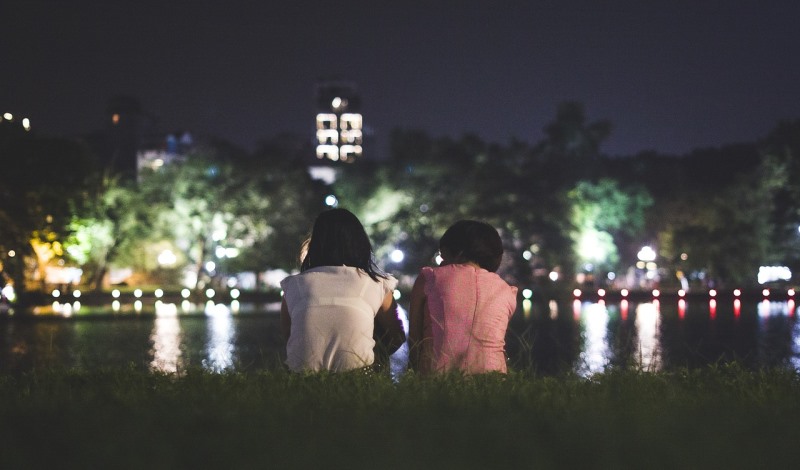 If you and your partner are one of those couples who are able to find a perfect bliss in their relationship, then consider yourself quite fortunate. Not everyone is able to have this kind of balance in their life. You know you can’t look for your partner’s mistakes or avoid a fight by coming up with an irrelevant excuse. Instead, you always try to have a fruitful discussion in order to overcome a solution.

Suggested read: Why you will never get closure…

You know that change is one of the most inevitable things in this world. Instead of simply changing your partner, you would like to grow with them. The two of you have a constructive approach and always take turns while having an argument. You rather discuss your issues and try to reach a conclusion instead of fighting for hours or calling each other hurtful names. If you don’t fight this way, then try to bring a positive change in your relationship and learn to respect your partner as an equal individual.

There are different kinds of fighting styles. While some of them don’t always result in a productive relationship, there are also a few of them that can help you attain a perfect balance in your life. No matter how you fight with your partner, always try to ask yourself – “is the fight more important than my relationship?” and you will certainly get your answer. If you are having a communication gap, try to talk to your partner and sort things out. Now when you know about different styles of fighting, which one do you think the two of you follow? Let us know in the comments.

Article Name
9 Fighting Styles Of Couples And How Many (Don't) Work
Author
Bhavya Kaushik
Description
It is no revelation that couples fight but their fighting styles could be a major determinant of their relationship quality!