14 Things You Must Remember To Fight Clean In Your Relationship

No one really enjoys fighting in relationships with their significant other. It is that awful part of a relationship we all try to avoid. Though, it doesn’t matter how much we try to surpass it, there is no couple in this world who can truly avoid a fight. What matters the most is not how frequently you fight, but how fast you two are able to reach a conclusion and get past an irrelevant argument.

You can’t put an end to an argument without fighting clean. We become quite angry or hyper while fighting and often lose our cool. We forget to fight clean and the heat of moment lets us say or do the most regretful things. Gradually, we shift from the reason of the argument to the way we have reacted. No one likes to be called a bad name or deserves to be taken for granted. When you are fighting in relationships, make sure that you remember these things to fight clean and fair.

All of us have a weak point. If you know there is something that your partner doesn’t like, you should try to avoid it altogether. After being with your partner for a while, you will get to know about the stuff they like and what are those little things that trigger their anger. By focusing on those small things, you can avoid the occurrence of an unnecessary fight and strike for a healthy and fruitful relationship.

If you would keep having a tally or a score of the times you fought or who had the last word, then you will never have a healthy relationship. Fighting with your significant other is not a game. Try to be more pragmatic about it and avoid all those mind-games.

There is nothing wrong with compromising a little and letting your partner know how much they mean to you. Don’t keep a score of the times they did something wrong or how you had to bend for them. Make them realize it with your actions rather than your words.

Sometimes, our words can cause an irrevocable damage to our relationship. If you want to make sure that you have a fair and healthy fight, then avoid calling each other by any foul name. You might end up hurting your partner and if gone unnoticed, it might become a habit.

You would always try to have an upper hand in the relationship by any means. You won’t be afraid to call them a bad name in order to win the argument. Not just that, it can cause some severe trust issues in your relationship. Your partner might end up losing their sense of self-esteem and can become fragile. If they are strong, they might end up leaving you as well.

There are a few lines in every relationship that should never be crossed. Even when you are fighting with your partner, you must know where to stop. There is just a fine line between love and hate and if you would keep pushing your partner, they might step into the other side.

Gradually, your relationship will become a battleground and the two of you would keep looking for each other’s mistakes. Needless to say, this would end badly and you might become rivals in reality.

It is a common misconception that sex can undo any damage that you might have done to your relationship during a recent fight. Yes, sex can certainly distract your partner, but it can’t heal their soul. You can use sex to distract them or get away from an argument, but you can’t use it forever.

Sooner or later, you need to face the reality and accept your flaws. Have a fruitful conversation with your partner to make sure you are able to reach a conclusion, instead of letting sex take away the heat of the moment.

If you are pissed at your partner, don’t involve their family or friends. No matter how bad your fight is, try to keep it between the two of you. You are not supposed to call their friends or family and complain about them. Just don’t do it! It will make the situation a whole lot worse.

Having said that, if your partner is abusive, then don’t hold back. Come up with a plan of action and don’t be a victim of any kind of abuse.

7. Don’t dig a past mistake

If you want to fight clean, make your arguments relevant. You can’t include what happened last year and dig something wrong that your partner must have done in the past to reach a conclusion.

Are you the same person you were last year? We all change with every passing day and you can’t judge your partner on the basis of their past mistakes.

8. Is it really worth fighting for?

Sooner or later, you need to ask this to yourself. Is winning that fight really more important to you than your relationship? Are you ready to give away a whole person just to boost your ego?

Sometimes, we need to lose a few battles in order to win the war. There is no harm in making a few compromises, as long as you know that it would be worth it. If you know your partner loves you, then you should definitely not think of anything else except their happiness.

Too often, we fight on some real sensitive issues with our partner. If you think you have had a really bad fight, then simply sleep on it. When you wake up the next morning, don’t let what happened the previous day to affect the entire course of your relationship. Yes, you should always talk about that to your partner, but in a subtle way.

Look for the right opportunity and convey your notion in a thoughtful manner. Don’t take the assistance of silence in order to avoid an awkward situation. If you can’t apologize to your partner, then don’t. But you can’t let your silence ruin your healthy relationship as well.

10. Avoid falling into a pattern

This is one of the basic rules of fighting with your significant other. If you would keep falling into the same pattern, then you certainly won’t be able to reach a conclusion. Every time you fight with your partner, try to consider the cause. If there is one specific thing that is causing all those fights, then make an effort to rectify it.

11. Raise your wit, not your voice

Raising your voice in an argument will never lead you anywhere. You can’t fight clean by making your partner feel they are wrong. No, it is just not the right way to express your thoughts. Give them a valid reason or come up with the kind of pragmatic explanation that would make them understand your side of the story. You won’t get any points to raise your voice. It will only fuel your anger and might even cause a negative effect on your health.

No matter how you express your opinion, never ever be abusive in a relationship. If you think you are going through some issues or that there is a past event which is triggering your actions, try to talk to your partner. You can also visit a therapist or enroll yourself in one of those anger management sessions to make sure you fight clean and attain a healthy relationship.

When we fight, we always focus on expressing what’s going on in our mind. Try to give it a break and listen to your partner for a second. Chances are that they might come up with a reasonable explanation. If you think you don’t agree with them, express your opinion after listening to what they need to say. Don’t distract them and let them know how much you value their words. This will help you attain a perfect balance, even in the midst of those dreadful fights. 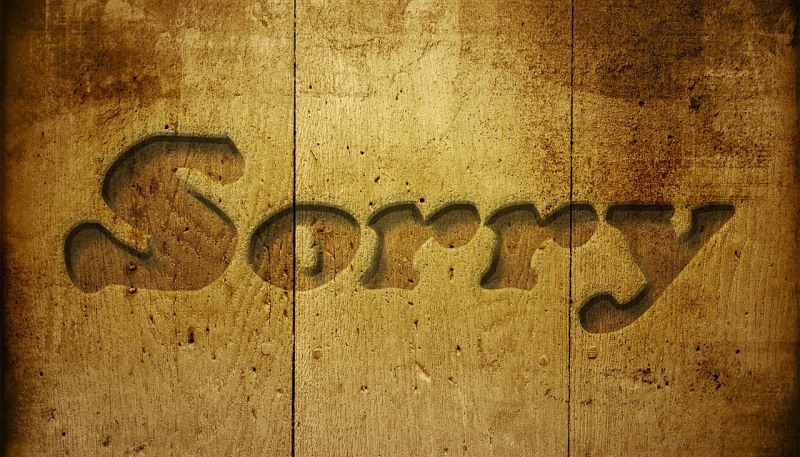 Never underestimate the power of an apology. If you think you have made a bad choice or have said something wrong, start by letting your partner know how apologetic you feel. Always be sincere when you are apologizing to your partner and mean each and every word of it. A lot of fights can be avoided by saying a simple “sorry”.

You should always know what are the things that are worthy of risking your relationship before picking up a fight. If a simple apology or a small change of behavior can avoid a bad fight, then there is no harm in walking an extra mile for your partner. When fighting in relationships, make sure that you fight clean and that after every fight, the two of you are able to come out being stronger than ever. Winning a fight can never be more important that winning your partner’s heart. Focus on what really matters and make some right choices. Always choose your partner over an irrelevant win. They are so damn worth it!

Article Name
14 Things You Must Remember When Fighting In Relationships
Author
Bhavya Kaushik
Description
Nobody wants to pick a fight but fighting in relationships is inevitable, and when it does, keep it clean - I mean, fight clean!