Rejection is one of the most unavoidable parts of our life. I’d be lying if I said that I haven’t been rejected by others. There are different kinds of rejections in this world. Though, we can always overcome the pain of rejection related to work by coming out of it with a stronger outlook; it is the pain of rejection by a loved one that often takes us off-guard. It takes guts to put yourself out there and bear your heart and soul out to someone else. When it doesn’t go as per our expectations, we often get hurt beyond our comprehension.

Rejection hurts. Almost all of us out there have been rejected by someone in our lives. It has been noted that the feeling of getting rejected it of utmost importance. It makes us strive for excellence and help us redefine ourselves. Nevertheless, too often, people are not able to come out of it. It can destroy our sense of self-esteem and we might stop taking risks. We don’t really talk about the pain of rejection so openly in our society, even when it is one of the most common triggers of self-destruction.

Suggested read: The step-by-step guide to getting over rejection

It is high-time when we should communicate with each other about it and understand why rejection hurts so much. Getting over a rejection can take a lot of time. If you are going through a similar phase, you should start by acknowledging where you stand and how you can make things better. We have come up with some real reasons to explain why rejection can hurt so badly at times.

1. It is never an anticipated outcome

When we take a chance on love, we never expect to be rejected. We always look for the silver lining and the expectation of a positive outcome inspires us to do the impossible. Sadly, when things don’t go the anticipated way, we go into denial. The mere thought of being rejected comes as a surprise to us.

It has been observed that we overcome the idea of getting rejected from a stranger rather quickly. It is the rejection of a loved one that always makes us emotional. Usually, we take a step forward after knowing someone for a while. After acknowledging our feelings for them, we overcome our fears to let them know the truth. The whole process of conquering one’s fear and letting someone else know about their emotions is quite remarkable.

When after winning such a battle from deep within, we don’t get the expected reply, it breaks our heart. The idea of being rejected itself is a devastating one. We deny the fact and undergo a series of emotions after that unforeseen event.

2. It destroys our self-esteem

If you have ever been rejected by a prospective love interest or even in your professional life, then you can clearly understand how badly it can hurt us. It makes us question our sense of self-worth and we fall into a vicious circle.

“Am I not good enough to be loved?”

These are the kinds of questions that will haunt you for nights after being rejected. It is a known psychological fact that rejection is directly related to our sense of self-worth. We all value ourselves, but a single rejection can make us question our whole self-esteem.

3. It makes us doubt our social connection

After facing a rejection, we keep thinking about that specific moment for a long time. We rewind every word or action of yours. We start contemplating almost everything that we did in the past. We even regret saying a lot of things and the long trail of “what ifs” and “buts” never ceases to leave our mind.

This makes us question our social connection. We think about the ways we communicate with others.

“Am I doing it the right way?”

“Am I surrounded by good people in my life?”

“Did I approach him/her the wrong way?”

From the way you communicate with others to your own connections, you will start questioning almost everything. All of this would be done to identify the root cause of getting rejected. You would get obsessed with the thought of being rejected and that will let you doubt not just yourself, but even your friends and family.

We, humans, are quite judgmental. It is something we can’t stop doing. We like to raise an opinion on almost everything in this world. Ironically, when it comes to us, we don’t really judge ourselves with the same perspective. We always overlook our flaws and focus on the good part. Though, one should always see the good in others, but when it comes to us, we are not really able to acknowledge our shortcomings.

The moment we get rejected, we are bound to see ourselves with a new pair of eyes. An unexpected wave of self-criticism might come with your rejection. Chances are that someone else could have rejected you in the most ruthless way. They could have criticized you by letting you know about almost everything that’s bad in your – and that too in a single moment.

People can be really mean at times. If you have been rejected in a ruthless way, then chances are that you might not take all that criticism constructively.

Suggested read: Tips on how to cope with rejection

5. It causes an emotional turmoil

Needless to mention, after being pushed away from the one thing that we wanted so desperately, we face a plethora of emotions. We all react to a rejection in our own ways. There are a lot of people who become heartbroken after getting rejected and can take a forever to come out of their grief. Emotions like anger, frustration, and agitation are also commonly felt after getting rejected.

We experience a wide range of emotions, which might overwhelm us at times. Though, the most prominent emotions of all would be that of getting hurt. We’d be hurt beyond our comprehension. Nothing makes us whole again. Our heart gets disintegrated into a thousand pieces and we become inconsolable.

6. It diminishes our decision-making ability

It has been observed by researchers as well that a rejected human being shows a significant fall in IQ for a temporary time period. After being hurt and angry, both at the same time, we find it hard to know the difference between what’s right and wrong. We find it impossible to decide what our next move should be.

We highly recommend you to surround yourself with the people you love after being rejected. With a heavy heart and a disturbed soul, you might do something that you will regret for the rest of your life. You won’t be able to decide anything and the entire world would appear like a big blank slate. You won’t be able to comprehend your own emotions, which would make you understand why rejection hurts so much after all.

7. We start focusing on our flaws

When we get criticized for being who we are, we can’t stop focusing on our flaws. The moment you would look at your own reflection, you would see nothing but your imperfections.

The thought of not being good enough for someone makes us belittle ourselves to a great extent. Without thinking straight, we move into a never-ending circle. We simply focus on what’s bad in us. If you think you have a bad habit, then do something to get rid of it. Though, you should understand that there is nothing wrong with being a little flawed. There is no such thing as perfection in this world.

8. It can leave a significant psychological wound

The more you would focus on your flaws, the more you would start hating yourself. A lot of times, rejection pushes others to such a great extent that they start to harm themselves. There is nothing worse in this world than self-harm. You would do everything to destroy yourself as you will become your worst enemy. Rejection can sometimes trigger you to destroy your mere existence, if not handled wisely.

Suggested read: 23 simple ways to love yourself every single day

9. It stops us from taking a leap of faith

Rejection changes us in more ways than one can imagine. You would go through a tough time to put yourself out there in the dating game again. You might stop believing in the mere existence of love. Everything around you would make you sad. You would be so hurt and devastated that the thought of taking a leap of faith or approaching someone else might terrify you to the core. You know you can’t face a rejection again as it might tear you forever.

Rejection can sometimes trigger things like depression and self-harm, which makes it such a crucial aspect of life. It can stop us from thinking straight and might encourage us to take the wrong path as well. Rejection hurts in the most unexpected ways. It can change an entire person and can even bring out the worst in them. This is one of the prime reasons why it should never be dealt with alone. If your heart has been broken or has been rejected by the one you love, then make the right call. Be with your friends and family and give yourself some time. Heal yourself with love, because only it can make you whole again. 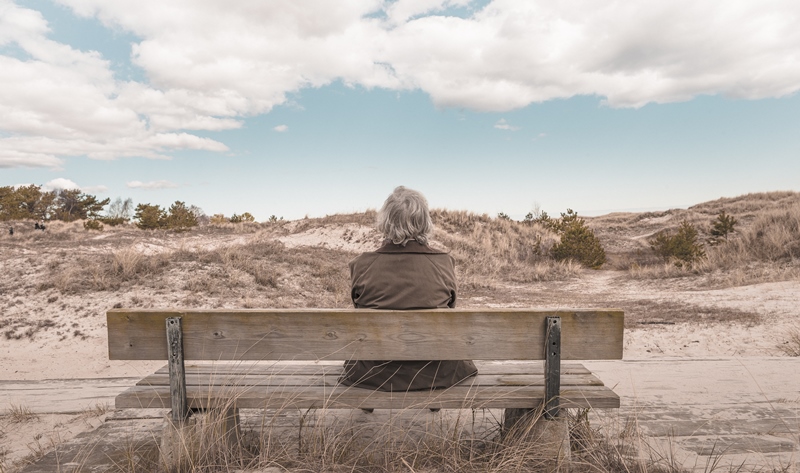