If you think that women’s day is only confined to certain countries or groups, then you got to think again. After all, women’s rights are not limited to a specific group, race, or culture. Women’s rights are human rights and it is high time we embrace it internationally. Ideally, March 8th is celebrated as International’s Women Day. The day is also recognized by the United Nations as women’s rights and world peace day.

While the day holds crucial importance the world over, a lot of guys ask me these days how can they contribute. Well, to start with, we should know about the International Women’s Day history and significance. If you want to bring a difference, then start by educating yourself. As a man, there are so many things that you can do to empower the people around you.

Suggested read: In Support Of International Women’s Day : Here’s Why We Still Need It

As you know, March 8th is celebrated as IWD (International Women’s Day) the world ever. It celebrates the spirit of womanhood in all aspects of life and the world around us. We celebrate the achievements of women in social, cultural, political, economic, academic, and numerous other fields. The day stands for equality and doesn’t signify a particular community. Instead, it is dedicated to all the women in the world. It also encourages men to take a stand and work for equality.

Besides celebrating womanhood and advocating women’s rights, the day also initiates a conversation about various topics. Each year, it has a different theme that is associated with women in one way or another. For instance, in 2018 the theme was “Time is Now: Rural and urban activists transforming women’s lives,” while this year it would be, Think equal, build smart, innovate for change. As the title suggests, the theme is about achieving a gender-balanced and innovative world.

It might surprise you, but the roots of IWD are more than a century old. The movement started way back in the 1900s and gradually become a worldwide phenomenon. Here’s a quick breakdown of the same.

While the debate on women’s rights was initiated in the early 1900s, it was the great march of 1908 that changed the game. You might already know that numerous countries (including the United States) didn’t give voting rights to women back then. It was way back in the 1900s when women demanded the same and wanted to match their wages with men.

In 1908, around 15 thousand women gathered in New York City and organized a peaceful demonstration. They demanded voting rights, better pay, and equal working hours. This was undoubtedly a shift in our culture and ignited the early feminism spark.

The next few years were quite significant not only to the US, but to the entire world. The Soviet Party of America organized their first women’s day (National Women’s Day) on 28th February 1909. The movement gradually crossed borders and ignited the same debate in Europe as well. A conference was held in Copenhagen by the working class women. It was there when the idea of an International Women’s Day was introduced. Since the conference was attended by women from more than 17 countries, it became a worldwide phenomenon.

Therefore, the first ever International Women’s Day was celebrated in 1911 across Europe and North America. More than a million men and women organized rallies and marches, demanding for equal gender rights. The year also saw the famous Bread and Roses campaign as well. Unfortunately, the year also witnessed the tragic fire in NYC that took the lives of more than 140 working women. This shifted the debate to better working conditions for women as well.

Once the movement picked up its pace, there was no looking back. During the peaceful march of World War I in Russia, the movement witnessed a rapid progress. Several women in Russia gathered and organized rallies for world peace and women’s rights on the last Sunday of February. Since there was some confusion among the date across different countries, March 8th was finally decided as International Women’s Day. This has remained the same ever since.

In 1914, the movement picked up and reached in the United Kingdom as well. There was a huge protest and rally organized by thousands of women in London. The focus of the march was world peace and women’s rights. Sylvia Pankhurst was even arrested during the peaceful protest and later become a feminist icon for the world.

As World War I began to affect several nations, Russian women organized a campaign for “bread and butter”. It was a response to the death of over 2 million Russian soldiers and the deteriorating rights for women in the country. The protest picked its paced and continued for the next 4 days. In the end, the government had to agree to the demands and granted women the right to vote. This became a landmark for the women’s rights the world over.

After 1913, March 8th used to be celebrated each year by various institutes, non-profit organizations, and political parties. Though, it was in 1975 when the day was first celebrated by the United Nations and got accepted worldwide. The General Assembly of the UN declared that March 8th would be celebrated as Women’s Rights and International Peace day henceforth. Furthermore, it was also noted that the member nations can celebrate any other day as Women’s Day as per their religious or cultural norms.

Suggested read: Chivalry Must Die: A Young Man’s Thoughts On Women’s Expectations And Men’s Obligations wrt The Code Of Chivalry

Ever since the United Nations marked March 8th as International Women’s Day, it became a worldwide cultural phenomenon. Almost every country started celebrating the day and honored the courageous women belonging to different fields. It was in 1996 when the Women’s Day got its first theme – “Celebrating the past, Planning for the Future”.

Ever since, the day has been associated with a theme each year. Some popular themes of the past are World Free of Violence Against Women, Empower Rural Women, End Poverty & Hunger, Women and Human Rights, A Promise is a Promise – Time for Action to End Violence Against Women, and so on. This year, the theme would be Think equal, build smart, innovate for change.

We have certainly made evident progress in the last few decades, but so much is still left. In the early 2000s, feminism became an unstoppable movement. Today, women’s rights are associated with human rights and are related to every aspect of our life. From equal work wages to domestic violence and human trafficking to partial laws, there are so many things that still need to be worked on.

The new era has certainly seen a drastic shift in women’s rights and is not going to be exhausted. Several campaigns like #BeBoldforChange, #BalanceforBetter, #TheGenderAgenda, #MakeItHappen, etc. have been launched and have created a significant cultural impact. Though, one of the most prominent movements that we have seen in the last few years is #MeToo. The movement needs no introduction and has already created the headlines the world over.

How can I make a difference?

After getting to know about the International Women’s Day history, you must have felt empowered and educated. Now is the time to channel your knowledge and do something constructive. Remember, women’s day is not only celebrated by females, but all of us equally. Here are some suggestions for my brothers who want to make a difference.

Suggested read: #BeBoldForChange 16 Effective Ways In Which You Can Celebrate International Women’s Day This Year

Women’s rights have seen a dynamic shift in the last century. From not being able to cast their vote to now running multi-billionaire firms, our ladies have certainly come a long way. Nevertheless, there are so many things that still need to be worked on. Remember, it is not a fight against a particular gender, but a fight for equality. It is the fight for human rights – which all of us deserves. So on this IWD, I want all my brothers to honor the women in their life and continue to do it for the rest of the year. Get to know more about the theme of the year and make an effort to create a balanced world around you. 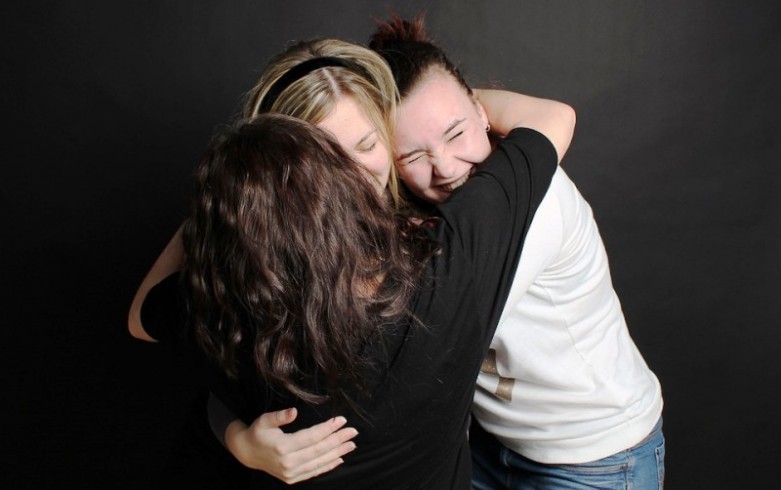