#InternationalWomensDay Celebrating WOMAN: 16 Powerful Female Characters Who Spoke What Was In Our Hearts

Everyone is aware of how the number of movies about women in world cinema is dismal! Nonetheless, there is a silver lining to this drab cloud. There are filmmakers who are exploring different roles played by women in society and are trying to represent and replicate them on the silver screen. This Women’s Day, let us revisit some indispensable feminist films with strong female characters, which deconstruct the gender identity and reconnoitre issues that are pertinent to women, even in today’s world.

1. Eternal Sunshine of the Spotless Mind

In this world of Victoria’s Secret and Barbie, women need to know that they are all f*cked up in their own way. But it’s this awkwardness that makes them unique, right? Be-You-tiful! Don’t try to fit into ‘an idea’ that the world says you are ‘supposed to be!’

Yet again, we have a woman challenging  gender roles, not merely in terms of appearing perfect but in addition to that, in being the flawless housewife! In this age, where even as more women are acquiring degrees, the purpose of it all remains the same: being a better partner, mother, daughter-in-law, and homemaker! That is how her identity is defined! It’s time things change, isn’t it?

Margaret Thatcher, the name alone can make men shiver. Well, frightening men is certainly not a feminist tenet (blimey!), but having a woman as the head of state of one of the most influential countries in the world is certainly, a big shot in the arm for all women aspiring “to do” something!

4. Gone With the Wind

In every woman’s, life there comes a day like this; a day when her back is against the wall; a day when she hits rock bottom. That is also the day of certainty! You know you are meant to be great and you know that no one can stop you from fulfilling your destiny, especially not because of your gender!

One major belief of feminism is that women do not only need to empower themselves but also deliver whatever they have learnt in order to enthuse others who may not be as financially or socially equipped as them. When it comes to being an exemplary teacher, this is the character that comes to my mind!

Based on a real life story, this movie talks about a woman, who, despite lack of a formal education, challenges a million-dollar company, fighting not for herself but for the cause of others! #GirlPower

Judy, Violet, and Doralee rise up against sexual harassment and violence in the office space. The sexist boss might remind you of many people at the workstation!

What happens when your partner cheats on you and then asks you to deal with it? Worse, he threatens you that if you try to leave, he will kill you. Dramatic? Believe it or not, many women are in marriages like this! Watch the movie to know what JLo did to escape when she had had “enough.”

A verbally and physically abusive husband who treats his wife like a personal slave. Whoopi Goldberg’s best!

This movie speaks not only about women who are outspoken and confident, but also learn to take responsibility for their actions in the due course of time.

Shot in the 70s when the feminist movement was at its peak, this movie revolves around a woman’s ‘choice’ to leave her marriage and pursue her career. Bold, even today!

Live your dreams; the future knows no male or female, but only toil!

This is essentially a love story but one cannot ignore the intense female character, Rose. She not only decides to live on after her lover’s death, but also resolves to do so on her own terms. Life goals right there?

A re-telling of the famous novel by Leo Tolstoy, Anna Karenina is the tale of a woman who falls in love outside her marriage. Breaking all shackles that society places on her, Anna shows the nerve to follow her heart.

Suggested read: Why I am not a feminist… and what that doesn’t make me a sexist or a misogynist

To be able to say “no” to a man in those days, despite the fact that you loved him but couldn’t be with him because his ways don’t gel with yours. Total bada*s, I would say!

The movement that made “Right to Vote” possible for us! We owe a lot to these ladies, in particular, Emmeline Pankhurst!

These movies challenged patriarchy in different ways and have given women courage in different parts of the world! Tell us all about your favorite female characters in the comments section below. 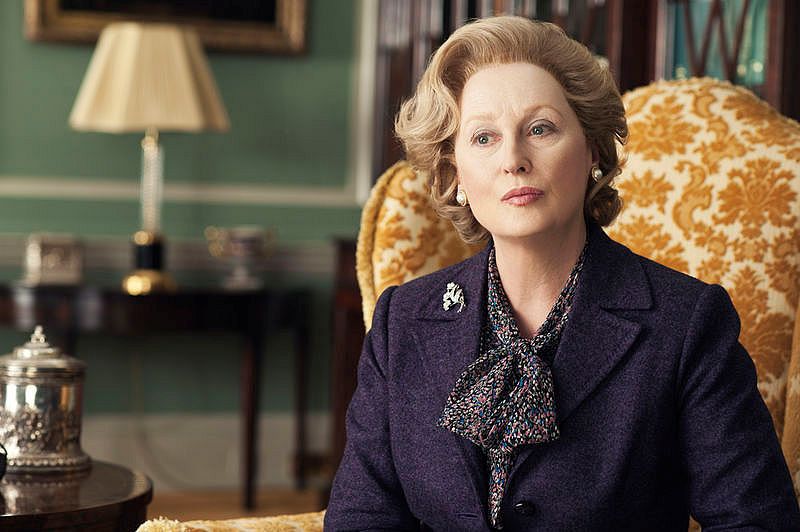 Article Name
16 Powerful Female Characters Who Spoke What Was In Our Hearts
Author
Riya Roy
Description
Because some female characters can leave a mark, even as they are denied their due. #WomanPower